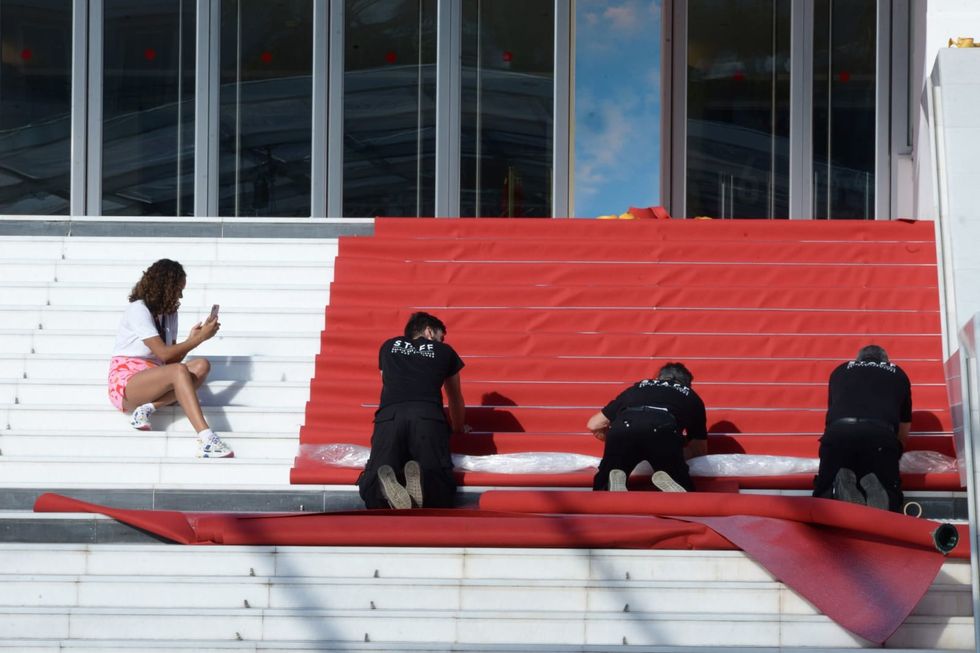 Workers install the red carpet at the Palais des Festivals during the preparations ahead of the 2022 Cannes Film Festival, which will take place from 17 to 28 May 2022. Frederick Injimbert/ZUMA Press Wire/dpa

Ukrainian President Volodymyr Zelensky addressed guests at the Cannes Film Festival via video link on Tuesday as the annual event got under way.

Speaking during the opening ceremony, Zelensky drew a comparison to Charlie Chaplin's film "The Great Dictator" as he called on world cinema not to "remain silent" in the face of Russia's attack on Ukraine.

"Hundreds of people are dying every day," he said. "They will not get up after the final applause."

The film by Michel Hazanavicius is a comedy set in a disused factory where the filming of a low-budget zombie film gets a little out of hand.

US Oscar winner Forest Whitaker, 60, also received a honorary Palme d'Or at the opening ceremony. Whitaker will present his film "For the Sake of Peace" in the French resort. It is about people who are working for peace in South Sudan.

The walls of shops and streets in Cannes are lined with film posters and a large "Top Gun" installation has been set up in front of the Grand Hôtel.

A giant pilot helmet points to one of the most anticipated screenings at the festival.

On Wednesday, Tom Cruise is scheduled to present "Top Gun: Maverick" - the sequel to the cult film from 1986.