Suddenly, there was a terrible roar around us. Whaaaa-reuuuuh-whaa-wha-wha-wha. It was primal and screeching. But the sky didn’t fill up with what looked like huge bats (to my great disappointment). I ran out of the car to the high wooden fence heavily barricaded with chicken wire to spy what was going on. And I heard my…

For every U.S. soldier killed in Afghanistan during 11 years of war, at least 13 children were shot and killed in America.

Zeke Cohen, executive director of The Intersection, a Baltimore youth advocacy group, said the dialogue on guns only seems to pierce the national consciousness when it’s a mass shooting in an affluent white suburban community, such as the one where he grew up.

The American gun debate, he said, rarely takes into account the number of black youth who are murdered every day.

“We as a country tolerate violence when it is in low-income black communities,” Cohen said. “Because we’ve come to accept that the acceptable face of gun deaths is black, we allow it to continue to happen.”

Dawnya Johnson was 11 years old when her already broken life was shattered further. Her mom was addicted to drugs, her dad was in prison, and she was tossed from foster home to foster home. She found solace in her older cousin, but that protection was left on a bloody sidewalk. Johnson’s cousin was shot six times in the back and he bled to death before the ambulance got to the scene. He was 17. 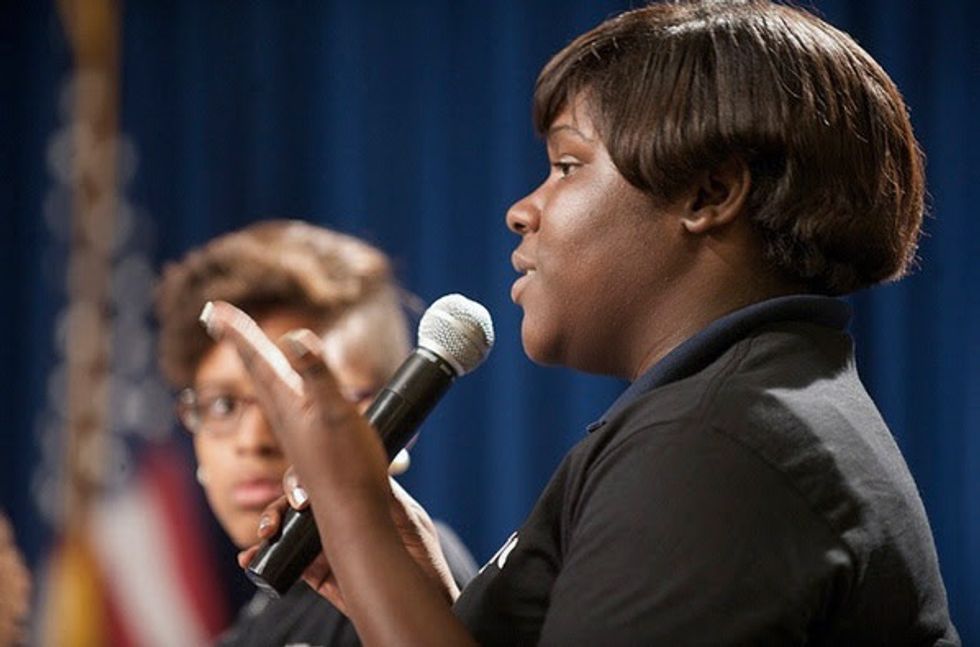 Dawnya Johnson, whose cousin was shot and killed when he was 17 years old, speaks to a group in this undated photo. Johnson is a member of the Baltimore-based Intersection, a youth advocacy group. Photo courtesy of Dawnya Johnson.

“He had taken on the role of two people who were unable to take care of me at that time,” Johnson said. “This beam of support had been ripped from under me.”

Her cousin had lost his job and started selling drugs to make ends meet. When Johnson’s foster families wouldn’t give her food or buy her clothes, he always found a way to get her what she needed.

“My cousin made sure that I had the basic stuff and that I had Nikes and looked fresh every day,” Johnson said. “No kid would ever know if we were homeless or I was hungry walking in the door.”

A young black girl growing up on her own in inner-city Baltimore, in a state with one of the highest percentage of black youth gun deaths in the nation, she said she doesn’t live in fear.

“I’ve become desensitized to fear,” Johnson said. “Once something happens so many times and it repeats itself it becomes something that you don’t fear.”

Jennifer Rauhouse, executive director of Peer Solutions, an Arizona-based organization that looks to prevent violence from occurring, said gun violence was a manifestation of other issues, such as child abuse, sexual abuse and bullying.

“If we don’t get to the heart of the question of gun violence, we’re doomed,” said Rauhouse, who founded the organization.

It’s not enough to react after a shooting, she said. Steps have to be taken to prevent that sort of violence from occurring in the first place.

Eli Chevalier, a high school senior and member of Peer Solutions, said the group works to prevent violence by teaching middle- and high-school students that respect and equality are the norm, not violence.

“People won’t turn to drugs and violence if they have respect and equality in their lives and in their relationships,” Chevalier said.

Cohen started The Intersection, a Baltimore youth advocacy group, after he was held at gunpoint in his Maryland apartment and realized how many kids live with gun violence in their neighborhoods. Johnson, an active member and student leader of The Intersection, lives with it every day.

“For my students, it’s having hope and feeling like they are playing a constructive role in bettering their communities,” Cohen said. “One of the challenges when you’re dealing with communities is that the victims of the gun violence often have a feeling of disenfranchisement.”

All of the students at The Intersection have been affected by gun violence. They’ve lost family or friends, been shot at or caught in shootouts.

“Our students are attempting to change that narrative and dismantle the amount of violence in our city,” Cohen said.

The state of Maryland had one of the highest percentages of black youth gun deaths from 2002 to 2012. In 11 years, more than 600 black kids were shot and killed in their homes or on the street.

“Kids are getting killed, but the reality is America has played such a role in shaping these communities, there is a responsibility that we have to solve this problem,” Cohen said.

The conversation can’t be just about guns, it’s more about racism and poverty, he said.

“There is too much access. It’s easier for a child to buy a firearm in Baltimore than it is to buy a pack of cigarettes,” Cohen said. “The less guns that are available, the less gun deaths we are going to have, but that doesn’t solve the problem.”

“This is not a Maryland problem, this is an American problem.”

One gun, one moment

Suicides by gunfire, on the other hand, made up the majority of gun deaths among white youth, accounting for an average of 644 every year.

“A gun doesn’t cause the suicidality, but a suicidal person with access to a gun is far more likely to die from an attempt than someone using another method,” said Elaine Frank, the director of Counseling on Access to Lethal Means. “It’s the combination of accessibility, familiarity, lethality and really short time frame that’s offered by a firearm.”

In New Hampshire, where CALM is based, more than 95 percent of all young people killed by guns were white youths and 70 percent of them committed suicide, News21 found.

As a former program director of the injury prevention center at the Children’s Hospital at Dartmouth in New Hampshire, Frank helped develop a state plan on suicide prevention, from which the state developed a suicide prevention council. According to Frank it’s not the gun laws that are going to prevent suicide - it has to be more of a family, community and cultural change.

“We are not anti-gun, we aren’t saying that gun use is a problem or gun ownership is a problem,” Frank said. “What we are opposed to is gun misuse and we do consider the ill-attempt by a child misuse.”

With a fairly rural culture, New Hampshire kids grow up with guns and are taught gun safety. They are familiar with firearms and most teenagers know where the guns are kept.

“If someone is suicidal and if they have easy access to highly lethal means, specifically firearms, it greatly increases the risk that if they do make an attempt it will be a lethal attempt,” Frank said.

Vermont, another rural New England state, also is facing the problem of youth suicides, with 73 percent of its youth gun deaths being suicides.

“Particularly in young people, the time of risk is often very short,” Frank said. “The time from making the decision to make an attempt, to actually making an attempt can be very, very short. There’s not enough time to say I don’t want to do this.”

Unintentional bullets are just as destructive 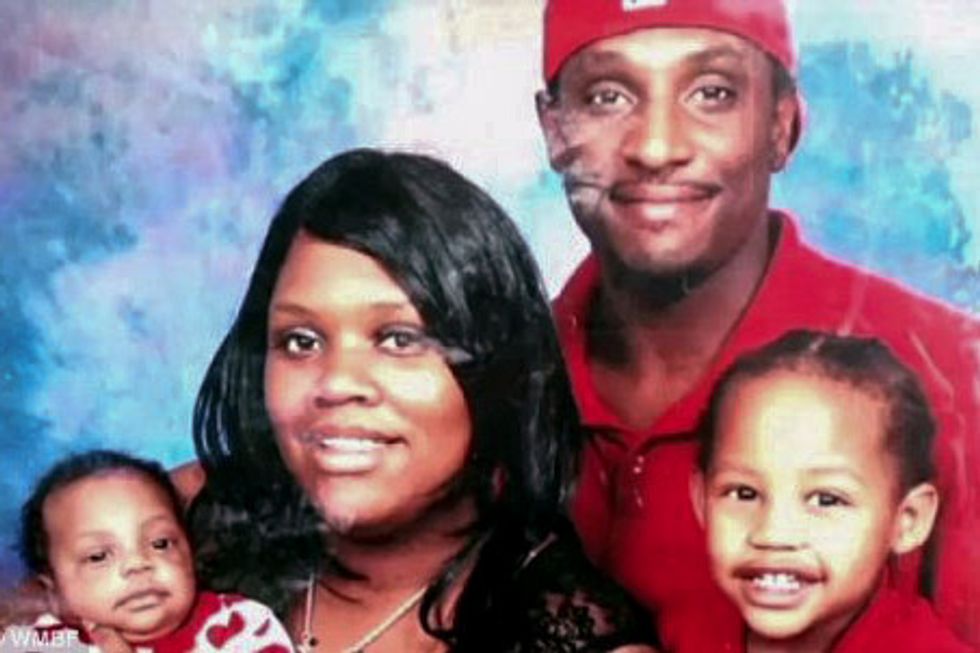 Sincere Tymere Smith, 2, fatally shot himself on Christmas day in Conway, S.C. The gun was his father's, who bought it after someone broke into his home. Photo courtesy of WMBF-TV, Fox Carolina.

Accidents involving guns are the third-largest cause of firearm deaths for youths, after murder and suicide. More than 1,100 kids have been killed by a gun that accidentally discharged, the News21 analysis showed.

James Parker was 12 years old when he was accidentally shot and killed by a family member. He was hunting with his dad, uncle and step brother in Wake Forest, North Carolina, when a shotgun blast took his life.

Sincere Tymere Smith was 2 when he fatally shot himself with his father’s gun on Christmas in Conway, South Carolina. His father, who bought the gun after a previous break-in, was charged with involuntary manslaughter after the toddler grabbed the gun as it was lying on the table and shot himself in the chest. 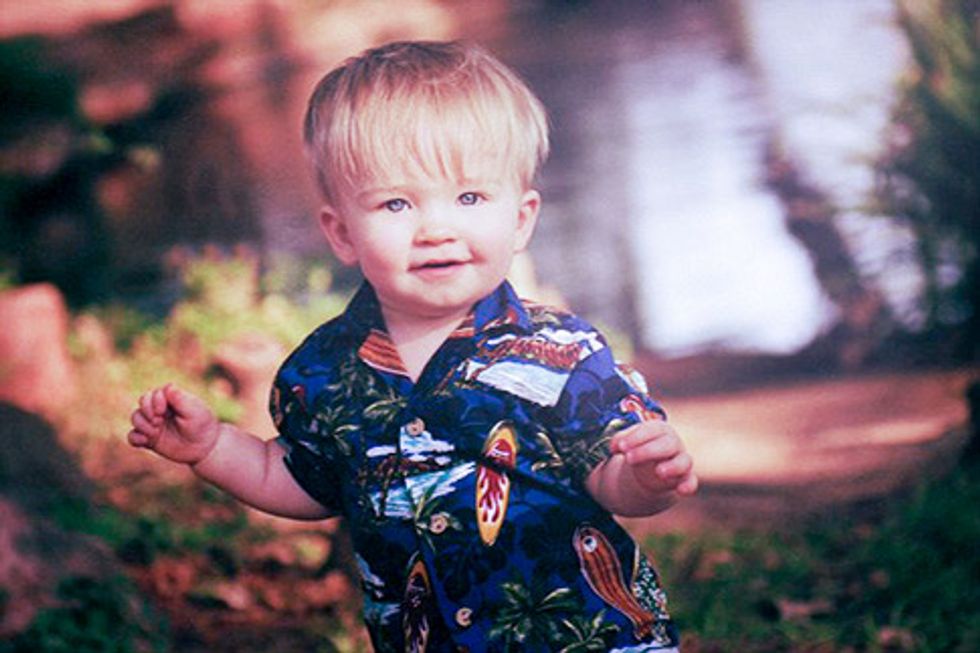 Ryder Rozier, 3, shot and killed himself in Guthrie, Okla., after he found his uncle's gun. Photo courtesy of Elite Daily.

Ryder Rozier was 3 when he stumbled across a gun in his uncle’s bedroom and shot himself in the head in Guthrie, Oklahoma. The gun belonged to his uncle, a state trooper.

Neegnco Xiong was 2 when he was shot by his 4-year-old brother, who found a gun under their father’s pillow in Minneapolis. The gun did not have a safety on it. The father was charged with second-degree manslaughter and endangerment of a child.

William Rees was 14 when he shot himself at his grandparent’s house in Fremont County, Idaho. He was shooting targets when his pistol went off and pierced his abdomen.

“Any gun that ends up in the hands of a child is first passed through the hands of an adult,” said Colette Martin, a member of Parents Against Gun Violence. “We have a lot of responsibility and accountability when it comes to legal gun owners who allow children to access their guns unsupervised.”

Teens between 15 and 19 were the most likely to be killed by the unintentional pull of a trigger, accounting for half of such deaths. 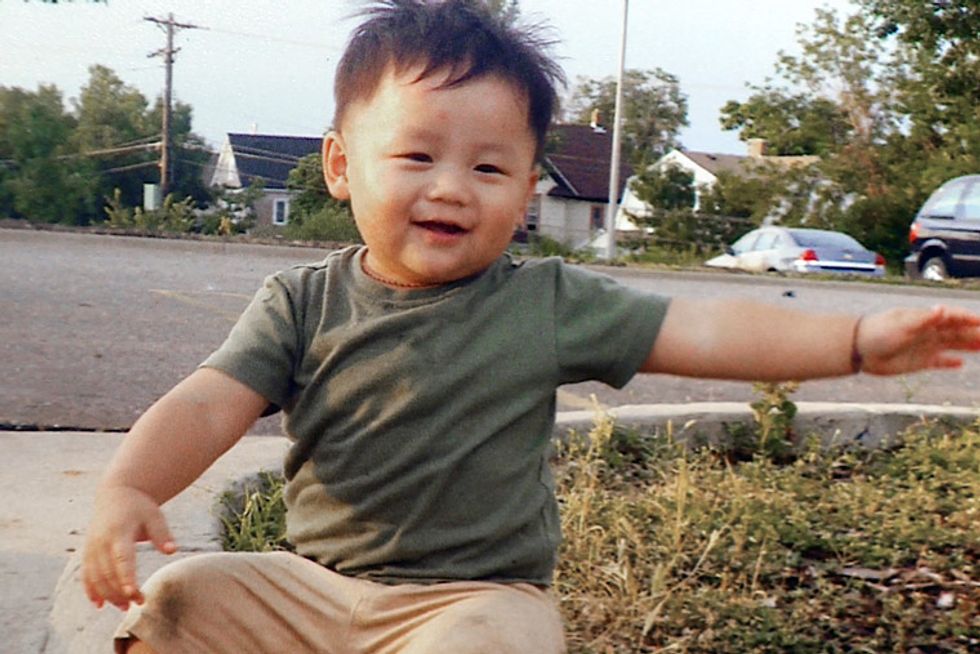 Neegnco Xiong, 2, was shot and killed by his older brother in Minneapolis. The 4-year-old found his father's gun under a pillow. Photo courtesy of WCCO-TV, CBS 4, Minnesota.

“These are the cases that keep me up at night because they are 100 percent preventable,” said Martin, a gun owner and stay-at-home mom, “and I will not be swayed from that belief.”

Whether homicide, suicide or accident, every four hours a child’s life was taken by a bullet during the 11-year period from 2002 to 2012. That’s the equivalent of the Sandy Hook massacre every three days.

More than 19,000 high school-aged students never got to walk across the stage and get a diploma.

“No gun law is going to change anything at this point,” Rauhouse said. “We make it about the guns and we’re not worried about our kids. People should be focusing on why gun violence exists and trying to prevent it from occurring.”

Other gun control activists argue that laws for gun storage need to be implemented.

“Gun-storage laws with teeth behind them would stop some of the gun deaths that happen in homes,” said Martin, of Parents Against Gun Violence. “It’s a really important piece of federal law that’s missing. Responsible gun owners do it already, it’s not an infringement of a Second Amendment right.”

There are currently 28 states and Washington D.C. with a child access prevention law, according to the Law Center to Prevent Gun Violence. These laws impose criminal liability on adults who do not properly store their guns when children are in the house.

“The gun lobby is very powerful. Elected officials are out of step with what the general public wants,” said Gerry Hills, founder of Arizonans for Gun Safety. “Americans are not serious about protecting youths and preventing gun violence.”

By Kate Murphy and Jordan Rubio

[Man holding a gun via Shutterstock]