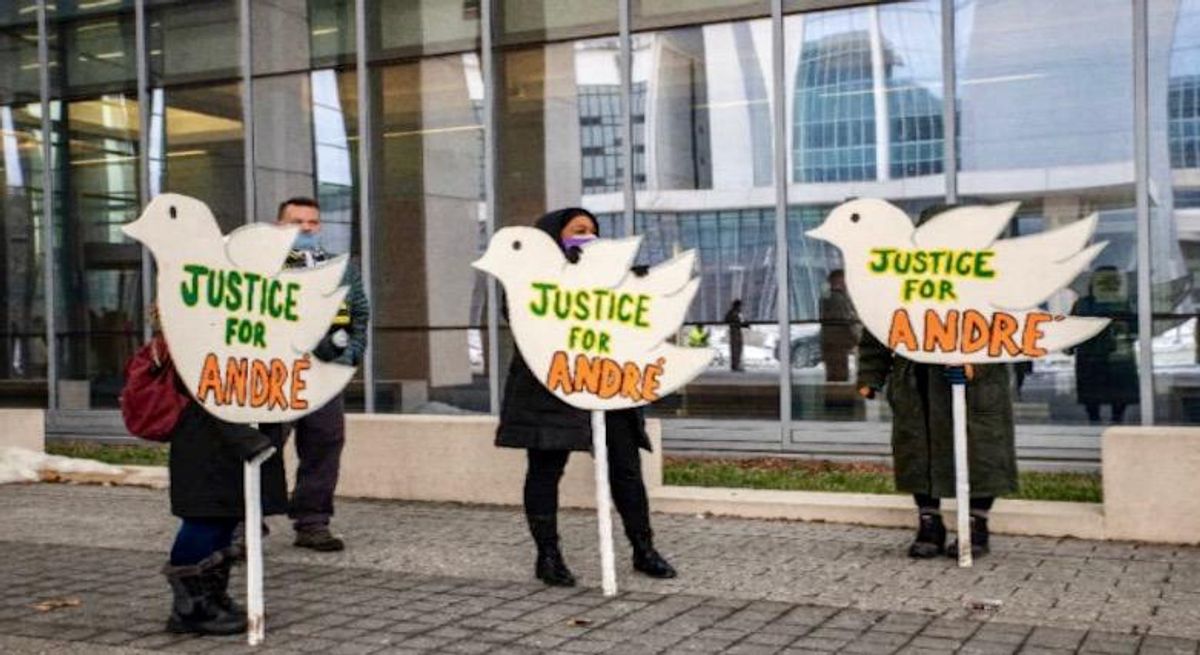 Protesters hold signs outside a courthouse in Columbus, Ohio, calling for justice for Andre Hill(AFP)

Coy, who is white, was subsequently dismissed from the police force and faces murder charges.

Columbus City Attorney Zach Klein said the $10 million settlement is the largest in the history of the midwestern city.

"We understand that because of this former officer's actions, the Hill family will never be whole," Klein said in a statement.

"No amount of money will ever bring Andre Hill back to his family, but we believe this is an important and necessary step in the right direction."

Attorneys for the Hill family thanked the city for "doing the right thing" by reaching the settlement and agreeing to name a community center gymnasium after Hill.

"Now all those involved can begin to heal," they said in a statement.

Hill was in the garage of a house when Coy and another officer arrived on the scene in response to a minor complaint.

Seconds before Coy opened fire, bodycam footage shows Hill walking towards the policeman holding a cell phone in his left hand, while his other hand cannot be seen.

Hill's shooting came seven months after the death of George Floyd and sparked a fresh wave of protests against racial injustice and police brutality.

Minneapolis police officer Derek Chauvin was convicted of murder last month for Floyd's death and is to be sentenced in June.

The city of Minneapolis reached a $27 million settlement with Floyd's family ahead of Chauvin's trial.