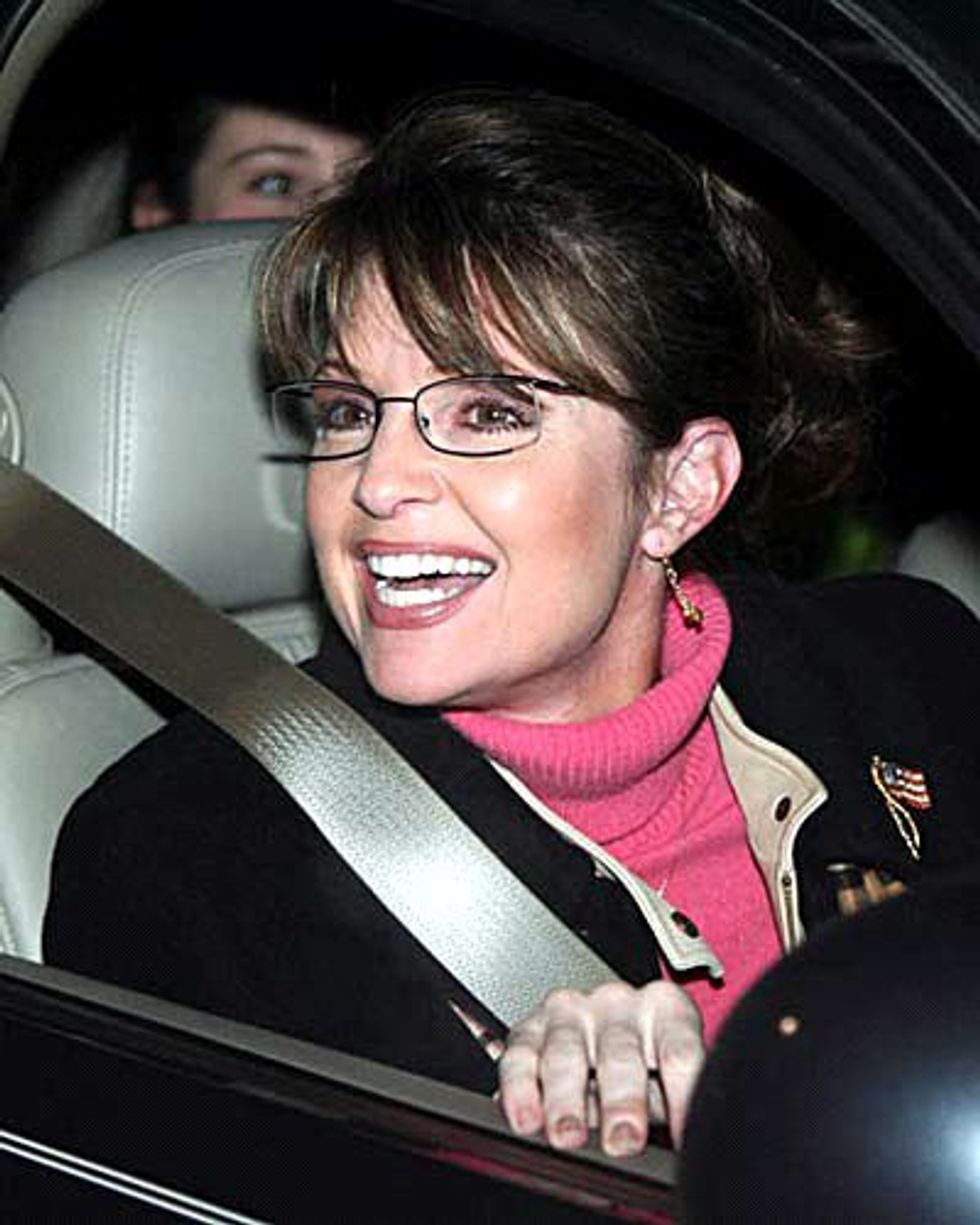 And writers who don't know about sports should probably avoid sports metaphors. But like the belligerent bitch feminist of the "you so ugly" variety, I'll push on like I have a right.

The LA Times has asked me back to Dust-Up to write all week about Governor Palin and the death knell of the common sense definition of what a feminist is. (Much of the mainstream media appears to think a feminist is any woman who have ever been paid to do work. This is in contrast to what feminists think a feminist is, as well as the dictionary, which is someone---male or female---who supports women's full equality.) Last time, they put me up against Katha Pollitt, which meant two things: 1) I was outclassed* and 2) we agreed a lot. It was nice, but this time, it looks more like fireworks, because I'm up against Katherine Mangu-Ward, a libertarian and an editor for Reason.

This puts me in a weird spot, because I feel it's probably unprofessional to ignore the questions and write about libertarianism's roots in apartheid South Africa and point out that tax evasion is second only to child support evasion in childish responses to adult responsibilities disguised as political ideologies. Plus, I'm sure Mangu-Ward is a very nice person, and occasionally Reason has some real reason to it.

But I don't have to talk about libertarianism and South Africa, because I got Thomas Frank on the phone and made him talk about it! He's promoting a book I just zipped through, The Wrecking Crew: How Conservatives Rule. I put a sample of it on this week's Reality Cast, but you can get access to the entire thing by subscribing to my feed on iTunes. If you're a weak punk who doesn't want to subscribe to my podcast (this week, I also cover the Bristol Palin bonanza, the DNC, and the bashing of stay at home fathers---all under 25 minutes!), I suppose I'll let you download the Thomas Frank interview here. But you should subscribe. Because if you don't, you might forget to listen to it next week, where I reveal that I just learned that the Kate Perry version of "I Kissed A Girl" is not actually a cover of a song by the same title that's much better by Jill Sobule.

I was worried that the comments at the LA Times were going to be mindless pap, but by the 4th one in, someone has pointed out that if the Obamas belonged to a sessionist party, the country would be in an uproar. But here we have an actual person who flirted with treachery being maudlin about a bag of flags. This country has lost its mind.

*But on the whole, I was really happy at how it went and think I managed not to look like an ass.