The pains of being "fair and balanced" 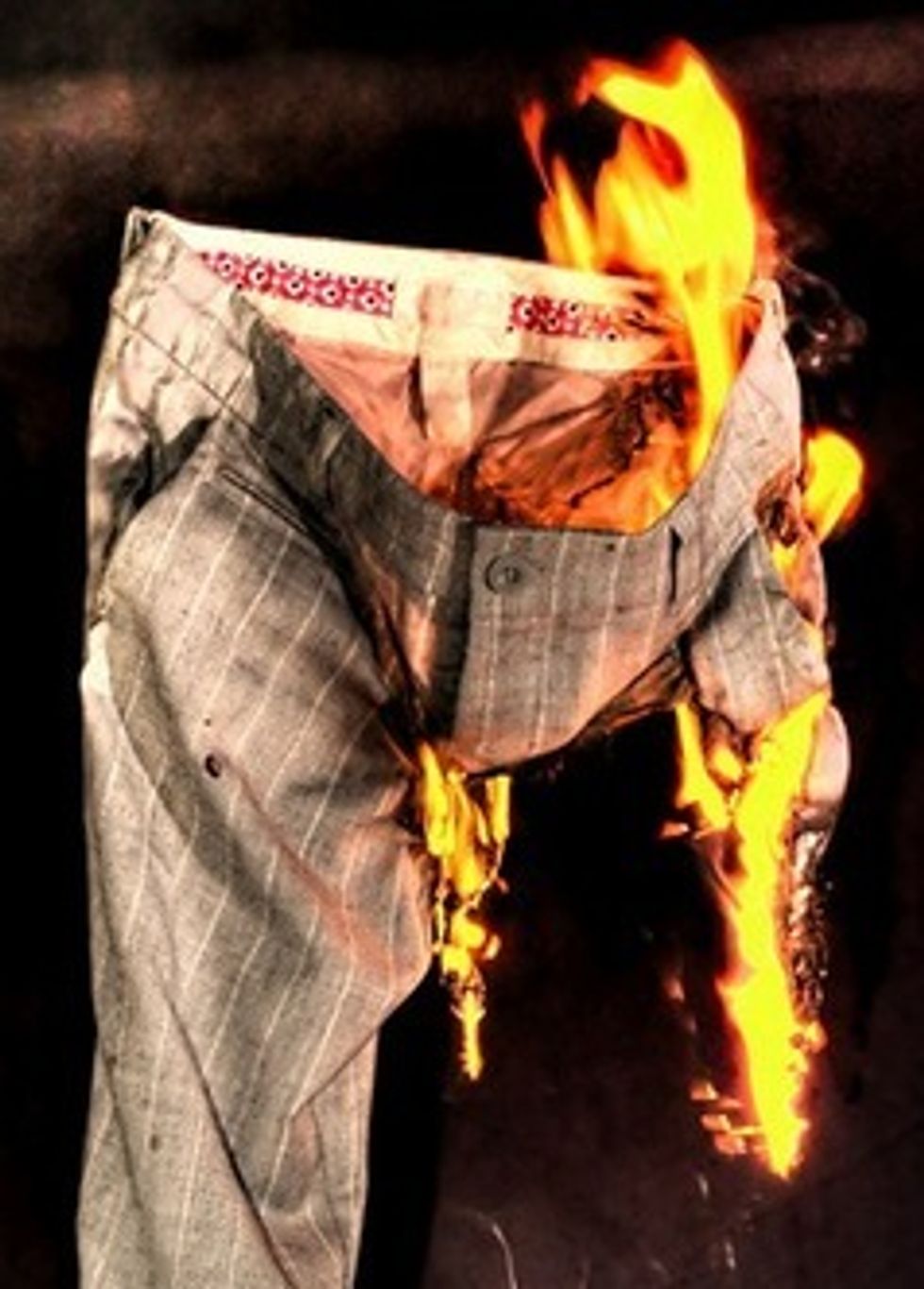 Salon has put together a list of the 11 most bogus media stories of 2009. A few of them, such as the balloon boy hoax or Lady Gaga's non-existent penis, are just those silly stories that capture the public imagination from time to time. I don't actually mind those stories---except in the case where the coverage gets so intense it starts to seem like a human rights abuse of its targets, such as the Tiger Woods story (which didn't make the top 11!)---because you often learn something about your fellow Americans by which stories fascinate them. Then there are a couple of others, such as the phony Abu Gharib story and the overblown role Twitter was given in the Iranian protests, that I can chalk up to a weird confluence of events. But the majority of the stories fit one theme. See if you can guess what it is:

*Obama bowed to the Emperor of Japan

*Some scientists said something in a private email that could be taken out of context, so THERE IS NO GLOBAL WARMING SHUT UP AND START DRIVING A HUMMER

I'm sure you guessed correctly. All of these bogus stories are right wing conspiracy myths and/or hoaxes that were taken seriously by the mainstream media when they should have been debunked immediately. By compiling this list, Salon does create an excellent run-down of how much right wing bullying of the mainstream media has been effective. Right wing bullies claim they want a better media, but it's obvious here that they want a worse media, one where common sense and reasonable reporting are thrown out the window, and whatever the Drudge Report claims is news goes.

How did this get so bad? Well, it's been dealt with before, but it bears repeating---it's surprisingly easy to guilt-trip the mainstream media about the "unfair" treatment right wing ideas get just because they're crazy and full of shit. Many in the media are desperate for an opportunity to show how fair-minded they are, and so they too quickly pounce on an opportunity to say, "Okay, the right wingers are right on this one." This is true, no matter how many times the right wing nuts burn you. No one wants to be caught with their pants down on that one day that the right wingers actually land a fair punch, without lying or misrepresenting the situation. Then you will be accused until the end of time of not being fair-minded, simply because you exercise reasonable caution with people who are known liars and charlatans, who repeatedly and openly lie to you over and over and over again.

Hey, the right wing nuts did land one blow this year. Many of them were on the side of right on---of all things!---a rape case. If Roman Polanski hadn't been the epitome of a hated Euroweenie film director with rich friends, though, I hardly think the same crowd that tends to dismiss women at every turn would have stumbled into being right on this one. But there you go. If you want to score a point for being fair-minded to people who have proven that they don't have an ounce of respect for the truth, there's your point.

Not that bloggers don't do it, too. Feminist bloggers are easy to guilt trip, and I say this as someone who has to monitor herself for this very thing. Sarah Palin and her followers exploit this to the hilt, demanding that feminists be outraged at every little thing that happens to her, whether real or imaginary. Liberal bloggers aiming to be serious are easy to hoodwink, too. If you're a right wing nut who wants to play them for fools, all you have to do is be not-crazy on some issue, and they'll be so eager to show they're fair-minded that they'll rush to ignore the fact that you are batshit crazy until you do something so batshit they have to throw in the towel. Ross Douthat managed to ride that train until he got a spot at the NY Times, where the elevation of his position made it impossible to ignore what a megawatt asshole he is, and how he has no qualms about giving air time to overt right wing lies.

In other words, right wingers get a handicap. It's almost like we pity them for their continued inability not to ever get anything right, and so we toss them "gimmes" like the ACORN debacle so they can be right once in awhile, even when they're not. Clearly, we all think right wingers are mental children, or else we wouldn't play along with their delusions on occasion to make them feel better, relieving them of the responsibility not to be lying assholes. But, as the ACORN debacle shows, real human beings pay the price when everyone pretends that we're not seeing what we're seeing in order to throw right wingers a bone. It was shockingly obvious how much a put-on those videos were, if you actually bothered to watch them. Voice-overs? Giggles? Heavy editing to imply that things happened in offices where they didn't? The obviously fake costumes that precluded anyone actually taking them seriously? The lying about how often the cops were called on their asses?

I refuse to believe that there are that many fools in the mainstream media. It was all a matter of throwing the right wingers a bone, handicapping things so the mental children can play with the grown-ups. (Like letting kids have more money or more chances to buy property when playing Monopoly.) Even Jon Stewart played along. The problem is that right wingers aren't children, and they shouldn't be treated like children. And indulging their lies to make it "fair" was deeply unfair, to ACORN and all the people that they help. Sure, ACORN has serious management problems that need to be addressed. But that wasn't the purpose of this stunt, and that wasn't its effect, either. Instead, people lost their jobs, ACORN lost its funding, and a whole lot of people who need help will go without. So that the mental children get to play and feel important, too.

The lesson for 2010 should be this: Remember the story about the snake and the mountain. When right wingers float a story, you are not obliged to take it on good faith. They are snakes, and they will bite. Heavy duty skepticism should be your automatic response when dealing with known con artists. If, after the story has been thoroughly and skeptically researched, they have a point, okay, give it to them. That won't happen often, if at all. But if they actually are held to the same standards as everyone else---i.e., they don't get to float obvious bullshit as legit stories---maybe they'll actually try harder to produce something real. Or give up, which is more likely.