GOP aides tell RNC chairman's staff: 'You really have to get him to stop' 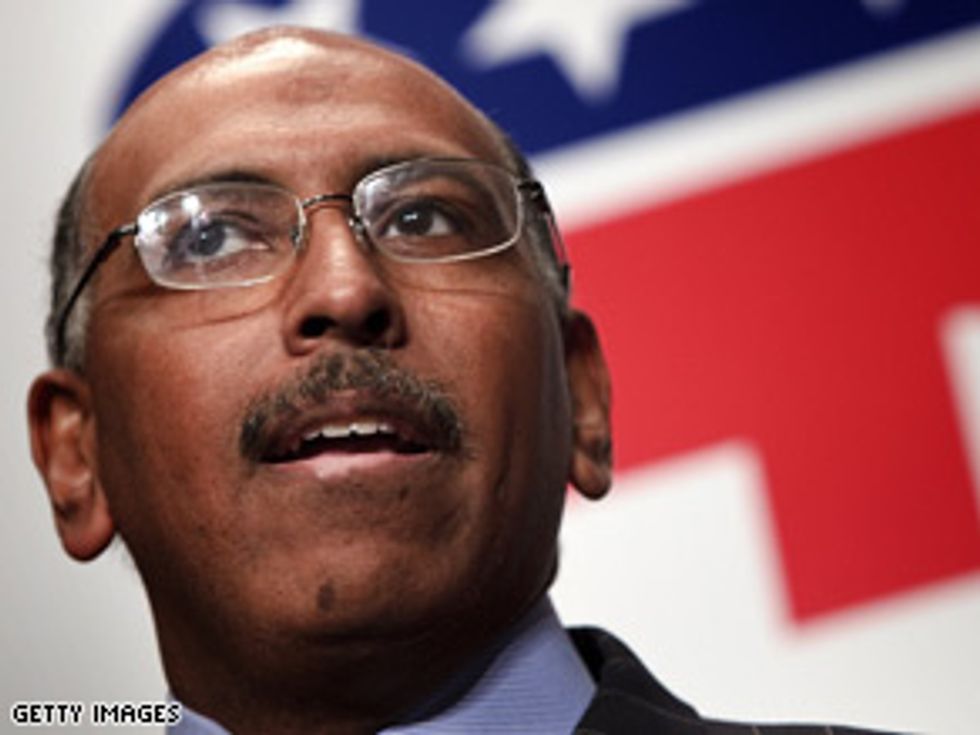 Aides to Republican congressional leaders confronted the Republican Party chairman's staff on a conference call Wednesday, an exchange revealed late Thursday in The Washington Post and earlier in the afternoon on Hotline. The aides contend that Steele -- the face of the Republican Party -- is creating a bad brand with off-the-cuff remarks.

"You really just have to get him to stop. It's too much," a top congressional aide purportedly said on the call.

"Steele is setting us far back with his comments and it needs to stop," an aide said, according to 2 sources who were on the call.

In an effort to soothe feelings, a senior House aide interrupted and said he sympathized with RNC aides. But, he added: "You're putting our bosses in tremendously difficult situations...."

After an awkward silence, another aide spoke up: "You really need to have him be quiet." The call ended shortly thereafter.

According to The Post, the call devolved into "a bickering match," with one GOP congressional staffer accused Steele of launching "a Republican apology tour at the exact wrong time," and another asserting that Steele was appearing on TV "unprepared and unknowledgeable."

Steele's staff asserted that they have no control over what he says in his public appearances, and that an outside public relations firm handles many of his bookings.

According to the report, the waters have gotten so stormy that some Republican fundraisers are withholding donations to the RNC out of frustration with Steele.

In an interview with ABC radio Thursday, Steele told his GOP critics to "shut up."

"I tell them to get a life," Steele remarked. "I'm looking them in the eye and say, 'I've had enough of it. If you don't want me in the job, fire me. But until then, shut up. Get with the program or get out of the way.' "