Group offers $10,000 to disprove 'marijuana is safer than alcohol' claim 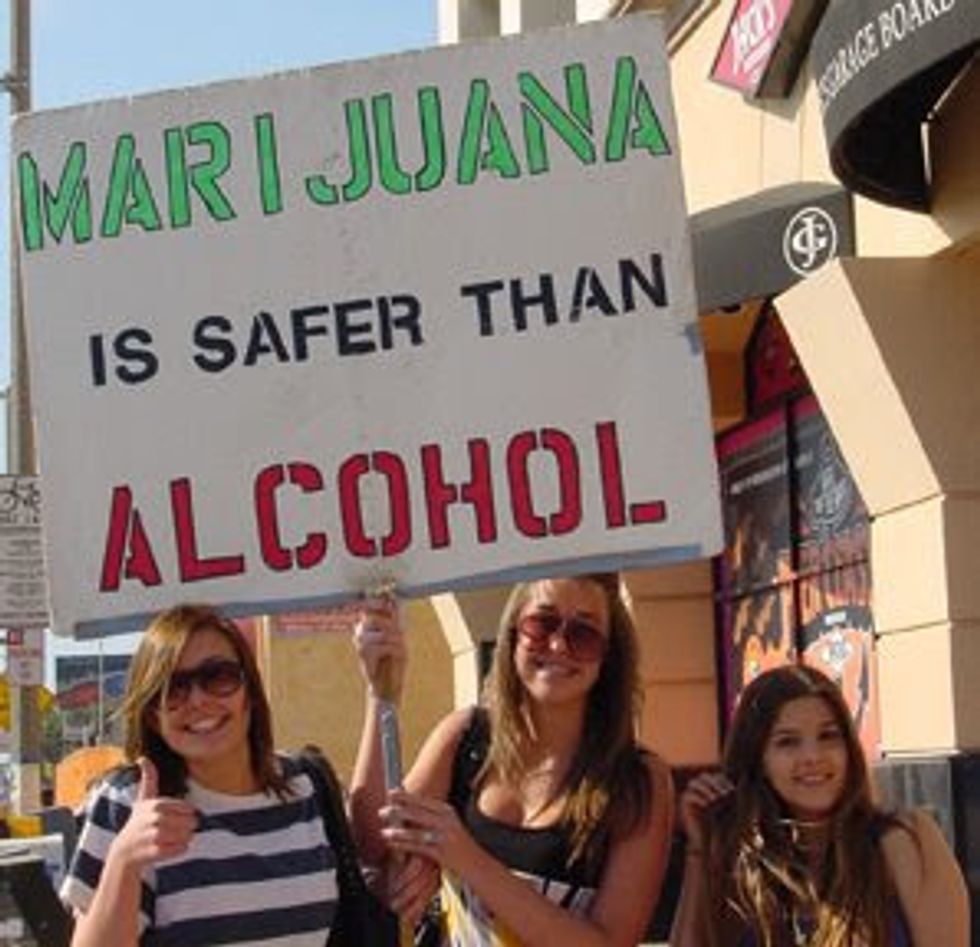 The Safer Texas Campaign is offering $10,000 to anyone in Texas who can prove that three statements claiming marijuana is safer than alcohol are incorrect.

The three statements are:

"We are confident that this $10,000 will not be claimed," said Safer Texas Campaign manager Craig Johnson, when he posed the challenge.

The challenge echoes the theme of a book recently published by marijuana policy reformers, entitled Marijuana is Safer: So Why Are We Driving People to Drink?.

The book was authored by Steve Fox of the Marijuana Policy Project, Paul Armentano of NORML, and Mason Tvert of Safer Alternative For Enjoyable Recreation.

In an excerpt from their book published on AlterNet, they write that "researchers estimate that every year approximately 600,000 students between the ages of 18 and 24 are unintentionally injured while under the influence of alcohol."

"Of course, those who drink are not the only ones adversely affected. Even more disturbing is the number of injuries to others that are caused by students under the influence of alcohol. Each year approximately 700,000 students between the ages of 18 and 24 are assaulted by students who have been drinking."

Noting that many universities have begun trying to educate their students to consume alcohol responsibly, Fox, Armentano, and Tvert question why it is "not appropriate to suggest that they should 'party responsibly' with a less harmful substance like marijuana instead?"

Unlike alcohol, they say, marijuana is not associated with assault or rape.

"Every objective study on alcohol and marijuana has shown marijuana is a much safer substance than alcohol to both the user and to society," the Safer Texas Campaign writes in a statement.

The challenge proposed by the Safer Texas Campaign comes during growing debate over marijuana legalization in California. If passed by a statewide ballot, Proposition 19 would legalize recreational use of marijuana.

Some opponents of marijuana legalization claim it would have adverse affects on businesses because it would prevent employers from using the result of a marijuana drug test to screen out job candidates.

"It creates a whole new protected class of employees and ties employers' hands in maintaining a drug and alcohol-free workplace," Erika Frank, general counsel for the California Chamber of Commerce, told MarketWatch.

"It's uncharted territory," she said. "There are a lot of ambiguities the initiative creates that unfortunately won’t be resolved until employers are sued."

"If our elected officials can take millions of dollars from the alcohol industry, and make it easier for alcohol distributors to sell alcohol in cities, they simply do not have the credibility to continue marijuana prohibition and punishing adults for making the safer, rational choice of using marijuana instead of alcohol," said Johnson.

Proposition 19 faces an uphill battle, despite the fact that its proponents just received a $1 million gift from billionaire George Soros. According to a CNN poll released on Wednesday, 53% of likely voters oppose Prop 19 while 45% support it.