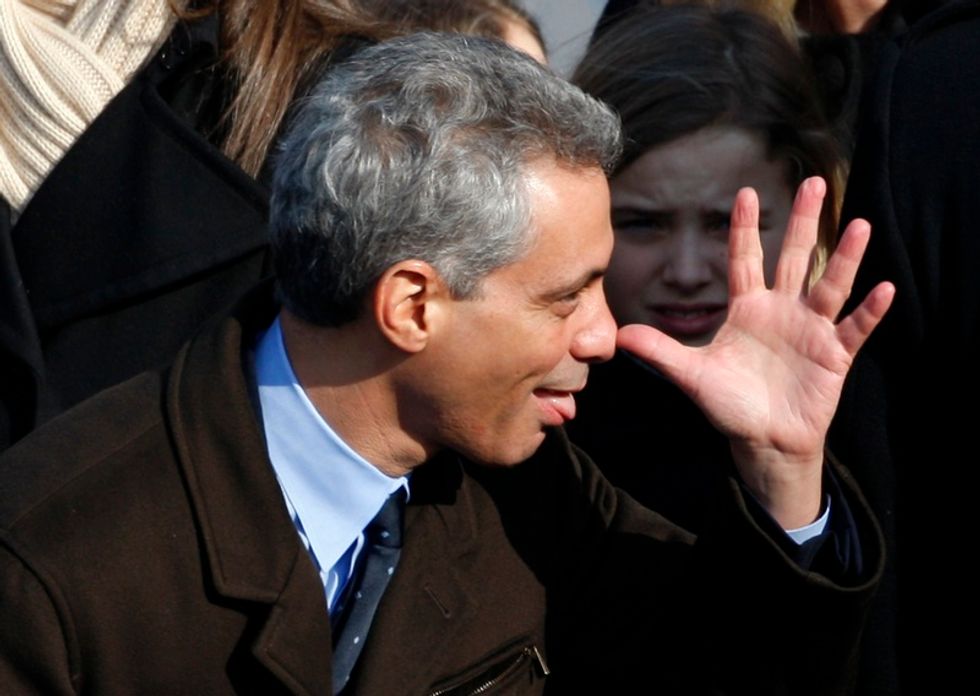 President Barack Obama's bruising chief of staff Rahm Emanuel will face a crowded and tough race when he returns to Chicago to vie for the mayor's office, experts say.

Obama is expected to give Emanuel's campaign a major boost Friday by announcing the departure of his political enforcer and long-time friend at a press conference in the East Wing of the White House.

That endorsement will certainly "carry some weight" given how popular Obama is in his adopted hometown of Chicago, said John Brehm, a political science professor at the University of Chicago.

"But city politics are really 'what's in it for me' situations for many voters," Brehm said in a telephone interview.

"I don't know that Emanuel will be able to count on being able to portray that."

Emanuel, who aspires to be the Windy City's first Jewish mayor, will need to gain the support of labor and a significant portion of the African American and Hispanic vote if he is to survive the February 22 primary and win the April 5 runoff, Brehm said.

The coveted post has been held for the past 21 years by Mayor Richard M. Daley who maintained a king-like power, much as his father Richard J. Daley did in ruling the city from 1955 until 1976.

Daley, who once bulldozed the runway of a downtown airport in the middle of the night so he could transform it into a concert venue and nature sanctuary against the wishes of the state government, shocked the city with his decision not to seek a seventh term earlier on September 7.

Emanuel, a former fundraiser for Daley who has made no secret of his mayoral ambitions, was immediately seen as a top contender.

But he is taking a gamble in giving up what is arguably the second most powerful job in the world to run for a regional post, said Chicago Sun-Times political reporter Abdon Pallasch.

"I would hope that he's a smart enough guy to recognize just how tough a challenge this is going to be," Pallasch told AFP.

"There will be candidates who speak with a more authentic, gritty mouth-in-the-side-of their-cheek voice than Rahm Emanuel, who speaks like he grew up in the suburbs. And that's going to be a liability."

Emanuel, who has not yet officially announced his candidacy, is already being labeled as a carpetbagger after spending much of the past two decades in Washington.

He served as a senior advisor in the Bill Clinton White House from 1993 to 1999, was elected in 2002 to the US House of Representatives from the district which encompasses a slice of Chicago and a handful of suburbs, then moved his family to Washington after resigning from Congress in 2008 to become Obama's chief of staff.

Much political hay has been made of the fact that Emanuel has reportedly had to look for a new apartment in Chicago after his tenants refused to terminate their lease.

And the Chicago Tribune ran an editorial cartoon Thursday mocking the city's loose residency requirements depicting Emanuel standing in line at the board of elections with an Eskimo, Big Foot and an alien.

But the attraction to the mayor's office is clear, Pallasch said. It has always been a political "holy grail" and offers a far more direct and focused kind of power.

"As chief of staff at the White House, if you want to do something you need to get 60 seats in the Senate, you need to get 250 votes in the House and if you can't, things don't get done," Pallasch said.

"For the last 21 years in Chicago under Daley, you want to get something done, you snap your fingers and get it done."