Gender, power, and the Giffords shooting 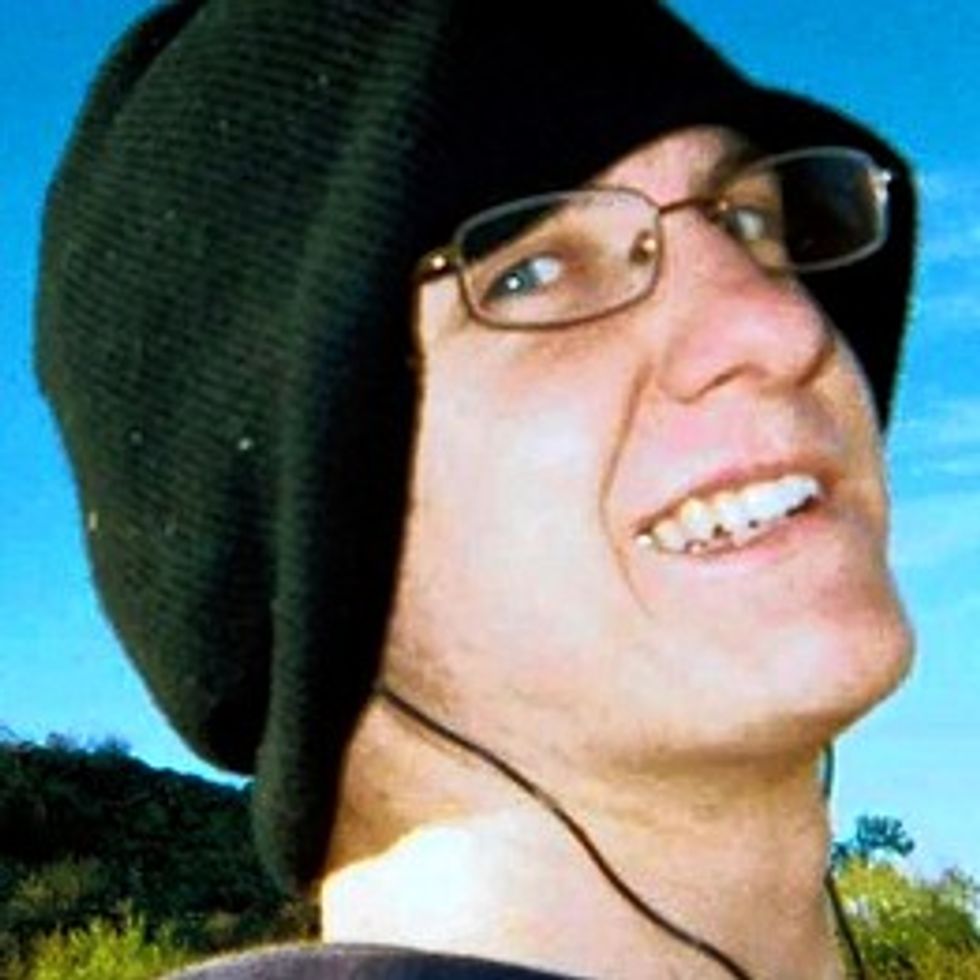 One aspect of this whole discussion about violent language that's going under-discussed is the role that anxious masculinity plays it. Finally, Jessica Valenti broke out and talked about it. I think part of the reason people are afraid to say it out loud is because people on the left, especially men, are nearly as afraid of being called a girl as anyone else. I have no idea why there's so much castration anxiety in America, but no other factor fuels the ridiculous aspects of our political culture more. As I've said before, the three biggest base-moving issues on the right all have to do with anxious masculinity: squelching reproductive rights and the female control over female bodies they represent, squelching gay rights because they subvert the tradition of sex and marriage being acts of male dominance over women, and gun nuttery, which can be summed up as wingnut fears that Democrats (feminized in their minds) are coming to take away their phallic symbols.

Unfortunately, it also means that violence is promoted, because it's soothingly masculine. (See Tim Pawlenty's attempts to win base voters over by taking passive aggressive potshots at his wife and claiming he loves to relax by enjoying violence.) Of course, it creates a self-defeating loop, because right wing masculinity antics---resenting women for having sexual allure, bragging about how much you'd totally beat someone up, squealing about the gross dudes having butt secks---are things grown-ups leave in middle school. Acting childish is unmanly, but the only way they can think of to "man up" is to redouble the violent posturing, homophobia, and misogyny. Vicious cycle. It's actually sad seeing people---and believe me, women do it too, and then think they're going to taunt me with it in Twitter---act like such morons when there's a calmer, more grown-up path of letting this obsession with cowboy masculinity go.

Gender is an issue with this specific shooting. Just as you can't claim that shooting a congressperson and a judge at a political event is a non-political event, you can't really just pretend there aren't gender implications to a young man shooting one of the sadly too few women in Congress. Barring straight up schizophrenia (and since the word salad of the videos came from a right wing nut that Loughner appears to have followed, this may not have been a factor), I figured that gender would end up playing a role in why Loughner chose the victim he did.

Sady nabbed a detail from the WSJ that chilled me to my bones, simply because this kind of story is a mundane part of my existence and probably the existence of pretty much every woman reading this who puts forth an intelligent, opinionated persona. Maybe at least young woman? I don't know if this gets better as you age. Some background: there are many kinds of mansplaining, and all are irritating. But by far, my least favorite mansplaining is the "How do you know what you know?" mansplaining.

In my experience, this is usually how the interaction with this stripe of mansplainer goes. Woman says something pointed, intelligent, and for whatever reason, threatening to the mansplainer. But he fashions himself too cool and worldly a gentleman to merely lash out at her. And he doesn't want to give her insignificant thoughts the courtesy of direct engagement. So, he decides to treat the woman---who is inevitably better-read, more thoughtful, and often actually has a sense of humor, unlike the mansplainer---to a faux Socratic question that he thinks sounds really profound and philosophical and will totally boggle her wee girl brain and shut her up, but actually sounds like half-baked wankery that would embarrass even stoned college C students having a pseudo-philosophical bullshit session at 3 in the morning. I've been asked, "How do you know what you think you know?" And, "Aren't politics just a bunch of noise that doesn't really matter/couldn't be influenced by your voice?" There's about a dozen variations, but all of them basically boil down to, "I think I have the perfect way to question the assumption that you have every right to speak your mind/hold power, and I think it's going to blow your mind and shut your bitch mouth up permanently, though I'll swear to the end of time that I'm all for women's equality." Since it's inevitably a silly, half-baked pseudo-question, it's almost always easy to put down swiftly, and this generally annoys the mansplainer, wanker division. This breed fails to understand a) smart women get this all the time and b) women have to go through a lot of internalized sexism that's probably more solid than your bullshit to get the confidence they have, so you aren't going to take them down that easily. It's generally a failure to understand they're batting out of their league, and the reason they don't understand that they've internalized the cultural lie that women are stupid and men are smart. Often, they may not even realize they're operating with that assumption, but their behavior belies this.

Which is why my blood ran cold when I read about how Loughner may have gotten obsessed with Gabrielle Giffords.

Mr. Montanaro said his friend "was never really political," but "really tried to be philosophical." Mr. Loughner liked "contemplating the meaning of words and the origin of language," Mr. Montanaro said.

That interest might have triggered Mr. Loughner's first meeting with Ms. Giffords in 2007. Mr. Loughner said he asked the lawmaker, "How do you know words mean anything?" recalled Mr. Montanaro. He said Mr. Loughner was "aggravated" when Ms. Giffords, after pausing for a couple of seconds, "responded to him in Spanish and moved on with the meeting."

The glib response Giffords had may be surprising, because refusing to indulge goofball and asshole constituents is usually not a politician's M.O. But I respect it. Again, women with intelligence and power get this shit from men all the time, and one way you learn to cope is to disarm them with a joke. It rarely causes them to question their own assholery, but it runs so strongly against what they expected to happen---which is for you to curl up, mind blown, and gaze at them adoringly for being so brilliant as to ask such "deep" questions---that it often gives you time to flee. Of course, the downside is that a perfect shot across the bow like that one tends to piss the mansplainer off a lot. After all, he was already threatened by your intelligence. Dismantling what he thought was some brilliant, deep question in two seconds flat isn't likely to make that threateningness dissipate.

Now, it's possible that Loughner wasn't actually mansplaining at her in this way. It seems, from the rest of the article, that he had an obsession with what he no doubt thought were deep thoughts about the nature of language. In fact, the Patriot movement in general tends to cultivate an obsession with denying the authority of social constructs and casting around for some weird kind of authenticity. Take, for instance, their fury at the social construct of currency---they just really can't stand that money has value because people believe it has value and act like it has value, and so they flail around, demanding things like the gold standard, without taking the time to realize that gold only has value for exactly the same reason paper money only has value, which is that people say so. You see this again and again with Patriot movement types---a belief that because something is a social construct, it must be paper-thin and easy to wish away. That's why they declare sovereignty occasionally (and learn that the socially constructed federal government's power is no less real because it's a social construct) as their way to channel right wing populism. It's entirely possible that Loughner was more interested in Giffords as a symbol of federal power than anything else. But from the point of view of his audience, it probably seemed like the same old mansplaining. And her response---an eviscerating joke---is the best response the vast majority of the time.

What we're learning in the aftermath of this is something Americans are probably not equipped to deal with, in our one-note, over-simplified public discourse. That's that there isn't a single answer for why something like this happens. It's a combination of factors. It's the individual's own personal problems and it's the right wing noise machine ratcheting up the hysteria and it's white male rage that would exist even without the amplification just because women and racial minorities are making gains. Many things can be true at once. But many people want there to be a sole cause.