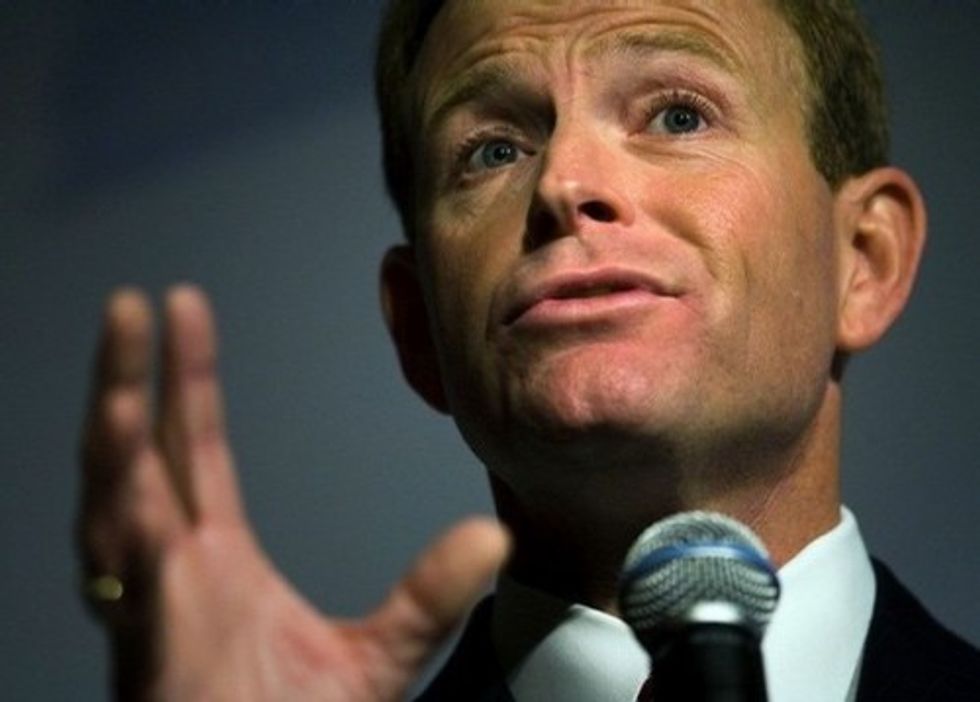 So, the State Department (under Hillary Clinton) has changed the passport application to make life easier for gay parents and other non-traditional families, by changing the terms "Mother" and "Father" to "Parent 1" and "Parent 2". This will make life a lot easier on gay parents, who currently have to carry like 15 kinds of proof of legal custody in order to travel over national borders with their children. Fox News reported on it, and naturally, they had to give plenty of space for professional bigots to screech about the evils of a decision that quite literally has nothing to do with them, and is probably something they wouldn't even notice if they weren't trolling around looking for reasons to believe gays have too much freedom of movement.

But I must say I detect a note of malaise. The professional bigots aren't really bringing their A game anymore, but instead copying and pasting the same anti-gay screed they've trotted out a million times before.

“Only in the topsy-turvy world of left-wing political correctness could it be considered an ‘improvement’ for a birth-related document to provide less information about the circumstances of that birth,” Family Research Council president Tony Perkins wrote in a statement to Fox News Radio. “This is clearly designed to advance the causes of same-sex ‘marriage’ and homosexual parenting without statutory authority, and violates the spirit if not the letter of the Defense of Marriage Act.”

Robert Jeffress, pastor of the First Baptist Church in Dallas, agreed. “It’s part of an overall attempt at political correctness to diminish the distinction between men and women and to somehow suggest you don’t need both a father and a mother to raise a child successfully,” said Jeffress. “(This decision) was made to make homosexual couples feel more comfortable in rearing children.”

These quotes could be about pretty much anything, if you think about it. They're totally phoning it in. The heavy use of scare quotes where they're inappropriate? Check. Suggesting that it's pointless to have children for any other reason than to prove the virility of heterosexual men? Check. Dropping the word "homosexual" a lot in hopes that people think about butt sex instead of two same-sex parents trying to corral a toddler through airline security, just like everyone else? Check. Suggesting that the only acceptable response to homosexuality from the government is ghettoizing people, depriving them of their basic freedom of movement, and seeking ways to shake their finger at them for who they are? Check.

This bigotry is really weak sauce. They should take some notes from Michele Bachmann. Why just push one wingnut resentment button when you can just be like a kid in an elevator hitting every floor? I mean, this is about passports, which implies travel to foreign nations. There are way more buttons you could be wacking with this one. Let me rewrite it for them.

“Only in the topsy-turvy world of left-wing political correctness could it be considered an ‘improvement’ for a birth-related document to provide less information about the circumstances of that birth,” Family Research Council president Tony Perkins wrote in a statement to Fox News Radio. “What kind of pansy, egg-headed world do these homosexuals live in that they need to be traveling with children anyway? We have peer-reviewed research that indicates that homosexuals only want to travel with children so they can take them to countries that practice socialism. What kind of nation allows two men to take a child to a place like Paris for a re-education camp in socialized medicine, homosexual marriage, and pacifism?”

Robert Jeffress, pastor of the First Baptist Church in Dallas, agreed. “It’s part of an overall attempt at political correctness to allow homosexuals to cross over our borders, when we know they can't be up to any good traveling around, no doubt drinking wine and eating cheese that doesn't come presliced,” said Jeffress. "Passports are for Christians going on missions in foreign countries, not so some frou-frou art lovers can indoctrinate their fake children into leftist hedonism by taking them to Louvre.”

See what I mean? Passports are a rich mine, where you can bash people for having intellectual curiosity, tolerance, and for not hating the French. Also, for seeing children as people who deserve adventure and fun, instead of tiny little Satanic rebels who need any spiritedness beat out of them. They could have totally linked gay rights with all these things, and failed miserably. I think they're losing steam. The DADT repeal is driving home how the bigots are going to lose this battle, as they have in the past. Tony Perkins spent the first half of his career trying to cover up his association with racist groups. Now he's turning into the George Wallace figure of the gay rights movement, and that's got to be demoralizing. Of course, I couldn't think of a better person for it to happen to.