Watchdog group has serious questions about impartiality of Scalia, Thomas

US Supreme Court Justice Antonin Scalia is scheduled to speak to a group of lawmakers assembled by conservative congresswoman Michele Bachmann (R-MN) Monday.

Seventy-four-year old Justice Scalia was to speak about the constitutional separation of powers as part of a bi-monthly conservative constitutional seminar hosted by the tea party caucus, a group formed by Rep. Bachmann in July 2010.

"I am delighted that Supreme Court Justice Antonin Scalia has accepted my invitation to speak to members of Congress about the separation of powers," she said in December. "It is a special privilege to have him address the first of what will be regular seminars featuring constitutional scholars. In his 24 years of service on the high court, Justice Scalia has distinguished himself by his 'originalist' approach to constitutional interpretation."

In response to the announcement, a New York Times editorial said that Supreme Court Justices have "a duty to promote the judiciary’s impartiality."

"That means avoiding any activity that could raise reasonable doubts about his or her ability to decide cases fairly," the editorial continued. "By presiding over this seminar, Justice Scalia would provide strong reasons to doubt his impartiality when he ruled later on any topic discussed there."

Justice Scalia was nominated to the Supreme Court in 1986 by President Ronald Reagan and has been among its most conservative members.

In a magazine interview published this month, he said that the 14th Amendment of the Constitution doesn't guarantee protection against discrimination on the basis of gender or sexual orientation. Scalia also said the Roe v. Wade decision that struck down laws against abortion was based on "a total absurdity." 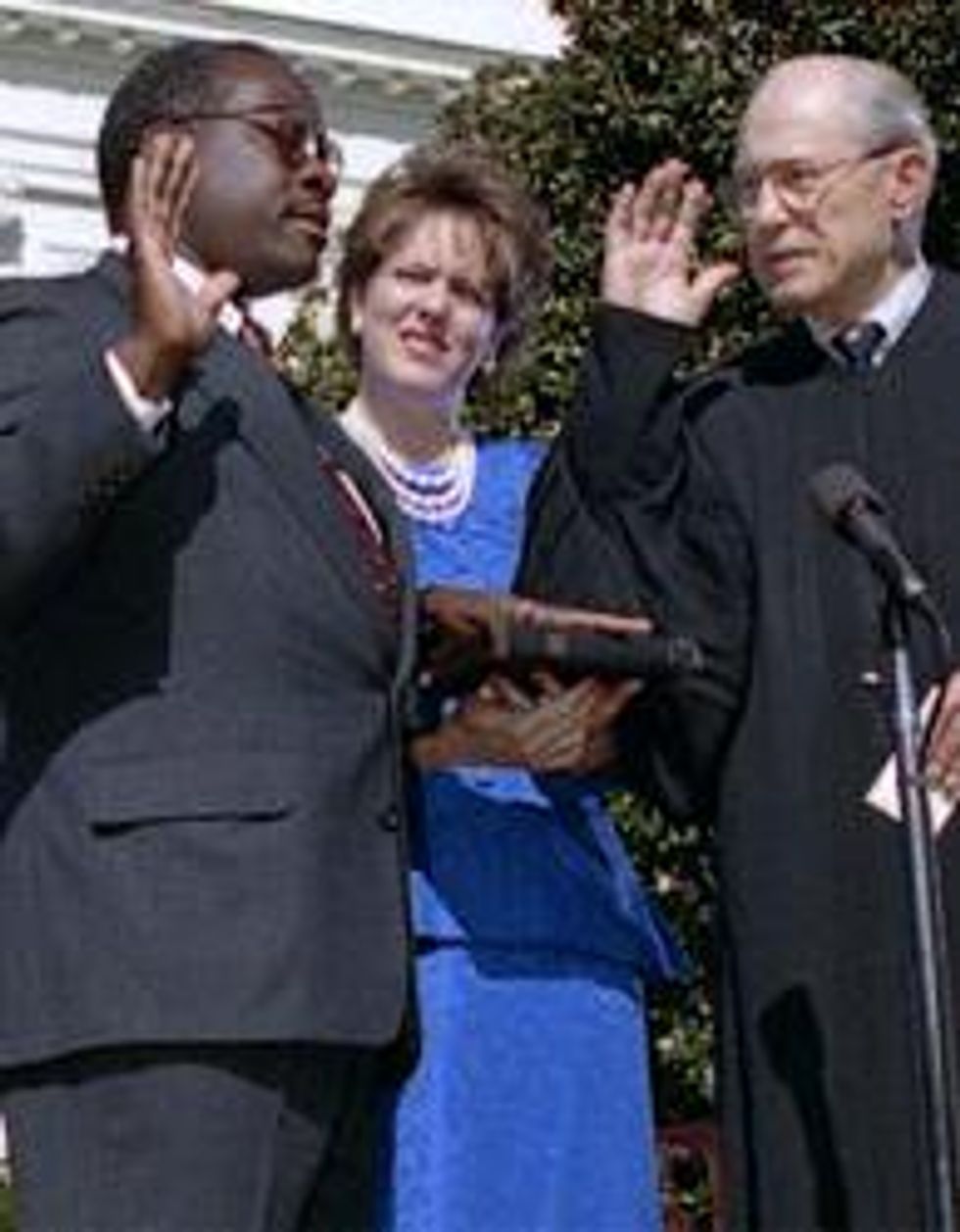 Meanwhile, another conservative member of the Supreme Court, Justice Clarence Thomas, is facing a claim that he violated US Judicial Conference rules.

According to the government watchdog group Common Cause, Justice Thomas failed to report $686,589 in income that his wife earned from her work at two conservative think tanks, the Heritage Foundation and Liberty Central. The Ethics in Government Act of 1978 requires Supreme Court justices to disclose their spouse's income.

"Without disclosure, the public and litigants appearing before the Court do not have adequate information to assess potential conflicts of interest, and disclosure is needed to promote the public’s interest in open, honest and accountable government," the group wrote in a letter (.pdf) to James C. Duff, secretary to the Judicial Conference of the United States.

Common Cause also said it had serious questions about the impartiality of Justice Scalia and Justice Thomas after learning that the two justices participated in secretive retreats sponsored by Koch Industries, a major financier of the tea party movement.

The group said the decision in Citizens United v. Federal Election Commission, which overturned nearly a century of restrictions on campaign spending, advanced the aims of the politically-active company.

"The public is entitled to more detail about the nature and extent of the justices' involvement with Koch Industries' closed-door political strategy sessions," Common Cause President Bob Edgar said. "And there has been no response to the equally serious concern raised about Justice Thomas’s financial conflict of interest due to his wife’s role as CEO of Liberty Central and its political activities in 2010."

Virginia Thomas, the wife of Justice Thomas, stepped down as the President and CEO of Liberty Central in November of 2010 amid criticism that her political activities could create a conflict of interest for her husband.

Federal law requires justices to recuse themselves in cases where there may be a potential or perceived conflict of interest, but that decision is left up to the individual justices.