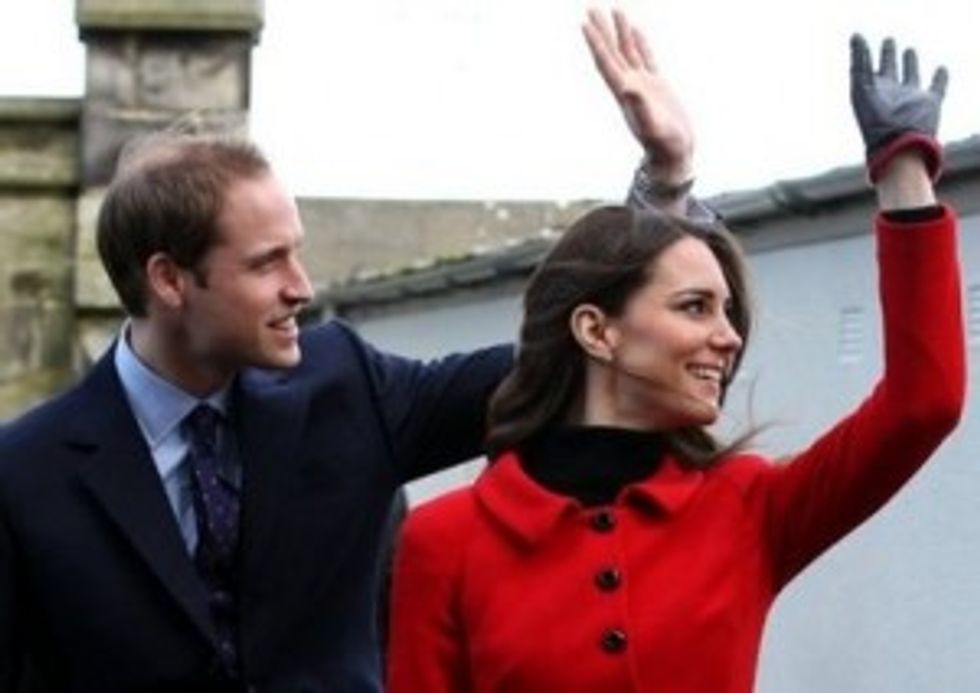 It's weird to blog about how little you give a shit about something, but I'm going to make an exception in this case.  And that's because I have a copy of Newsweek on my desk that has the headline at the top:

PLUS: CAN KATE & WILL SAVE BRITAIN?

I'm going to go out on a limb here and say no.  More than that, I'll go a step further: save Britain from what?  A dearth of pictures of a homely prep marching around with his trophy wife wearing clothes suited for a woman twice her age?  Or is it because while the sun does now set on the British empire, someone is looking at a picture of Kate Middleton somewhere in the world at any possible moment in time.

Tracy Clark-Flory asked a bunch of writers what they thought of the royal wedding, and I was lucky to be amongst them.  Here was my answer, and I'm sticking to it:

Who can possibly care about a couple of tedious preppies making it official in a church in front of their wealthy families and hundreds of people they don't know or care much about? The nostalgia for a time when monarchies mattered creeps me out. It reminds me of white people acting out fantasies of the old Confederacy.

My favorite may be Katha Pollitt saying, "Where's Cromwell when you need him?", though I have to give a nod to David Rakoff for saying, "I literally could not care less if I were in a coma."

But we are not alone!  According to polls, only 6% of Americans really care about the royal wedding.  Americans may be divided on many issues, but on this we are united.  We do not give a fuck about the royal family.  You can't make us care.  You can drown us in coverage about it, and we're still going to say, "Your point?"

This whole media frenzy over the royal wedding seems to be mainly about justifying the continuing existence of the monarchy.  But it's not working.  Britain is, last I checked, a democratic nation just like we are.  They're not fooling anyone.  The royals are a bunch of leeches, and the people who are enthusiastic about them have barely-concealed anti-democratic imperialist fantasies underpinning it.  The whole thing is disgusting.