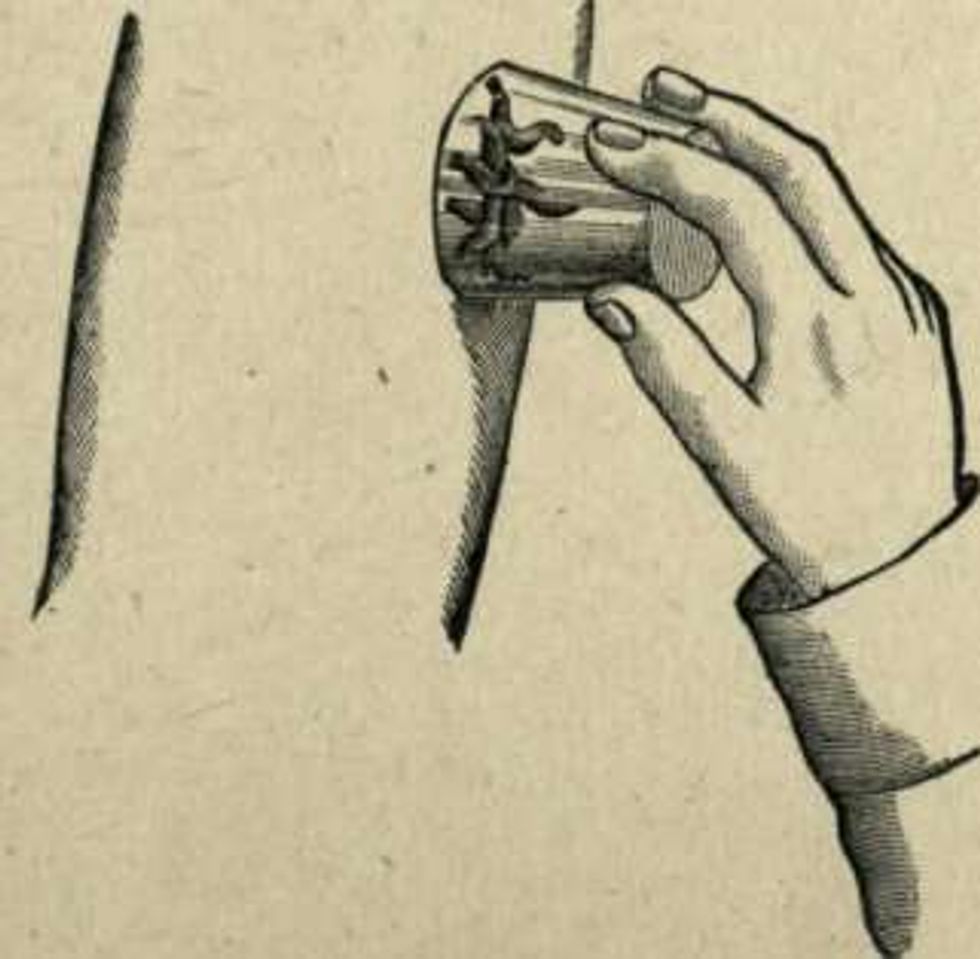 I was mildly surprised to see some people react negatively to my post yesterday making fun of Chris Matthews and company for "debating" the existence of hell on what was supposed to be a news show. To my mind, it was just clearly just a joking post that was aimed mainly at Matthews for having this discussion and for the panelists for refusing to denounce it as the waste of time and effort that it was.  But apparently, what caught people's eye was my heavy use of the word "bullshit", and there were many concerns expressed that I'm far too skeptical that religious people believe their own fictions.  A typical example is here, and a discussion that erupted on Twitter between many people, but mainly between myself and Jamelle Bouie based off this post.

I want to be very clear here: I'm well aware I can't peer into people's hearts and know if they manage to convince themselves they really do believe stuff they've chosen as their religious beliefs.  I have no idea how "sincere" people are about religion.  What I do know is that religious beliefs are chosen for convenience and socio-political pragmatism, and not because someone has considered the evidence for various claims and made a conclusion based on those who have the strongest evidence.  People's faith is chosen the vast majority of time because it's the same faith as the people around them, and it gives them a sense of belonging.  Pretty much no religious person believes all the teachings of their traditions---they can't, since many contradict each other---and so what people choose to believe from their faith traditions is based on what they want to believe.  Like I noted on Twitter, Andrew Sullivan's entire faith is constructed around what flatters Andrew Sullivan the most, and he's much more comfortable with religious prescriptions that control female sexuality than those that control gay sexuality, because the latter is actually inconvenient for him.  Other people weigh their choices differently.  Some are more worried about fitting in with fellow believers.  Others view religion as a means to control others.  And some people aren't good at questioning authority, and so just believe what they're told to believe.

What is important in this is that no one's beliefs are based on anything like logic or evidence.  I wanted to contrast that, through humor, with what news shows are supposed to be doing in their debates, which is actually presenting real arguments that can be examined against other arguments and against empirical evidence. It's true that people lie a lot on TV, or make mistakes, or draw conclusions that aren't supported by the evidence.  But you can quarrel with that!  You can make all these points. It's true that most people do start arguments from conclusions and argue backwards, but we're expected to have arguments that could be tested against evidence and other claims. If you can't make your argument starting from the evidence, then it's not much of an argument. If your argument can be summed up as, "Well, that's how I wish it were," that's a wish, not an argument.

And that's what was going on during that debate---wishful thinking completely substituted for making arguments. All "evidence" for various claims about hell boiled down to, "If X is true, it accomplishes Y, therefore I believe that."  But that's not how arguments work.  I can't say, "It would be awfully convenient for me if people who disagreed with me brought seven years of bad luck on them, so I'm going to assume that's actually true."  That's ridiculous.  Everyone's argument for or against a certain version of hell amounted to, "If that were true, I'd like that."  Your preferences for reality, however, don't dictate it.  They just don't.

Ned tried to defend Sullivan by saying that Sullivan didn't just make shit up, he relied on other people making shit up over centuries in order to back his shit up.  I'm not convinced that this is an interesting argument at all.  Lots of people have made shit up because they wanted to believe it and convinced others to agree with them on the grounds that it would be nice if they were right, and that doesn't make their claims interesting or more true than if one person made it all up on his own.  A fiction believed by lots of people at once is just that.  I can't help but point out that there's also a rich tradition of people defending untrue claims to draw on in other fields.  Smart people throughout history have believed that women are inferior and naturally hysterical, that the different races descended from different Biblical figures and should be treated differently accordingly, and that leeches could cure disease.  But if Andrew Sullivan got on TV and said, "I believe that women's inherent hysteria can be mediated by the application of leeches," we would not accept that as a legitimate argument, no matter how rich the tradition behind it.  Nor should theological claims be given this kind of air time on what's supposed to be a news show.

And now I feel kind of dirty, as I invariably do when I feel like I have to take a joke and get all serious explaining my thought process behind it.