Replying to Jesse Bering, a guest post by Lindsay Beyerstein 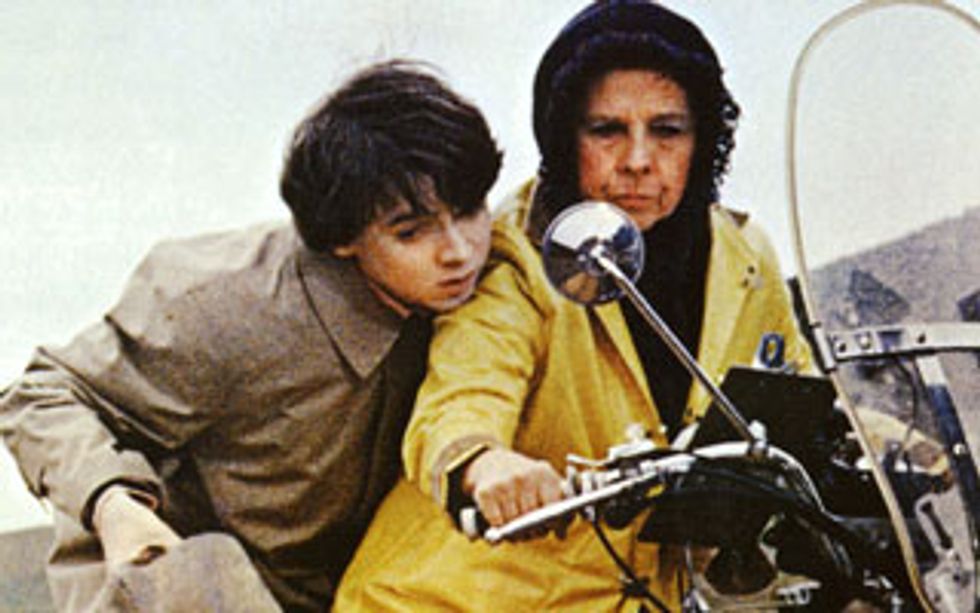 (Amanda's note: Lindsay has graciously written a retort to Jesse Bering in Slate, and I asked her if she's post i here. Bering has a history of half-baked evo psych writings that play loose with the concept that rape is all that bad, and Lindsay was kind enough to do the heavy lifting on this article.)

Jesse Bering has a very disturbing piece in Slate about intergenerational sex. It starts off creepy and culminates with a partial defense of raping 98-year-old woman with dementia. Forgive the unwieldy block quotes, but without them, I fear the casual reader will assume that I am trying to smear Bering by mischaracterizing his work.

Bering opens with the disclaimer that he’s “always found elderly women rather endearing”:

Just as chubby, doe-eyed infants and the smell of baby powder bring out the maternal part of my androgynous personality, the Loris-like gait of an aged spinster redolent with ancient perfume elicits in me a similar strain of docility. On more than one occasion I have been tempted to reach out and hug a lonely old widow making her way slowly down the grocery-store aisle. Yet it is safe to say that, while I am not immune to other curious sexual rumblings from time to time, I have never been titillated by an octogenarian. (Since I'm a gay man, I should add that this applies to the penis-bearing elderly, too. I never really knew my grandfathers, though, so the inbound anecdote wasn't quite as fitting.)

To recap: Bering loves old people, he really does. He thinks little old ladies are adorable, just like babies and lorises. (You know what they do to lorises, right?) But the 35-year-old psychologist has never, ever, ever been sexually attracted to an eighty-something, not even an octogenarian dude. There are people who find advanced age very sexy, and those people are sexual deviants. Got it?

Bering can’t resist a dig at the elderly and their admirers, “Rather, in sheer chronological terms, gerontophiles are perhaps better thought of as being closer to necrophiles than cougar-hunters.” He’s ripping off the old joke that gerontophlia is a heartbeat away from necrophilia. The “sheer chronological terms” qualifier doesn’t turn the cheap shot into a high-minded apercu.

Bering fusses over the precise definition of “gerontophilia” but he doesn’t address the central conceptual problem with the entire psychiatric framework for “diagnosing” paraphilias and fetishes. In a world where we can date whoever we like, the difference between a paraphilia and a “type” becomes meaningless. If I’m only attracted to skinny brown haired guys between the ages of 25 and 45, I just don’t date anyone else. Nobody questions this relatively rigid preference because it fits with society’s definition of normal. If I only wanted to date 80-something dudes, Bering would say I was a deviant. Actually, he’d say I was a golddigger because later in the essay asserts that female gerontophiles don’t exist.

The standard pop culture disclaimer is that it becomes a paraphilia or a fetish when you absolutely need that kind of partner/input to become sexually aroused. That stereotype is out of date. Today, psychiatrists recognize that most people with paraphilias engage in paraphilic and non-paraphilic sexual behaviors. Also, these days, the clinical category of paraphilia is largely reserved people with compulsions towards non-consensual sex, e.g., child molesters, subway flashers, peeping toms, and so on. A strong attraction to elders doesn’t fit.

But for the sake of argument, consider an exclusive heterosexual like General J.C. Christian. The General, a Manly 11 on the Scale of Absolute Gender, is absolutely dependent upon women, or thoughts of women, to become aroused. Every single time. Nothing else has ever aroused him in his life. Does that mean the General has heterophilia? No.

Incidentally, the DSM, the bible of mainstream American psychiatry, classified homosexuality as a paraphilia until 1973. Gerontophilia isn’t listed in the DSM--which says a lot about why it isn’t studied more. To psychiatry’s credit, a thing for grey beards is no more remarkable than a thing for redheads, as long as it’s all between consenting adults.

Bering notes that the term “gerontophilia” is also sometimes used by criminologists to describe serial sexual predators who target elderly victims. He argues, sensibly, that these criminals are not necessarily driven by a sexual fixation on the elderly, per se. They may simply be looking for the easiest targets. Feminists have been saying this all along. Rapists don’t rape because they can’t get the kind of sex they like. Rape is the kind of sex they like.

The notion that serial rapists who target the elderly are exploiting their vulnerability fits well with the predator theory of rape, the empirically-based hypothesis that most rape is committed by a relatively small number of hardcore serial acquaintance rapists with finely-tuned modus operandi and multiple victims over their extended criminal careers.

As Thomas explains in a fascinating post on the research behind predator theory, “[t]hese rapists select targets based on the likelihood that they can rape without meaningful consequence, and favor alcohol and avoid overt force as tools to defeat resistance for just this reason.” So far, the research has focused on rapists who target vulnerable younger victims, but it stands to reason that opportunistic predators might gravitate towards vulnerable older victims as well.

The low point of the essay is where Bering argues that a confessed nursing home rapist might have had a point when he excused his actions on the grounds that his victims didn’t know what was going on:

The authors describe the case of a 33-year-old nursing-home assistant who'd been quietly molesting and raping his female charges for several years. Some of this man's victims were rounding the epochal century mark and were suffering from dementia, thus his defense was that they were "not aware of what was happening."

The abuse might have continued in silence, had not the shrewd daughter of a 98-year-old woman deduced foul play by noticing that her mom became uncharacteristically frightened whenever the elder-molesting aide came into the room. Ball also reviews forensic data revealing that, in the U.K., somewhere between 2 and 7 percent of all rape victims are over the age of 60.

Elder sexual abuse is reprehensible, of course; but from a bloodless moral philosophical perspective, it does raise intriguing questions about issues related to consent, trauma, and the impact of sex crimes on victims with different psychological and physical stakes. Is the rape of a 98-year-old Alzheimer's patient—who, whether we like it or not, has only a limited awareness of what is happening, just as the perpetrator says—comparable to, say, the rape of a lucid, vulnerable child who would have to deal with the emotional scars of such sexual violence for the rest of his or her long life, or a teenager who might be impregnated? [Emphases added.]

Would Bering accept this same fallacious argument from a rapist who roofied other men? After all, they wouldn’t remember, and they couldn’t get pregnant. So, by that logic, our roofie rapist would be less reprehensible than your run-of-the-mill predator. I’m guessing Bering wouldn’t buy that argument, because he takes it for granted that men are people.

Even this 98-year-old woman’s suffering doesn’t count. Bering casually acknowledges that this woman was recoiling in terror whenever she saw her assailant, so, it’s not like he’s musing about the limits of consent in a person with diminished cognitive capacity.

Bering is intrigued by the possibility that a 98-year-old woman with dementia is simply less than human.