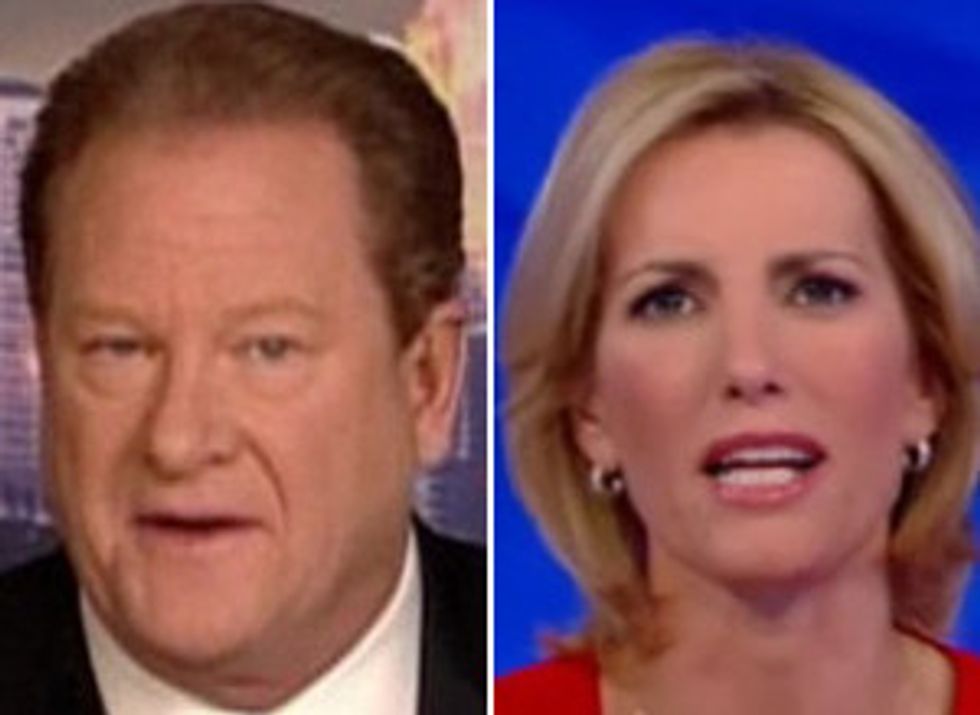 How appropriate.  At the Guardian's CIF, I put up a piece about what it means to lose John Edwards as a figurehead of populist liberalism in the wake of his scandals.  I don't write much at all about Edwards, because invariably it means people project a lot of their more personal feelings about him and his campaign onto me because of the whole situation where I got a job with his campaign and then resigned because of attacks from the pedophila-excusing Bill Donohue.  (Who I just saw quoted in another piece in the New York Times recently!  He could rape a bunny on live TV and then eat it while its heart slowly stopped beating and people would still call him up to comment on various Catholicism-related stories.)  Please check it out; it's mostly about how Edwards had an opportunity to be the pro-labor conscience of the Obama era, and he screwed the pooch and there's not been another person who can really step into his shoes.

In more ways than one, it turns out.  Because one reason I was eager to back Edwards was there was no conflict in his campaign between the three tiers of modern liberalism, which often do fight each other.  I see the three as:

1) Economic justice. This is labor movements, anti-poverty initiatives, fair taxation, health care reform, social services, government that is functional, etc.  Anything that helps secure the middle class, bolsters the economy, and lifts people out of poverty.

2) Social justice. Feminism, anti-racism, gay rights, anti-colonialism, things like that---anything that divides people against each other on the basis of identity hierarchies.

3) Environmentalism and rationalism.  Preserving the planet, promoting science, basically using the now to work towards a better tomorrow.

Obviously, a smart person sees how these are interrelated and that you really fail at anti-racism if you don't think about poverty and that you're not a good environmentalist if economic justice isn't part of your worldview, and you're not an effective feminist if you treat science like it's a lark.  I can think of a million other examples, but sadly all of them tend to happen over and over again.  Edwards was smart about weaving social justice issues in with economic justice issues. So I liked that.  And I fear that there's just not enough prominent leadership out there doing that anymore, even though I can think of many people who aren't that prominent who do so effortlessly.

Instead, we get Ed Schultz calling Laura Ingraham a "slut".  Now, Laura Ingraham is a racist piece of shit, sure.  She's the wart that fell off a toad. Listening to her talk is like trying to bring santorum-stained sheets in to your dry cleaner and look him in the eye, except worse somehow.  She makes the world a worse place every time she talks.  But she is not a "slut", because a "slut" is a woman who is immoral because she enjoys sex too much or has many partners.  And "sluts" do not exist, because there is nothing wrong with women liking sex or liking sex with lots of people.

You can, then, why the high hopes have been dashed.  Is it so hard to have leaders who can speak out on economic justice while not making rookie mistakes like that?