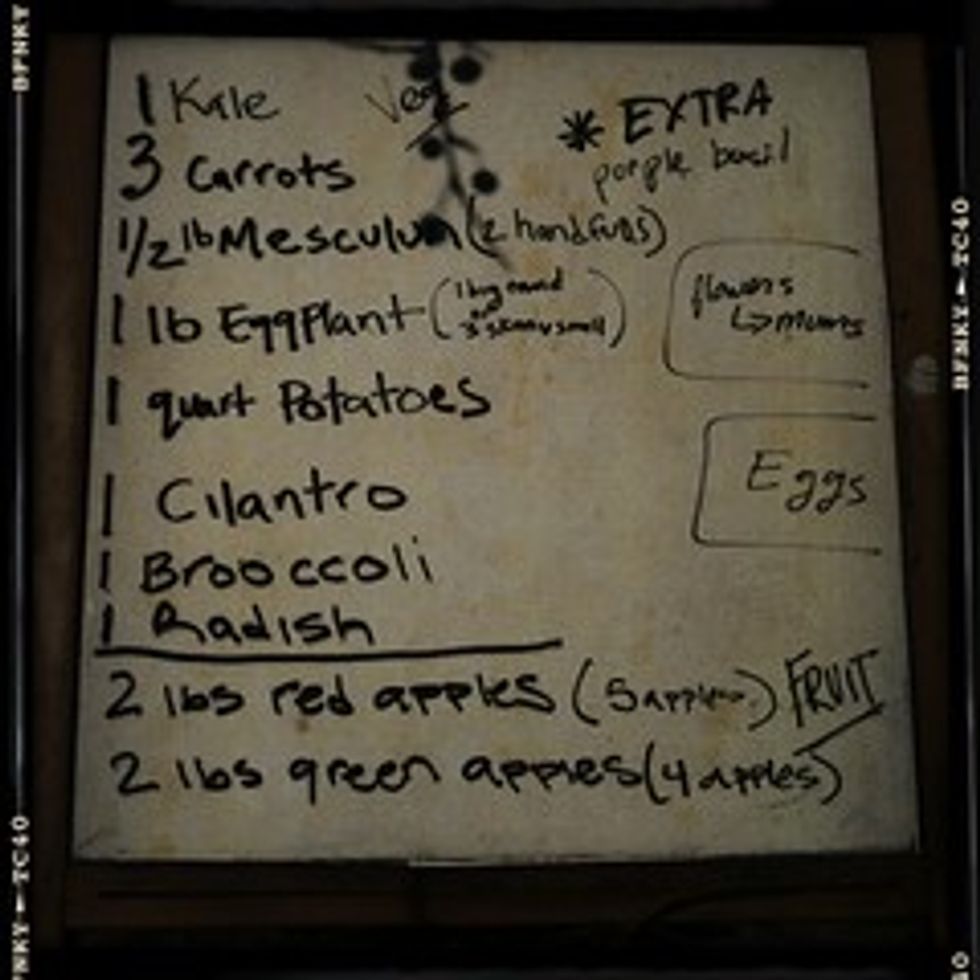 I had two weeks worth of vegetables, basically, because I had been out of town for a week. But I wasn't going to just let that food disappear, having pre-paid for it, so Marc picked it up. Most of it was in good condition, since our fridge is pretty cold, but some of it was a tad soft and required creativity. The older broccoli was the only unsalvageable thing. I try not to feel too bad about tossing it. Americans toss about 40% of food they buy, and we probably toss 5% at the most, and even then, I doubt it's that much. Not wasting food is really important to me for two reasons: 1) I don't like waste and 2) I don't like taking out the trash. So I make it a priority.

Tips below on how not to waste food much appreciated! 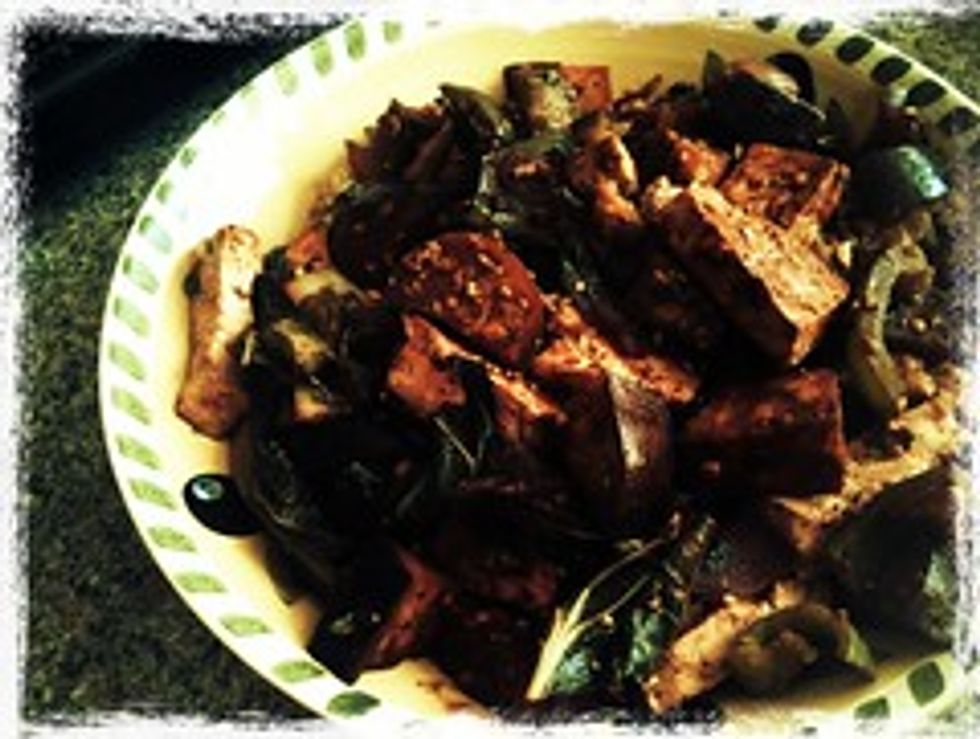 Took the eggplant, some greens from last week, some hot peppers, an onion, and tofu and made a basic garlic/ginger/soy stir fry with it. Added fresh basil, since I still have tons. Served over rice.

Shredded apples and carrots in equal parts. Made a basic dressing using this recipe, and tossed it. Didn’t bother with raisins, which I’m sure some people would find scandalous, but I don’t like them enough to care. I don’t hate them, but not going out of my way is all. 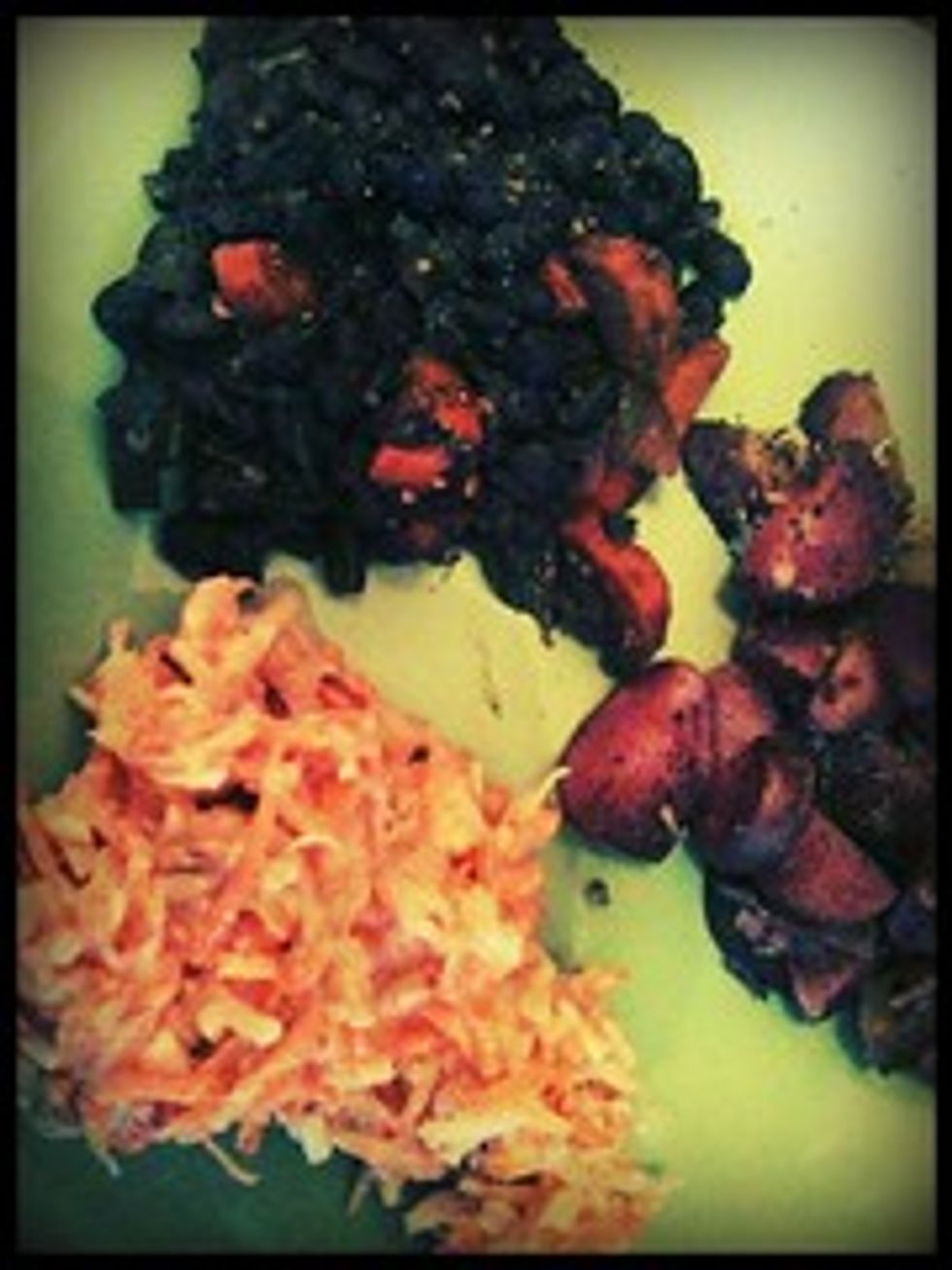 Roasted potatoes with thyme in the dutch oven inside my oven.

I had some black beans and greens in the freezer, and I defrosted them, nuked them, and served them on the side.

I had radishes and cilantro, so clearly the thing to make is this delicious radish salsa, a recipe I’ve made before and absolutely adore. I like to fold leftovers up into omelets, especially. This stuff does not go to waste in my house.

I made one of my faves---kidney beans with red wine---but instead of carrots, I used roasted sweet potatoes, I used cumin and chili powder instead of thyme and rosemary, instead of red wine used beer, and instead of serving with corn bread, I served it as if it were tacos on steamed corn tortillas, with the radish salsa and some goat cheese.

Used the mesclun mix from the CSA and the pears to make a pear salad, with sesame dressing from the fridge. 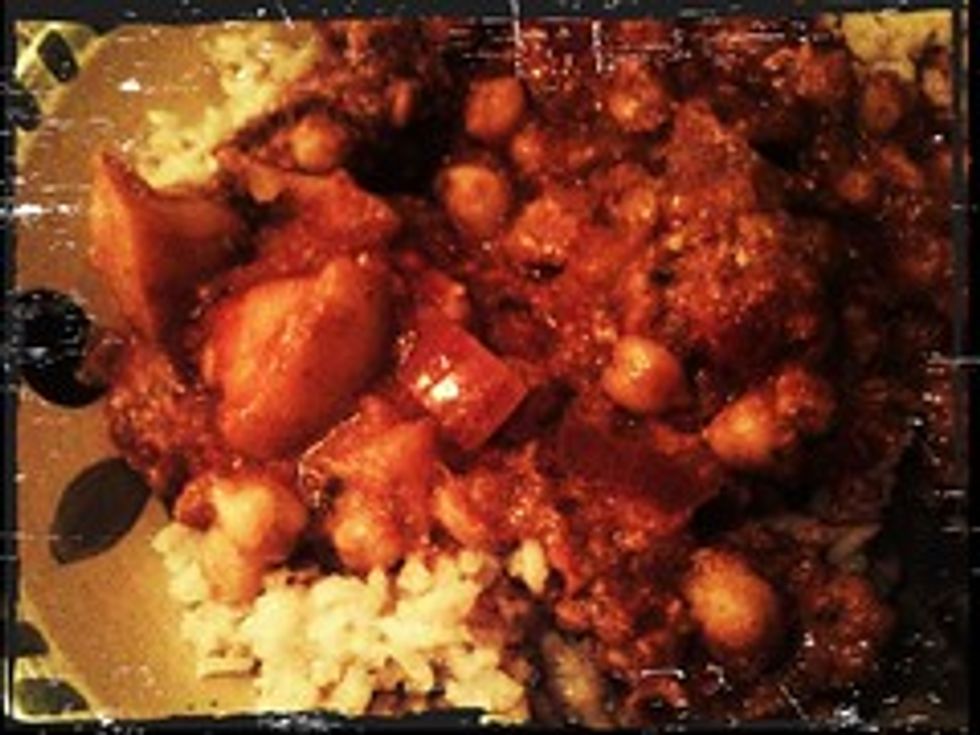 Tons of apples, seriously. So I made this chickpea and apple curry and served it over rice. I didn’t use canned chickpeas, though. It’s cheaper to use dried beans that you cook beforehand, and it makes a lot less waste.

I had a very serious “sad carrot” situation in the refrigerator, as well as tons of apples still. So it was clearly time to make some apple carrot soup. 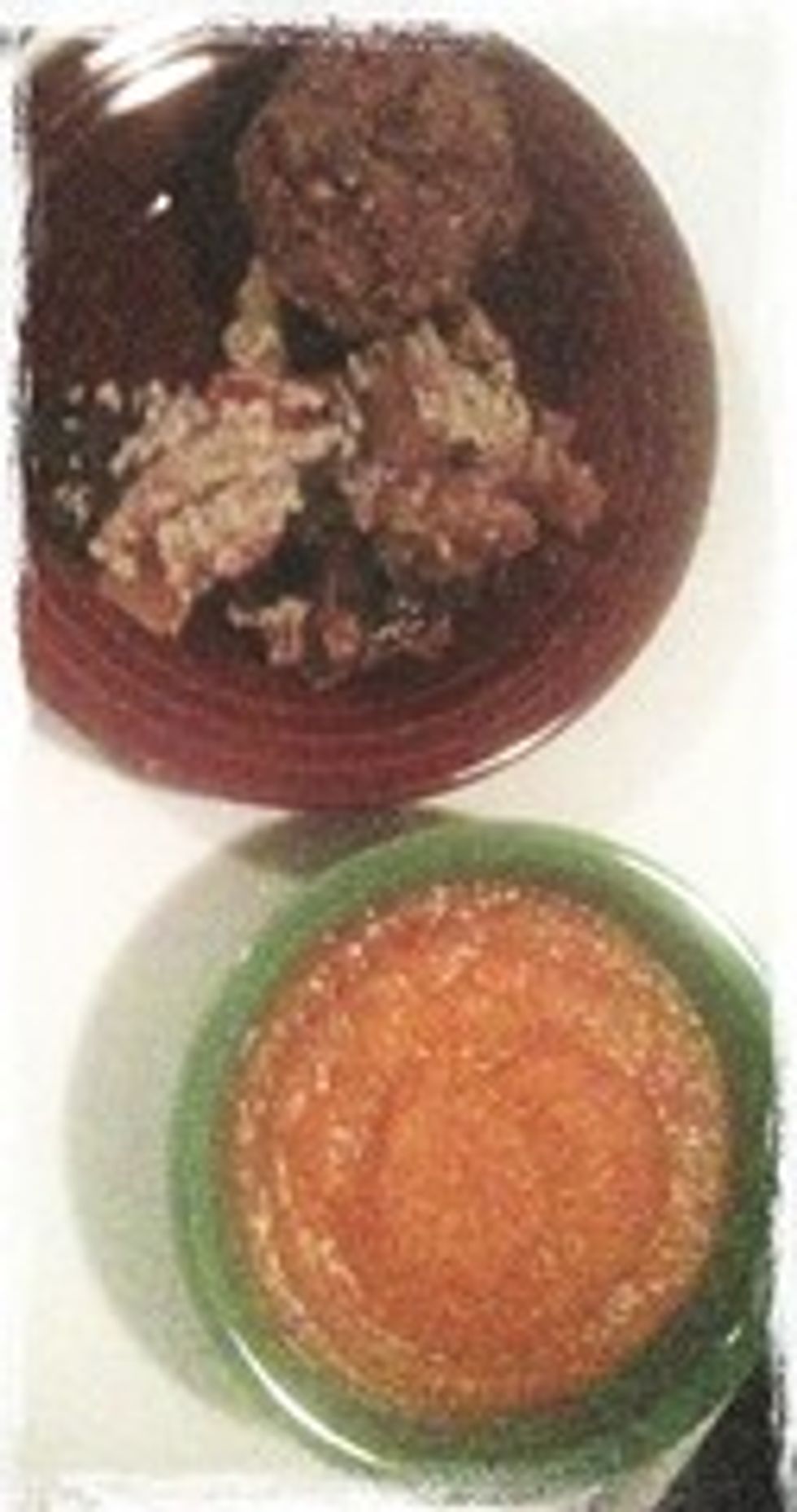 Dark Avenger sent me this recipe for a kale/squash “lasagna”, so I made it with a couple of modifications. I had a lot of broccoli, so I chopped it into bits with my mini-chopper, and I mixed it up with the herbs, some ricotta instead of the recommended cheeses, and the diced tomatoes. Put that on top of the squash/kale layers.

Made apple muffins with the Simply Recipes zucchini muffin recipe, but with apples instead of zucchini. Since apples are sweet, I was able to cut the sugar in half.

Somehow, miraculously, I used nearly every single ingredient from two weeks worth of CSA pick-ups.  We still have apples, but they do tend to last. The one exception was that some of the broccoli that was nearly two weeks old went bad. But on the whole, not bad!