News of the World warnings went back to 2008: documents

LONDON — Aides to Rupert Murdoch were warned as far back as 2008 that there was a culture of illegal voicemail hacking at the News of the World tabloid, according to documents released in Britain on Tuesday.

The warnings by a senior legal advisor to the British newspaper arm of Murdoch's empire cast doubt on the company's insistence at the time that it only knew of a single rogue reporter involved in hacking.

A parliamentary committee investigating the scandal that led to the closure of the News of the World in July released a copy of a legal opinion by top barrister Michael Silverleaf that was given to the company and its lawyers. 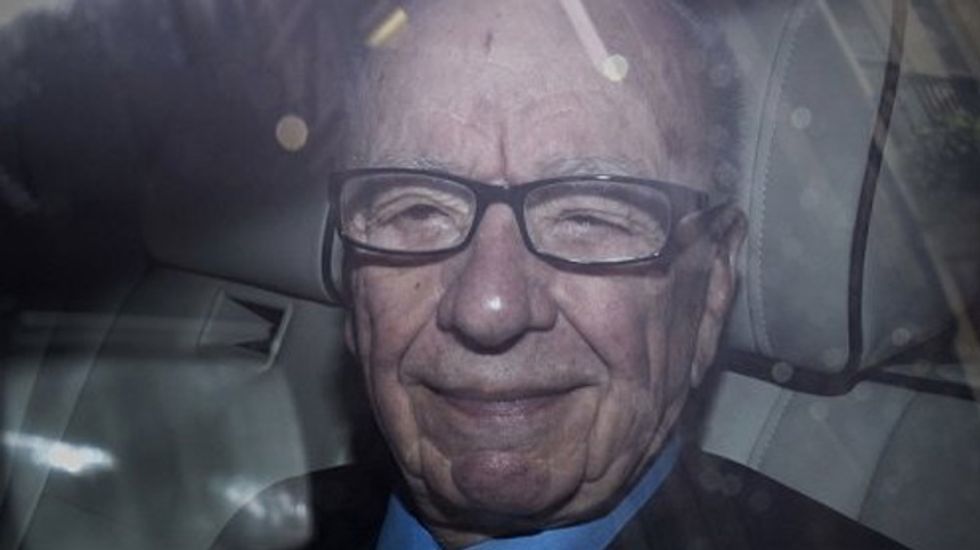 In the document dated June 3, 2008, supplied by the Culture Media and Sport committee, he warned that there was a "powerful case that there is (or was) a culture of illegal information access" at the News of the World.

Silverleaf wrote that there was "overwhelming evidence of the involvement of a number of senior NGN journalists" in "illegal enquiries" into an individual, whose name is redacted in the published opinion.

He said the allegations would be "extremely damaging to NGN's (News Group Newspapers) public reputation".

The revelations come just days before Murdoch's son James is to appear on November 10 before the committee in his second grilling by the lawmakers.

James Murdoch is expected to be quizzed over allegations that he misled the committee during a highly-charged hearing with his father in July, when he denied knowledge that hacking was widespread at the tabloid.

He insisted he had not seen an email that suggested the practice went beyond the paper's royal reporter Clive Goodman and private investigator Glenn Mulcaire, who were jailed for hacking into the voicemails of members of the royal household in 2007.

But the tabloid's former editor, Colin Myler, and its former legal manager, Tom Crone, contradicted him at a later committee hearing, saying they discussed the email with James Murdoch in a meeting in 2008.