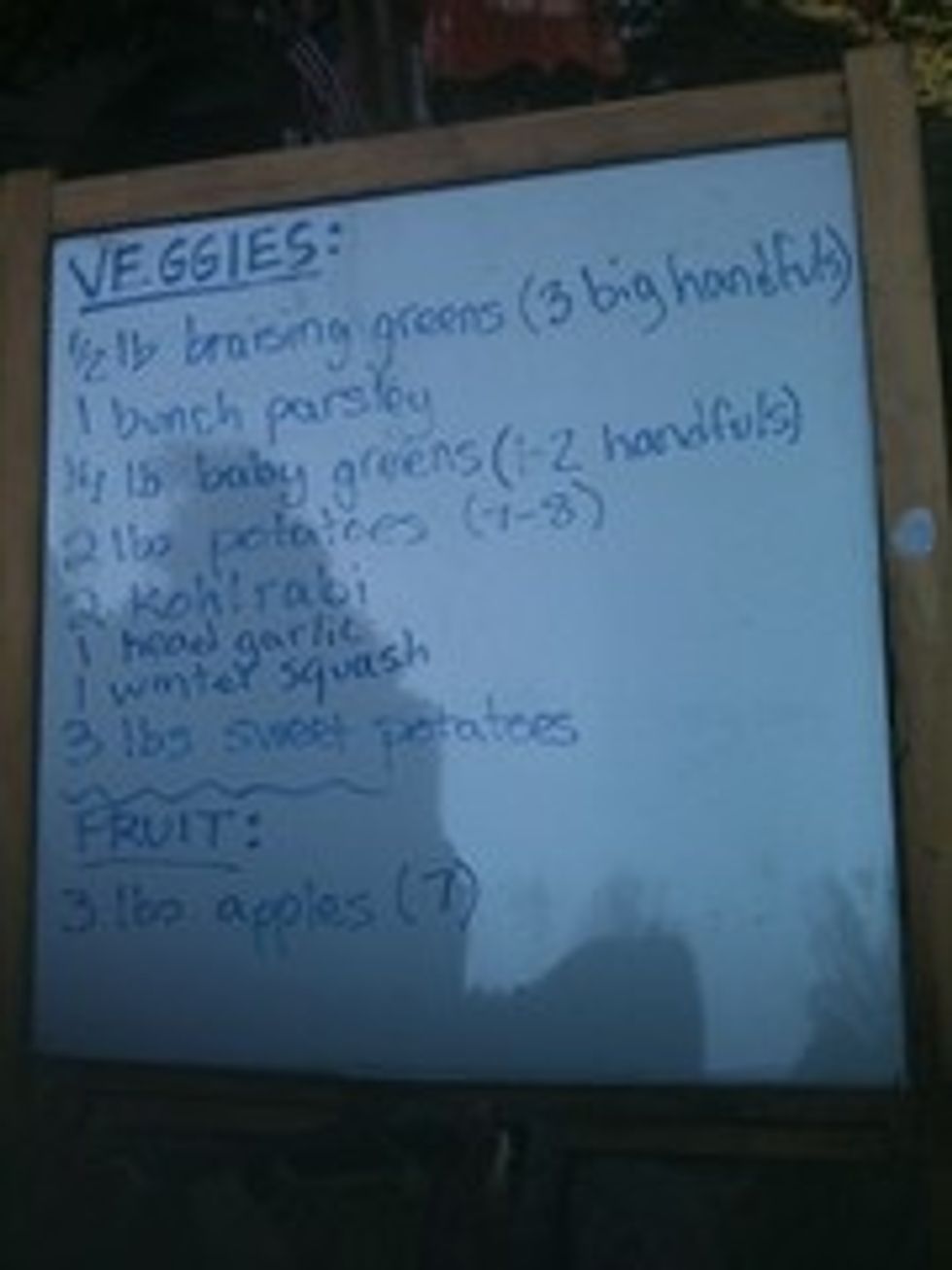 Because of all the traveling last weekend, I didn't have a chance to update the CSA blogging, so this is two weeks squished together. Unfortunately, I only have the food listing for one week, but for the other, it was the same sort of thing: fall veggies, apples, eggs. 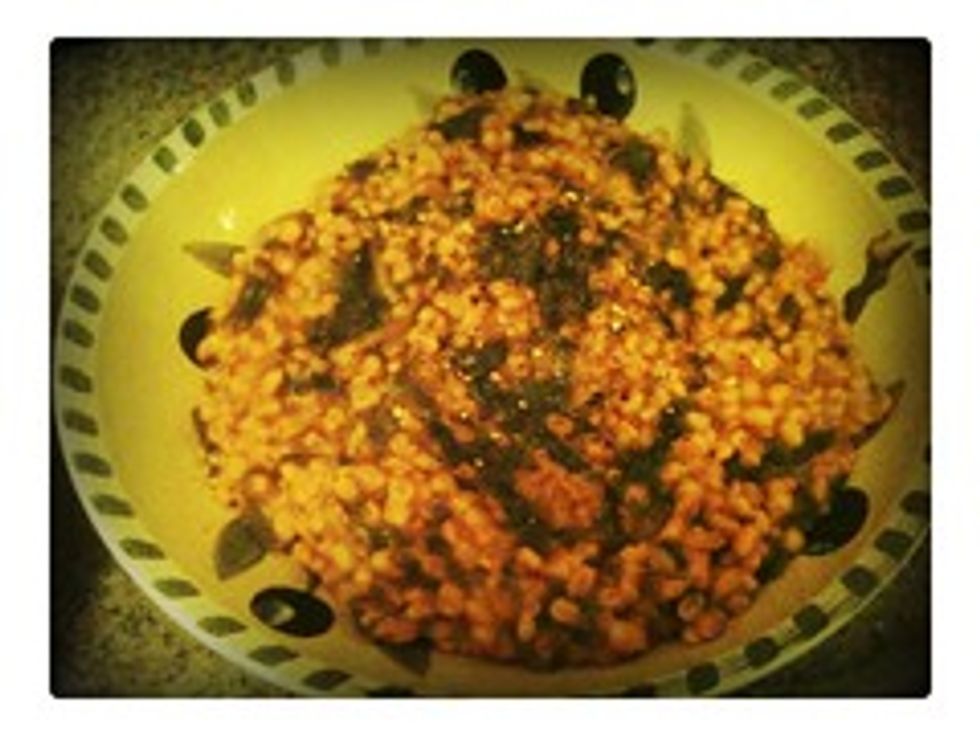 Roasted the squash and the garlic. Used it with some pearl barley, some of the parsley, chives, green onion, salt, pepper, saffron, water, and some white wine to make a barley risotto. While that cooked, I sautéed the greens and then added them to the risotto. Topped it off with Parmesan cheese.

Made a salad with spinach and apple to go with it.

If you skip the cheese and use a vegan wine, this recipe is easy to make vegan. Otherwise, vegetarian.

Took one of the sweet potatoes and used it to make sweet PLTs, one of our very favorite recipes.

I also decided to use the potatoes and some of the marinara in my freezer to make this grown-up alphabet soup recipe. I used fresh tarragon and thyme from my garden, and added parsley from the CSA. I also used frozen corn instead of peas, since that happened to be what I had. 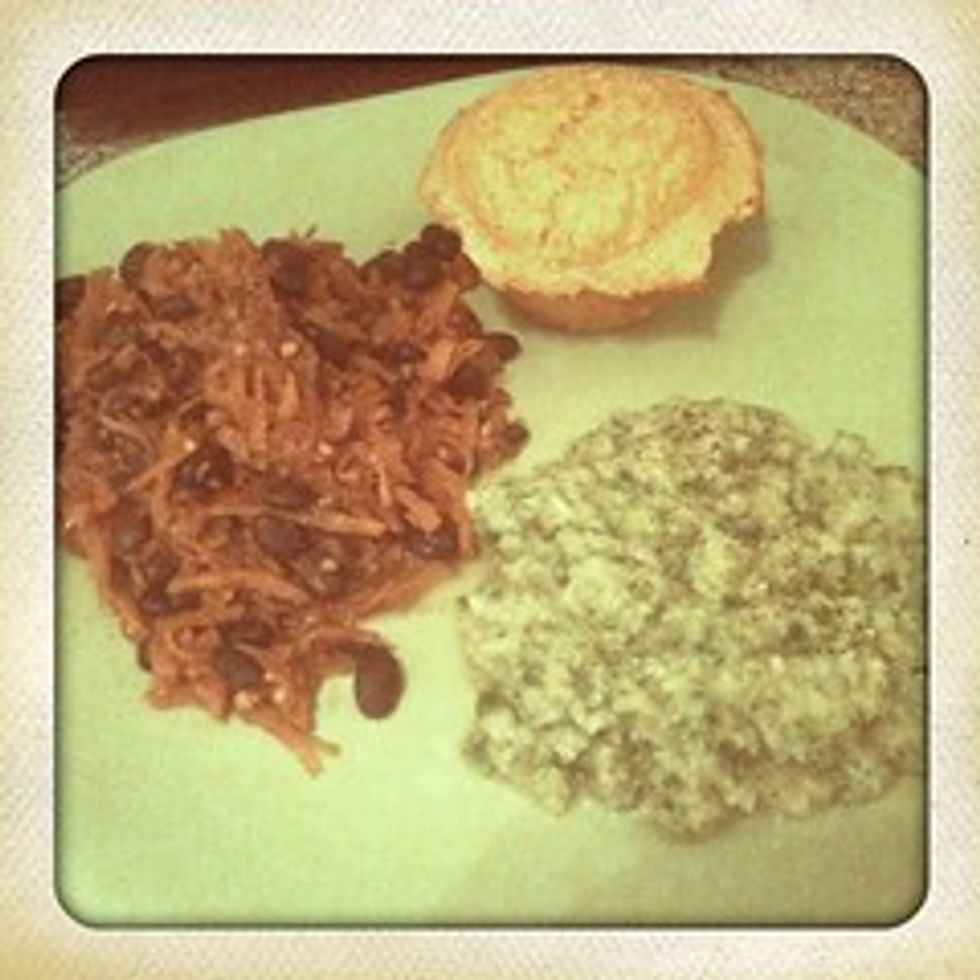 I made mashed kohlrabi, using buttermilk and what was left of the parsley, as well as salt, pepper, and a bit of garlic. 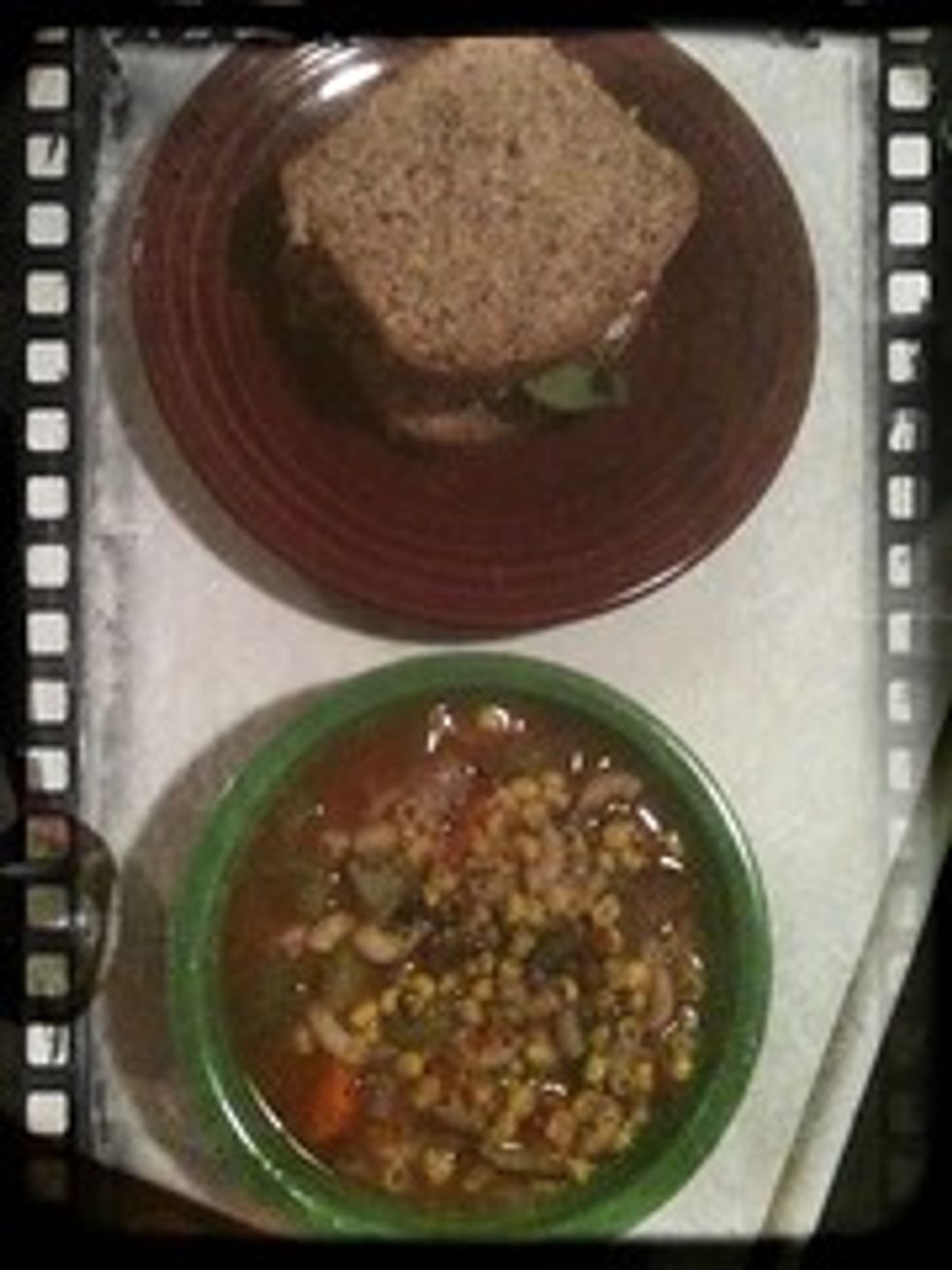 Had lots of leftovers of the black bean and sweet potato mix, so put two cups of it in the food processor with half a cup of oats, an egg, a tablespoon of cornstarch, and a bit of smoked paprika to make a mushy mix that I then shaped into burgers. I baked it at 375 for 15 minutes on each side and served it topped with yogurt and kale I had sautéed with garlic.

Made a lentil soup with lemon and dill using this recipe.

Used the lettuce and a bit of apple to make salads.

Friends invited us over for dinner, and so I made a soup from CSA ingredients. I used this recipe for butternut squash apple soup, but added more apples than it calls for and roasted the butternut squash first. I wanted it be a bit sweeter than the recipe called for, because hey, Thanksgiving.

Vegetarian, though if you used olive oil instead of butter, it would be vegan.