Some advice for the person who didn't ask for it 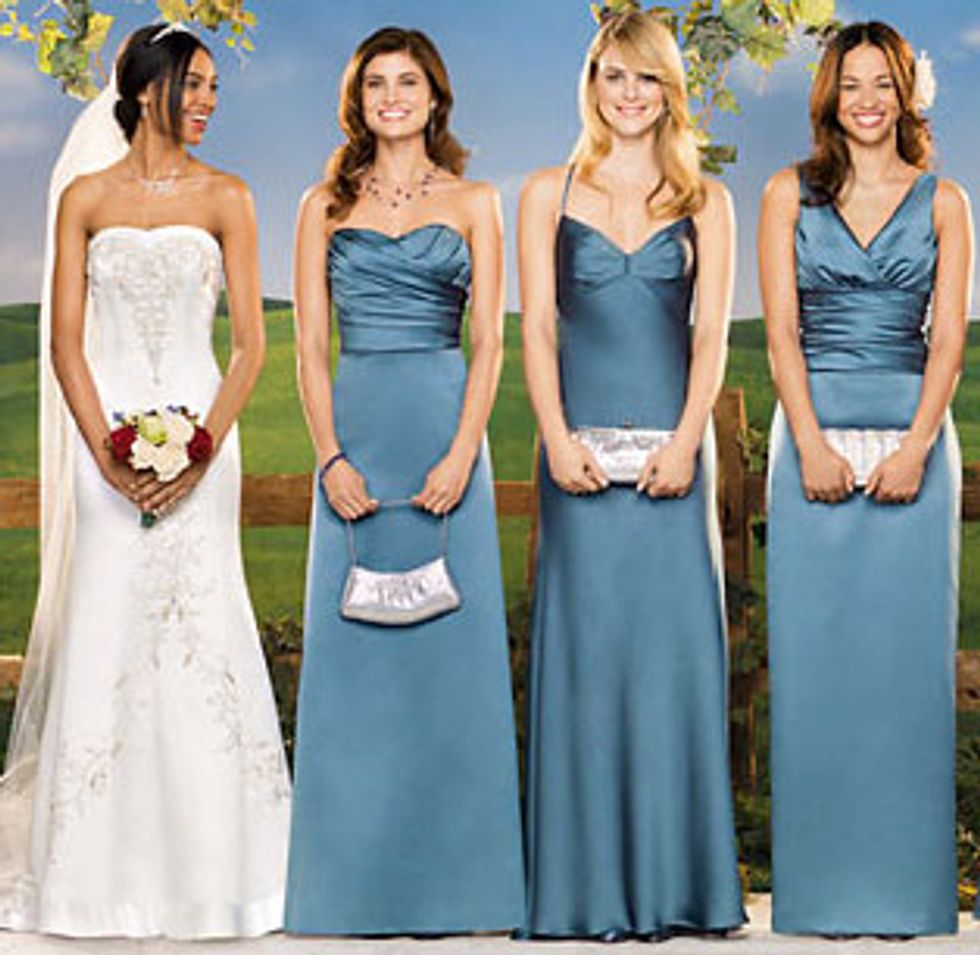 Like the advice column addict I am, I don't ever miss Dear Prudence, though I rarely say more about it than to tweet it. But this one shocked me, so I have to quote it:

My girlfriend and I are in law school together and have been dating for six months. Things are getting serious—she is the love of my life. Her best friend is getting married this spring, and my girlfriend is the maid of honor. I was excited to attend this wedding as her date. However, she recently confessed that she had previously made out with three of the groomsmen, including the best man who will walk her down the aisle. I was completely taken aback by this. She said who she made out with in the past isn't really any of my business, but she wanted to tell me so I wasn't in the dark at the wedding. I’m pretty upset. She said I should consider how she feels, having to participate in a wedding along with these guys. That makes sense, but those are the repercussions of her actions. Should I go to the wedding and be uncomfortable watching her walk down the aisle with someone she's kissed before, who is still in love with her? Or should I just skip the whole thing and save myself some emotional trouble?

Prudie demonstrates more restraint than I would, but her advice is basically, "Grow up." I realize that most advice columnists stick pretty stringently to the rule that you only advise the person who wrote in, so she leaves it at that. But I want to write a piece of advice to the unfortunate woman who is dating this choad:

He's going to fight you, and be a massive asshole who hits below the belt when you try to break up with him, but that isn't going to get better. The longer you're in, the longer he will draw out the break-up, since he'll have more to hold over your head in an attempt to control you. So leave now. It doesn't get easier after this. This guy is throwing off red flags like a motherfucker. He's like the living embodiment of a mindfuck. He claims in a single paragraph that you're the "love of his life", but then proceeds to dress you down for supposedly being a giant slut. He goes through the like 2/3 cycle of domestic abuse in this paragraph. He's already trying to drive a wedge between you and your friends, by convincing you to quit on your friend's wedding, which will probably piss her and a lot of people off, making it harder to maintain contact with them, and making you ever more dependent on him, making it even harder to leave the next time he dresses you down for your "actions". Or, if he can't get that, he'll at least derive satisfaction from knowing that you'll be forced to explain all night why he's boycotting the wedding, which as close as he can get to painting a scarlet A on your bridesmaid's dress.

By the way, can we talk about the phrase "repercussions of her actions"? Any man who says this about sexual activity you engaged in as a free, single adult before you started dating him should be dumped immediately, and his angry phone calls and emails ignored and deleted. It's not just that he's a horrible prude and dangerously jealous. It's also that he's already cast you as the naughty girl and himself as the moral authority whose job is to discipline you. That will come up again and again, as he recasts his own flaws---in this case, being a jealous idiot---as your sins, for which you deserve "repercussions". You've been together for 6 months and he's acting like judge and jury more than infatuated boyfriend, all protestations of "love of my life" aside.

By the way, guys who get really serious really fast are also ones to look out for. Six months is good for "I love you" and maybe even "let's move in together". But "love of my life" and pushing for a permanent commitment is scary. Coupled with the jealousy and mindfucks, I say get away and get away fast.