The presidential campaign of former Sen. Rick Santorum is allegedly sending out unsolicited emails based on contact lists that it has obtained, a practice commonly known as spamming.

The Next Web first reported that the Santorum campaign was sending unsolicited emails. Emails and a screenshot (see below) obtained by Raw Story thanks to Sarah Burris confirmed that the campaign was gathering email addresses through email contact lists.

"If it’s true that Santorum’s campaign bought a list, that’s very bad form — first, it means he’s functionally spamming people, since they didn’t ask to get information from him," noted the blog e.politics. "Second, a purchased list isn’t too likely to yield good results."

Burris told Raw Story that the Santorum campaign sent emails to two of her addresses, which were primarily used to purchase items online.

"I am putting together a campaign of regular Americans who understand that now is the time to save America. These are Americans with the courage to fight the liberal left – not with moderate mushiness, but with bold ideas," one of the emails said. "Will you join the millions of Americans who are rallying to our campaign and donate today?"

Others have complained about receiving spam from Santorum as well.

Some companies sell their email contact lists to third parties. Other companies use software to automatically search the Internet for email addresses to compile a list. 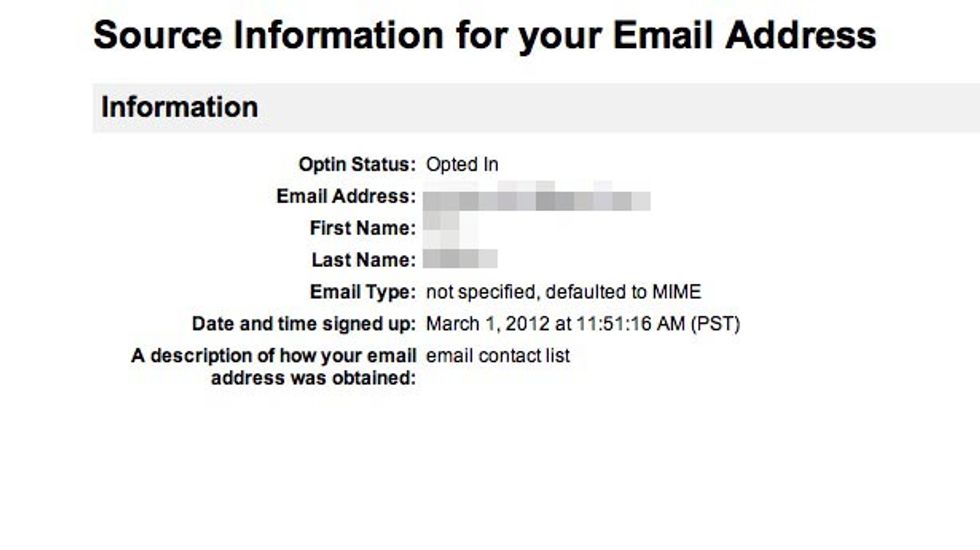