LUBBOCK, TEXAS -- The Planned Parenthood Federation of America (PPFA) has fired the President and CEO of their Lubbock, Texas branch, following an arrest for indecent exposure.

Tony Ray Thornton, 56, allegedly exposed himself to another adult male on Monday afternoon at the MacKenzie Park baseball field, according to a police report obtained by Raw Story.

"Effective immediately Tony Thornton has been placed on leave and will no longer serve as the CEO of Planned Parenthood of Lubbock, following his arrest related to a personal matter," Mariah Sharpe, board chair of PPFA in Lubbock, told Raw Story. "Tara Haskell, formerly the Director of Finance, will immediately take over as interim CEO of Planned Parenthood of Lubbock."

"Planned Parenthood insists on the highest professional standards, and we will continue to provide essential quality health care to the Lubbock community without interruption," she added.

His arrest comes at the worst possible time for PPFA, which has been under attack by Texas Republicans who've pushed to withdraw all taxpayer funding to the network of non-profit clinics.

As a result of Texas officials' refusal to let PPFA participate in public health programs, the Obama administration announced on Friday that it would not give Texas any federal money for women's health programs, which could cause over 130,000 low-income women to lose access to crucial health services.

Thornton was a vocal critic of Republicans' attacks on PPFA, and his arrest will only provide more fodder for conservatives to claim they're justified in de-funding the organization.

The police report from Thornton's arrest follows, below. 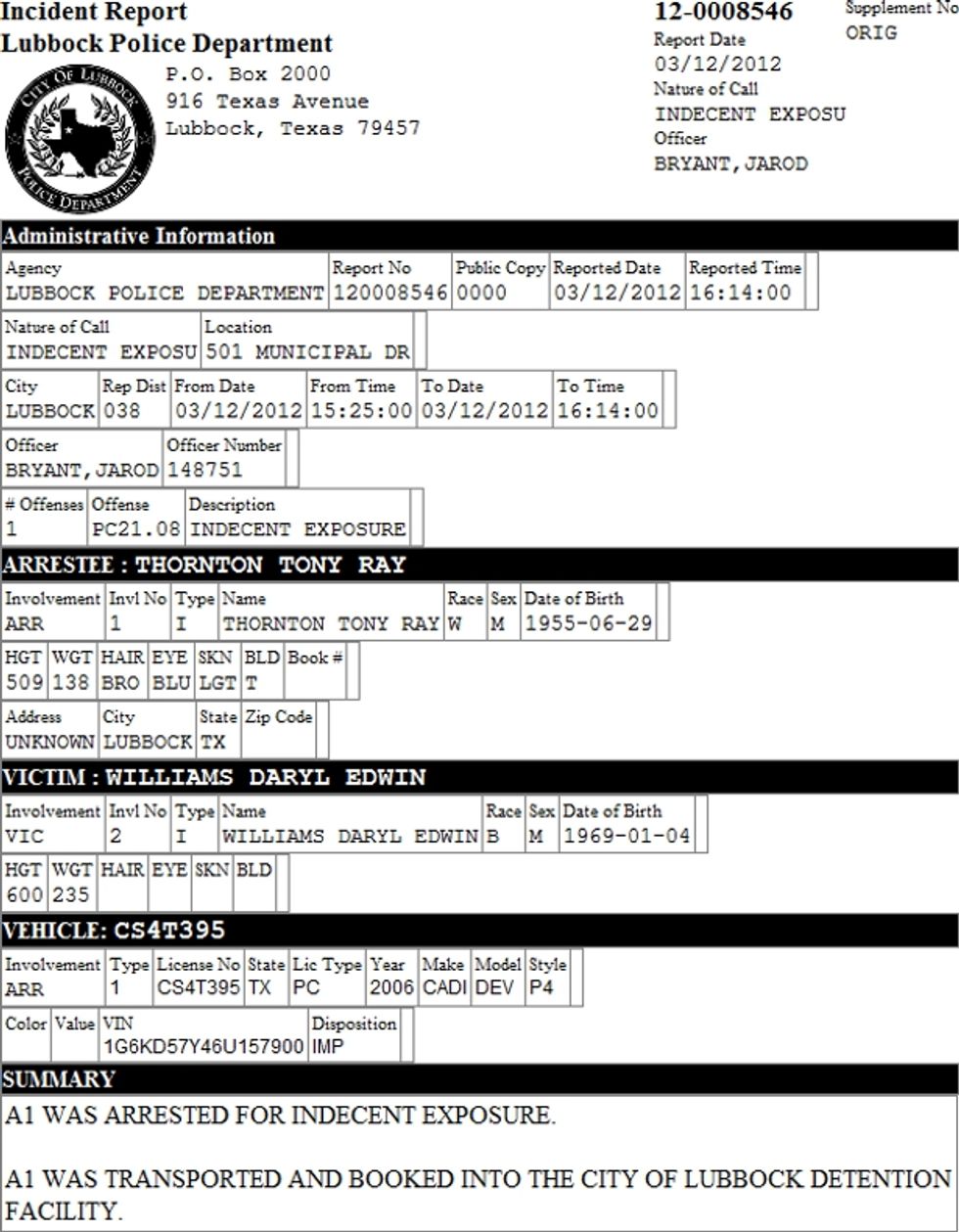