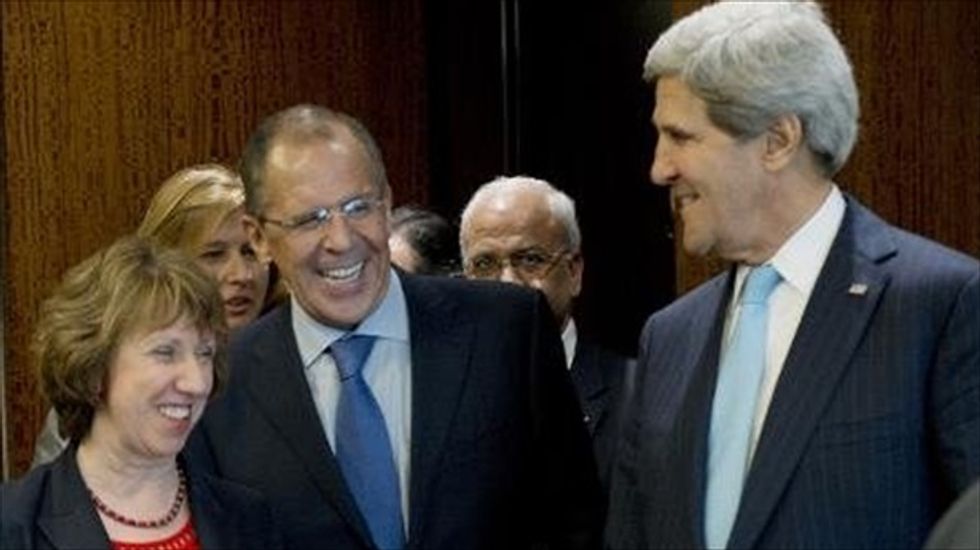 EU foreign policy chief Catherine Ashton on Monday played down Iran's calls for a nuclear accord within a year, saying that technical work will take time.

Iran's new moderate leadership said last week that major powers had agreed to seek a deal within 12 months on Tehran's disputed nuclear program after landmark contact between the Islamic republic and the United States.

Ashton, who will lead the October 15-16 negotiations in Geneva among Iran and six other nations, said that the potential dismantling of parts of Tehran's nuclear program required expertise "and that technical work takes time."

"Part of being level-headed, clear-eyed, is to say, okay, if this is real, let's make it real and let's make sure that everybody can be confident in what we're actually doing," Ashton said in Washington when asked about the timeframe for a deal.

Ashton said it was critical to convince "those who are most worried and most skeptical."

Iran's newly elected President Hassan Rouhani on Friday spoke by telephone to his US counterpart Barack Obama, the first contact between the nations' leaders since the 1979 Islamic Revolution.

Obama met Monday with Israeli Prime Minister Benjamin Netanyahu, who has denounced Rouhani as an imposter and demanded that sanctions be maintained or strengthened.

"By no means is the prime minister of Israel alone. There are plenty of those who have good reason to be concerned, either because of proximity or because of things that have been said historically," Ashton said at the Woodrow Wilson International Center for Scholars.

Iran's former president Mahmoud Ahmadinejad was known for his strident denunciations of Israel and his denial of the Holocaust.