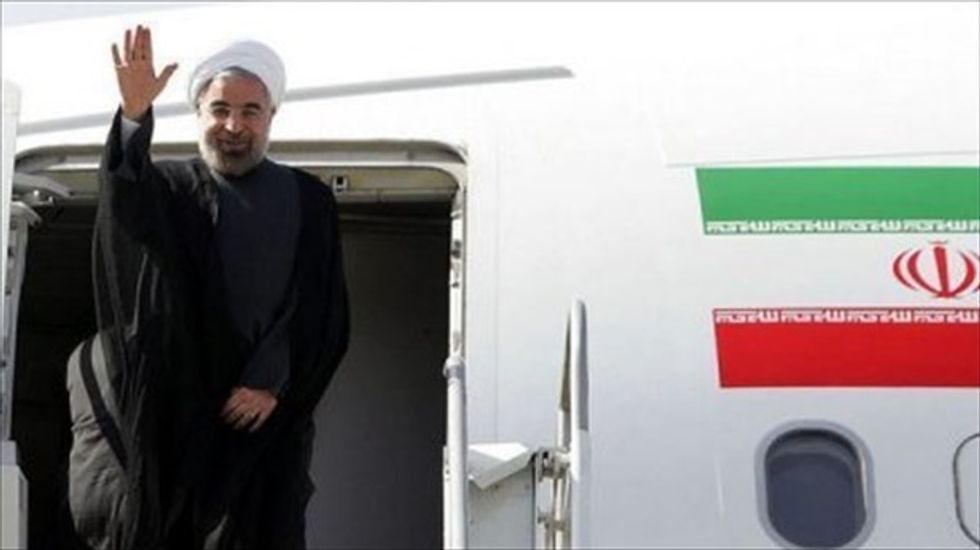 A handout picture released by the Iranian presidency shows President Hassan Rowhani waving before entering an airplane to attend the UN General Assembly, at Tehran's Mehrabad Airport, on Sept. 23, 2013. [AFP]

President Hassan Rouhani said Thursday that Iran was committed to negotiate on its nuclear program in "good faith" after the highest-level talks yet held with world powers.

"We are fully prepared to seriously engage in the process toward a negotiated and mutually agreeable settlement and do so in good faith and with a business-like mind," Rouhani told a think tank forum in New York.

He addressed the Asia Society and Council on Foreign Relations soon after his foreign minister held talks with major powers at the United Nations in the highest-level contact ever between the United States and Iran over its nuclear program.

"We hope that this positive sep that has been taken as a first solid and strong step will help us continue talks," Rouhani said.

Asked about his recent remarks to The Washington Post that he wanted a deal within months, Rouhani said: "The sooner the better."

"We think that a speedy settlement will support both sides," he said.