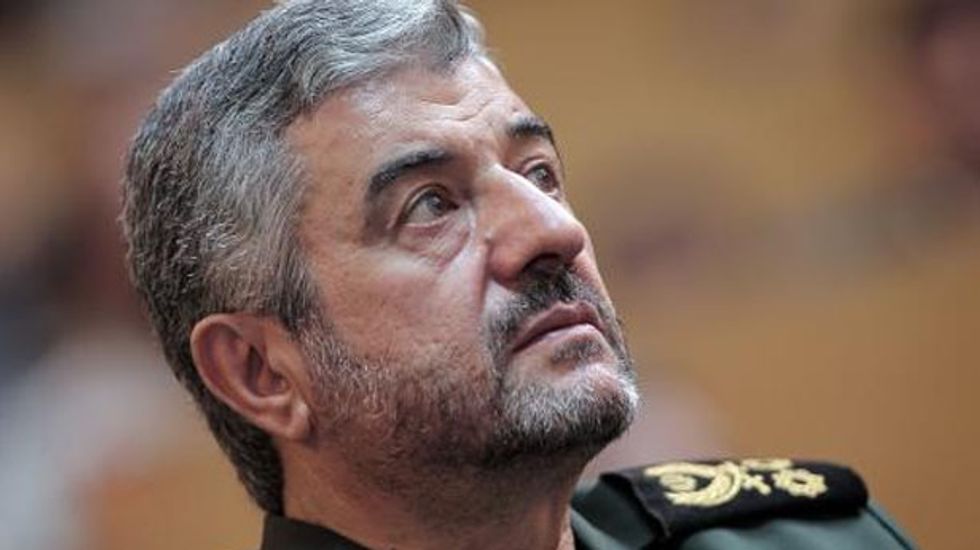 It was the first public criticism by a senior Iranian official of Friday's landmark first contact between leaders of the two countries since the rupture of diplomatic relations in the aftermath of the 1979 Islamic revolution.

"The president took a firm and appropriate position during his stay" in New York for the United Nations General Assembly, General Mohammad Ali Jafari said in an interview with the Tasnimnews.com website.

"But just as he refused to meet Obama, he should also have refused to speak with him on the telephone and should have waited for concrete action by the United States."

The government can make "tactical errors" but these can be "repaired," said Jafari

"If we see errors being made by officials, the revolutionary forces will issue the necessary warnings," he added.

The public criticism came despite appeals earlier this month by both Rouhani and supreme leader Ayatollah Ali Khamenei for the Guards, who have long seen themselves as guardians of the values of the revolution, to steer clear of politics.

Jafari said Washington should respond to the good will shown by Rouhani in New York by "lifting all sanctions against the Iranian nation, releasing Iranian assets frozen in the United States, ending its hostility towards Iran and accepting Iran's nuclear programme."

The commander of the Guards air wing General Amir-Ali Hadjizadeh told the corps' own sepahnews.com website that "US hostility can't be forgotten with a phone call and a smile".

On September 17, Khamenei said it was "unnecessary" for the Guards to get involved in politics.

The previous day, Rouhani called on the Guards to "stand above political tendencies".

Rouhani's contact with Obama was broadly welcomed in the Iranian press as well as abroad, but a small group of hardline Islamists protested outside Tehran's Mehrabad airport on his return.

A shoe was thrown, as the protesters chanted: "Death to America," a slogan that was long a ritual refrain at official rallies.