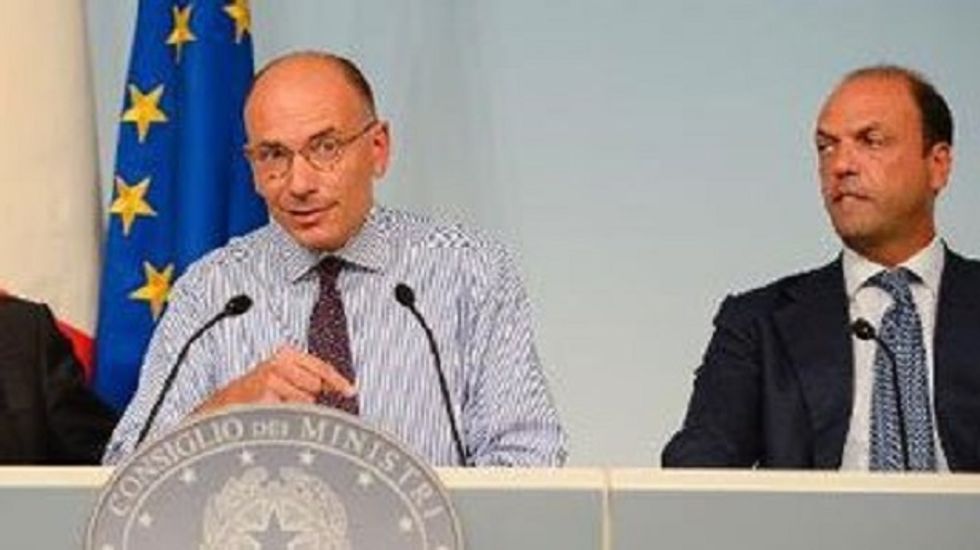 All five ministers of the People of Freedom (PDL) party took the decision at the urging of leader Silvio Berlusconi, said Angelino Alfano, Italy's deputy premier and PDL party secretary.

The flamboyant former prime minister had dismissed as "unacceptable" a demand by Letta on Friday for parliament to express support for the government next week, in a bid to end a crisis that has driven the bickering ruling coalition to the brink of collapse.

Letta told a cabinet meeting, tasked with approving key measures to rein in the recession-hit country's budget deficit, that no further legislation would be enacted until the political crisis was resolved.

The cabinet had convened to determine how to delay a controversial planned rise in its value added tax, but the meeting ended in disarray amid escalating tension over Berlusconi's tax fraud conviction.

"I have no intention of limping along or being the subject of continuous threats," Letta said in a statement.

Stressing "the inescapable need to clarify the political situation in parliament", he said a temporary "stop to every government decision, even on tax or economic themes, cannot be avoided."

Berlusconi allies had threatened to resign from the uneasy five-month-old coalition with the centre-left Democratic Party over the media mogul's legal problems.

Letta said Italy could not commit "to measures worth billions of euros without a guarantee on the government's continuity."

The premier was expected to ask parliament to assure its support from as early as Monday.

Berlusconi's loyalists threatened to resign if a special Senate committee votes to oust the 76-year-old from his seat in the upper house following his conviction, which was upheld by Italy's top court in August.

The committee is set to meet on Friday, when Berlusconi supporters have announced they will take to the streets of Rome in protest.

The billionaire's legal team has reportedly suggested that any decision about removing him from parliament should wait until the European Court of Human Rights rules on his argument that he should be exempt from the relevant law because it should not apply for convictions on crimes committed before its adoption, as in his case.

Letta has repeatedly called for political stability as Italy struggles to emerge from its longest recession since World War II.

The International Monetary Fund warned Friday that tensions within the coalition were a "key risk" for the economy.

Letta's government was cobbled together following a two-month stand-off after an inconclusive general election in February, and while the government has launched major reforms, it has been hobbled by the tensions.

The clash over the VAT hike is just the latest in a long string of bitter differences.

The PDL has been pushing hard for the government to delay the tax rise, but to do so Italy would need to find over 3.0 billion euros ($4.05 billion) to plug the gap and bring the deficit below the EU ceiling.

A plan to fund the delay by increasing fuel taxes sparked anger among members of the centre-right, who said it would punish already hard-hit consumers.