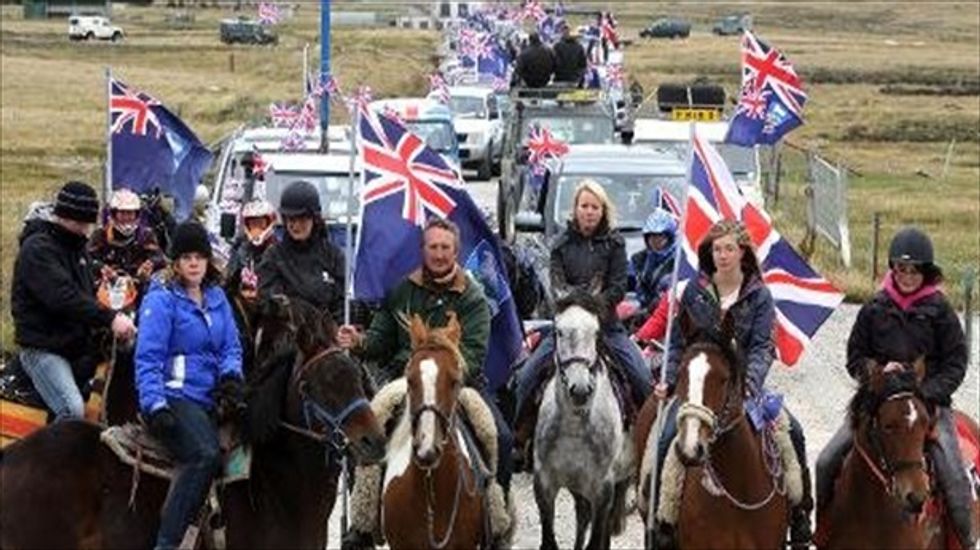 Spain denied Argentina's claims the two countries had clinched an agreement to get Britain to negotiate the future of the Falkland Islands and Gibraltar.

Both territories -- the Falklands in the South Atlantic, which Argentina calls the Malvinas, and Gibraltar at Spain's southern tip -- are controlled by Britain.

But Argentina and Spain claim sovereignty over them, respectively.

Buenos Aires announced on Thursday that the two countries had agreed to work together on their respective disputes with Britain.

But "there has been some misunderstanding," Garcia-Margallo added, making it clear that the parallels do not mean that the parties support all measures taken by each government.

Still, he added, "Spain, and I'm sure Argentina too, are willing to play all their cards on the international stage to continue defending their legitimate demands."

Spain has been struggling for decades to recover Gibraltar, the rocky and strategic promontory that overseas the gateway into the Mediterranean from the Atlantic. Spain ceded it to Britain in 1713.

London says it will not do so against the wishes of Gibraltarians, who are staunchly pro-British.

Argentina and Britain fought a brief but costly war over the Falklands in 1982, which Buenos Aires lost. The fighting left 649 Argentines and 255 Britons dead.