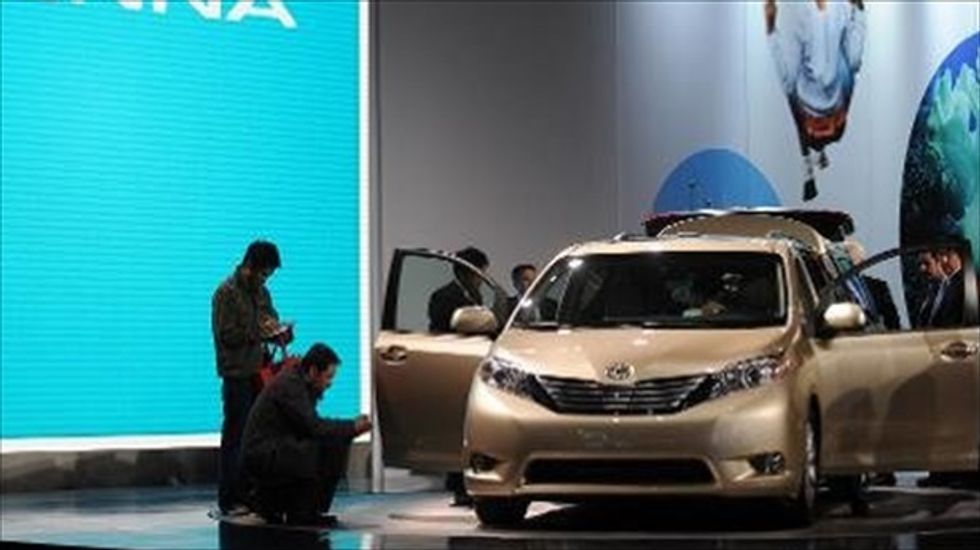 The new 2010 Toyota Sienna is displayed during the Los Angeles Auto Show on Dec. 2, 2009 in Los Angeles, California. [AFP]

The faulty shift lever has been found to occasionally slip out of the park position, which "could result in a vehicle roll-away," Toyota said.

"The minor accidents involved some minor property damage. The injuries are on the order of bruises."

A lock on the shift level generally prevents the vehicle from moving out of the park position unless the brake is depressed. But Toyota found this lock could become damaged and is contacting customers to inspect and replace it.

There are also 300 affected Siennas in Germany and 100 in Guatemala, Knight said.