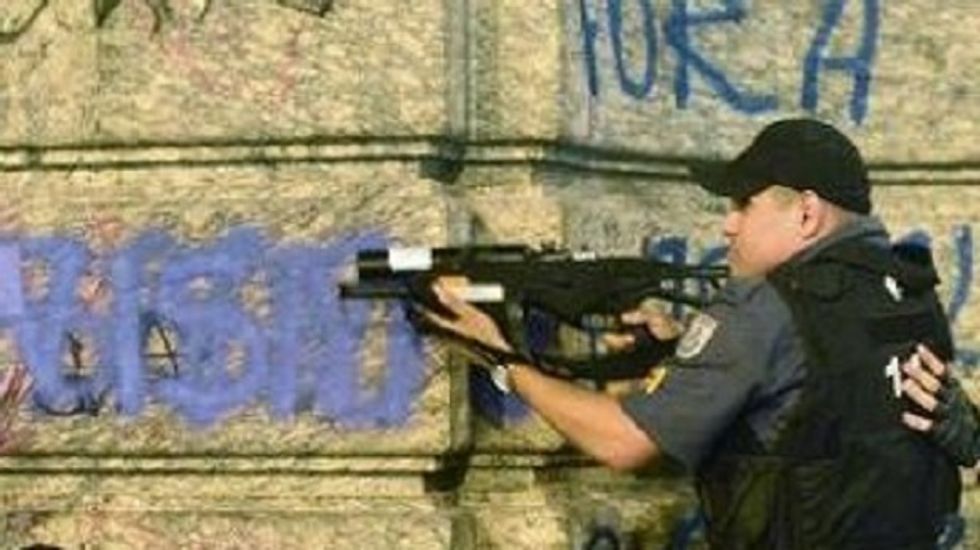 Leaders of one of Brazil's most feared gangs have warned they will order a wave of terrorist attacks during next year's World Cup if they are moved into a maximum security prison in the state of Sao Paulo.

One of Brazil’s largest criminal gangs has threatened to unleash a wave of terrorist attacks during next year’s FIFA World Cup and presidential elections if authorities transfer jailed bosses to a solitary confinement unit in the state of Sao Paulo, according to a Brazilian daily.

The First Command of the Capital gang, better known in Brazil by the Portuguese acronym PCC, also plan to organize prison strikes and target police officers, according to mobile telephone conversations intercepted by intelligence units and leaked to the Estado de Sao Paulo daily.

The threat to spread fear during next year’s international football tournament comes a week after an extensive report by prosecutors on the PCC’s activities was revealed by the same newspaper. The report confirmed that the gang’s leaders continued to run crime operations from inside prisons via mobile phones.

The PCC's “World Cup of Terror” warning came after Brazil's press reported that cartel bosses would be moved to the maximum security Presidente Bernardes Prison, located near Sao Paulo’s isolated western border, and that new equipment blocking mobile telephone signals would be installed at penitentiaries.

The state’s top cop, Benedito Roberto Meira, said he had ordered his troops to be on high alert. Over 100 state police officers were murdered in 2012 after the PCC ordered attacks on security forces.

Authorities rushed to downplay the danger to tourists, who are expected to flock to Brazil in their thousands for the World Cup starting in June.

“I don’t think that a criminal organisation can threaten an event like the World Cup,” Sports Minister Aldo Rebelo told reporters on Wednesday after a parliamentary session dedicated to tourism. “As we know, Brazil is a country with many problems, but relatively sophisticated in some areas. Our security system is strong.”

“It is a group that should be taken seriously and is being fought like any criminal organization,” Sao Paulo’s public security office said in the statement. “However, the information gathered so far by intelligence services does not point to any indication that an attack will occur.”

The gang’s threat to violently disrupt the World Cup is just the latest bad publicity for Brazil as the country prepares to host one of the most eagerly awaited and watched events on the planet.

Reacting to its own report in an editorial on Wednesday, the Estado de Sao Paulo newspaper said the PCC had gone too far and urged the government institutions to wage an incessant war on the crime syndicate.

“As soon as possible, [police] must launch an offensive and give no quarter to that criminal organisation, which represents an unacceptable threat to the authority of the state,” the newspaper said. “Getting rid of mobile phones in prisons and putting their leaders in solitary confinement [...] are critical measures to contain and break the PCC.”