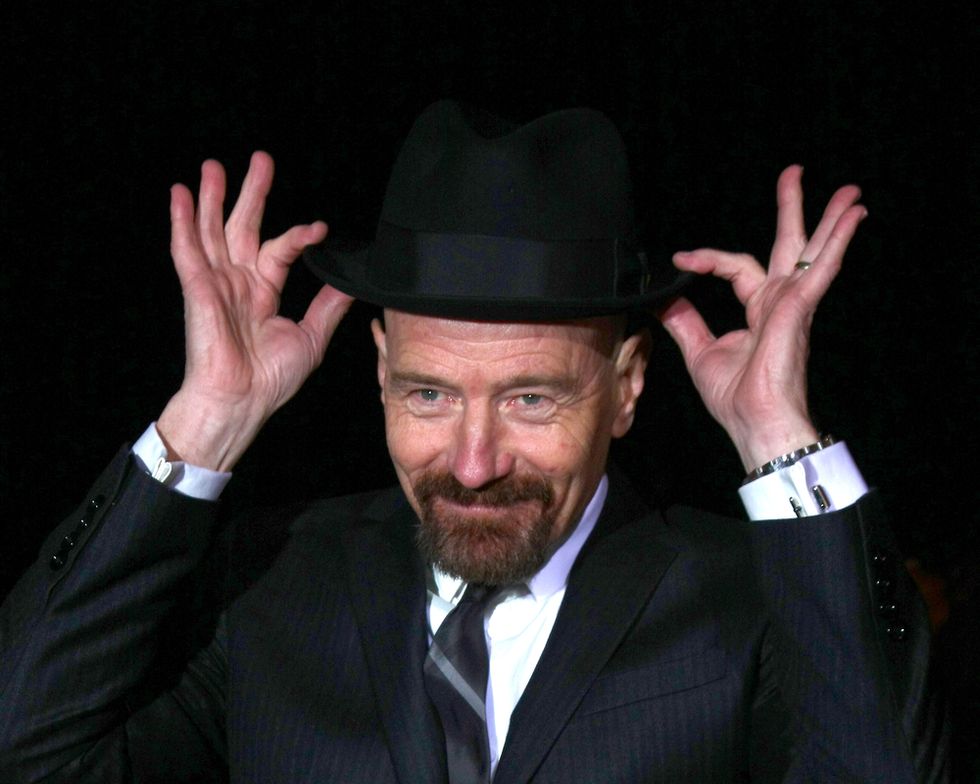 A recently deceased drugs kingpin who founded a multimillion-dollar methamphetamine empire was receiving an unexpected send-off on Saturday, with an elaborate funeral supported by politicians and city officials and a guard of honour provided by the police.

Walter White's final farewell in Albuquerque, New Mexico, was even set to be streamed live on YouTube – although, as with most things in the former high school chemistry teacher's life, all was not as it seemed.

White, as the millions of fans of the hit US television drama Breaking Bad know, is a fictional character who was killed off this summer at the end of the series' fifth and final season. Actor Bryan Cranston played the terminally ill chemist who crafted a highly profitable drugs operation to provide for his family after his death.

Saturday's showcase funeral, therefore, had no body. But it is a real-life effort by its organisers to turn the show's immense popularity into a force for good, with a healthcare charity for Albuquerque's homeless expecting to raise more than $100,000 from the event.

Dan Houston, the sheriff of Bernalillo County, admits he had never heard of White's character, or Cranston, the actor who won multiple Emmy awards for the role, when he was first approached to provide a funeral escort. But he said he was keen to lend manpower to support the venture when he learned of its intention, claiming that a majority of inmates at the "out of control" county jail were drug addicts.

"Walter White has brought awareness to viewers about the problems associated with drug abuse and homelessness," Houston said. "If his death can generate financial donations to combat that, then Albuquerque Health Care for the Homeless is a well-deserving recipient."

Cranston will not attend his character's funeral, which was set to take place at the Sunset Memorial Park cemetery followed by a fundraising "wake" at Vernon's Hidden Valley Steakhouse in the city. In fact, nobody senior from the AMC show's production team was available. A set decorator, Michael Flowers, will deliver the eulogy after a tribute to Hank Schrader and Steven Gomez, two fictional Drugs Enforcement Agency officers who were murdered in the final series, is read out.

But Jackamoe Buzzell, a fan of the show who organised the event, complete with real headstone and a fleet of black limousines, was undeterred. He pointed out that areas of Albuquerque where Breaking Bad was filmed had become a huge draw for tourists and that an obituary for White appeared in the local newspaper after the final episode had aired.

One enterprising local company even offers tours of locations featured in the show, with fans ferried about in a recreational vehicle similar to the "Krystal Ship" used by White as a mobile meth lab as he battled lung cancer.

"Breaking Bad means a lot to New Mexico, more than just a celebration of Walter White, and to be able to channel that popularity to support a homeless charity in this way is testament to that," Buzzell said.

Not everybody in Albuquerque supports the event, the local KOAT television station reporting that it had received several calls complaining that the use of the cemetery for a fictional stunt was disrespectful. But the funeral does have the blessing of city officials, leaders of the New Mexico film industry and the Albuquerque Community Foundation.

A YouTube production of the ceremony can be accessed through a link on the walterwhitefuneral.com website at 6.30pm EST.

Watch video about this story from Friday, October 18, via Albuquerque's KOAT-TV:

Watch the funeral broadcast at 6:30 p.m. (EST), embedded below via the Albuquerque Community Foundation: