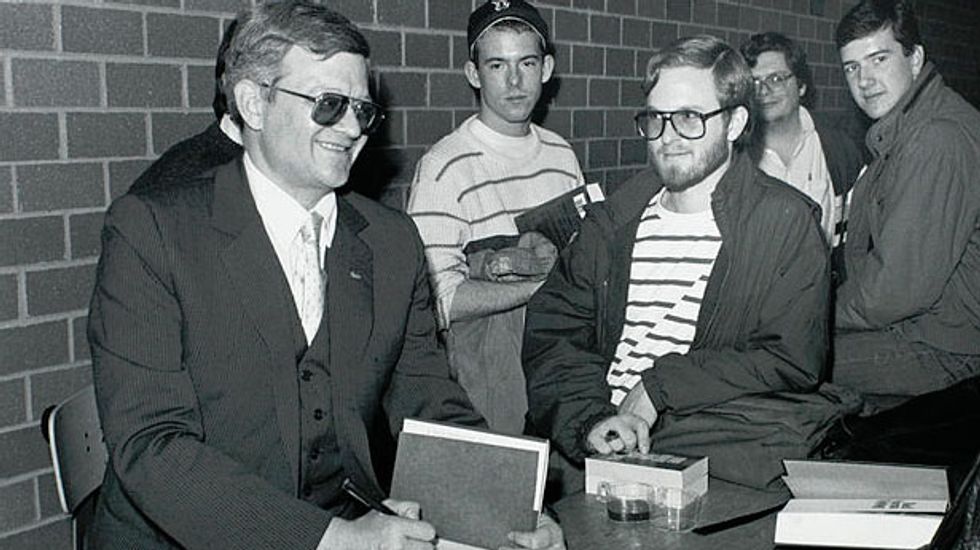 US author Tom Clancy, whose spy and military thrillers became worldwide best-sellers and inspired several Hollywood hit films, has died, US media reported Wednesday. He was 66.

His long list of novels included "The Hunt for Red October," "Patriot Games" and "Clear and Present Danger."

The Baltimore Sun newspaper said Clancy, a Maryland native, died Tuesday "after a brief illness" at the city's Johns Hopkins hospital. The New York Times cited his publisher in reporting the death.

Clancy set his novels in the context of the Cold War and its aftermath, focusing on espionage and military science with rich attention to technical detail.

"The difference between fiction and reality is that fiction has to make sense," he once said.

Clancy also lent his name to a series of video games, including "Tom Clancy's Splinter Cell: Blacklist," released in August by Ubisoft.

An avowed Republican, Clancy was also a co-owner of the Baltimore Orioles baseball team.