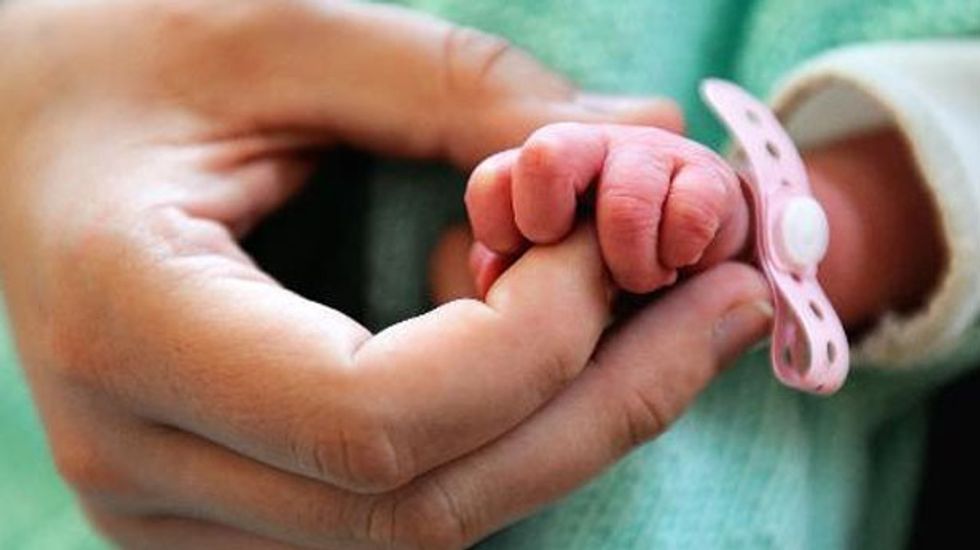 European bioethicists raised the red flag Thursday over an American patent for a method that could allow people to choose genetic traits like eye colour in children sired from donor eggs or sperm.

The patent for what is called a "gamete (egg or sperm) donor selection" method, was granted by the US Patent and Trademark Office (USPTO) to the firm 23andMe on September 24.

A description on the USPTO website said the "technique allows the potential gamete recipients to make more informed donor choices".

"What 23andMe is claiming is a method by which prospective donors of ova and/or sperm may be selected so as to increase the likelihood of producing a human baby with characteristics desired by the prospective parents," said the commentary by medical ethicists from Belgium, the Netherlands and France published in the journal Genetics in Medicine.

This would be based on a computerised comparison of the genomic data of the egg provider with that of the sperm provider.

Characteristics on the parents' "shopping list" could include height, eye colour, muscle development, personality traits, or risk of developing certain types of cancer and other diseases, said the commentators.

There were also options for "0% likely endurance athlete" and "100 % likely sprinter", though the company had stated it could not guarantee the outcome but merely boost the chances of a child having the desired traits.

The commentators describe the method as "hugely ethically controversial" -- particularly as it allows for the selection of characteristics that have nothing to do with the child's health.

"At no stage during the examination of the patent application did the patent office examiner question whether techniques for facilitating the 'design' of future human babies were appropriate subject matter for a patent," they wrote.

The USPTO said it did not comment on issued patents.

23forMe said the patent, applied for more than five years ago, was for a tool dubbed Family Traits Inheritance Calculator that offered "an engaging way for you and your partner to see what kind of traits your child might inherit from you" -- from eye colour to whether the child will be able to perceive bitter taste or be lactose intolerant.

The language of the patent was much broader than the technology to support the calculator, the company said in a blog on its website.

"At the time 23andMe filed the patent, there was consideration that the technology could have potential applications for fertility clinics, so language specific to the fertility treatment process was included," it said.

"The company never pursued the concepts discussed in the patent beyond our Family Traits Inheritance Calculator, nor do we have any plans to do so."