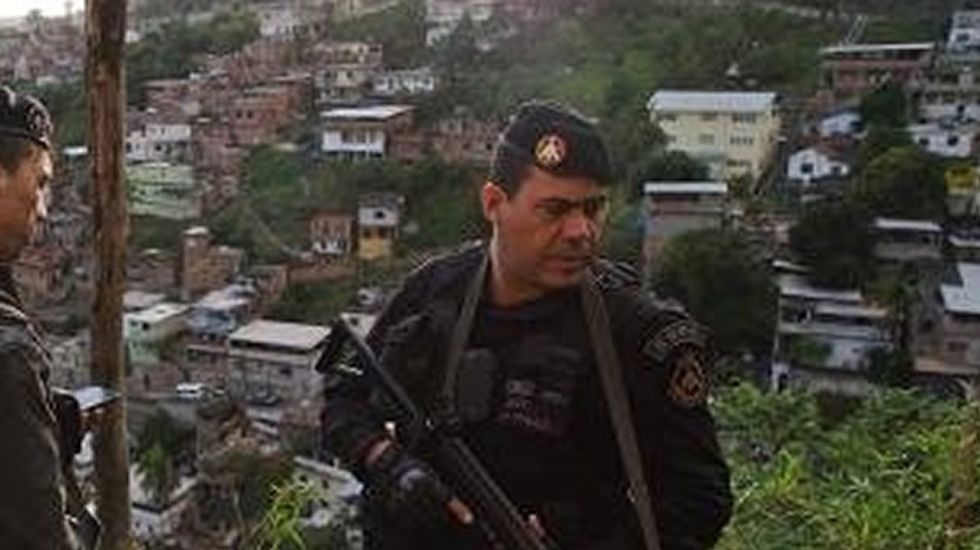 Police moved into a series of favelas in Rio de Janeiro Sunday, continuing a drive to pacify the poor neighborhoods despite a police brutality scandal that has raised questions about the tactic.

Backed by Brazilian marines in armored vehicles, more than 1,000 police poured into a dozen slum neighborhoods in northern Rio just after dawn, meeting no resistance, AFP journalists on the scene said.

"It's one more step in the direction of peace," said Rio de Janeiro governor Sergio Cabral.

After sweeping through the area, police began going house to house to conduct searches and question suspects.

"That population has been clamoring for this for a long time," Rio security chief Jose Mariano Beltrame said.

The deployment of so-called Police Pacification Units aims to wrest control of poor hillside neighborhoods from drug gangs and bring down violent crime in the city that will play host to the 2014 World Cup and 2016 Olympic Games.

But the police tactics have come under scrutiny after 10 members of one pacification unit were arrested this week in the torture-slaying of a bricklayer who disappeared in July from Rocinha, the city's largest favela with 70,000 inhabitants.

His body has not been found, but investigators say he was tortured to death by members of a pacification unit who were seen on a surveillance tape taking him into custody.

Police inspector Ellen Souto, who is heading the police probe into the death, said 22 other people have charged they also were tortured with electric shocks and hot wax.

Cabral, under attack over the police scandal, defended the pacification units, known by their Portuguese acronyms as the UPP.

"I lament the conduct of those police officers, which was abominable, but without a doubt it will not be a mark against the UPP," he said.

He said investigations of crimes like De Souza's disappearance was only possible when communities were pacified.

"How many crimes went unpunished before the police's arrival in the hillsides," he said.