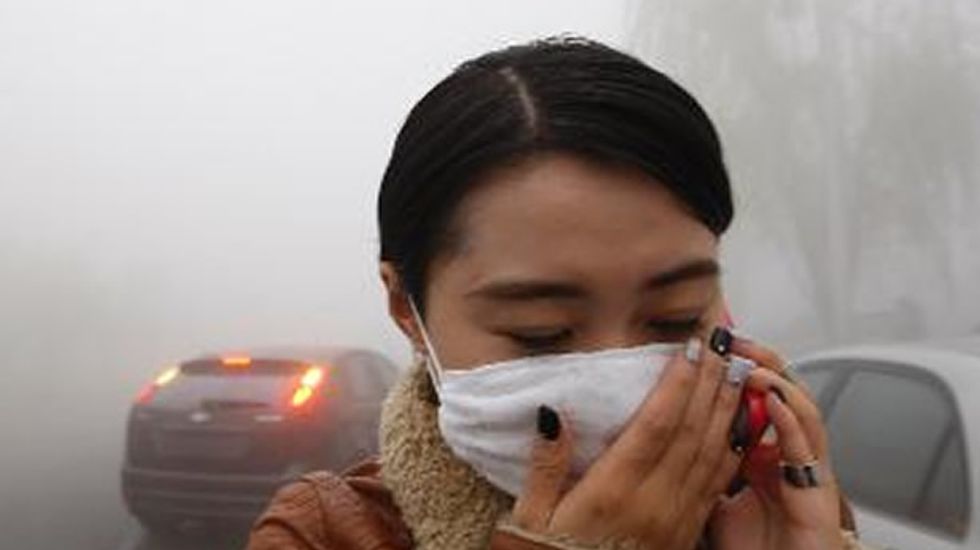 Thick smog enveloped a Chinese city for a third day Tuesday, with schools and a regional airport shuttered and low visibility forcing ground transport to a halt in places.

Air pollution levels in Harbin, a northeastern city of more than 10 million people and the host of a popular annual ice festival, remained far above the levels deemed safe by the World Health Organization.

Images showed the city's roads shrouded in smog, with visibility in some areas reduced to less than 50 metres.

Flights remained severely delayed, after more than 250 flights were cancelled at the local airport on Monday, according to Chinese media.

Monitoring stations on Tuesday morning showed that concentrations of PM2.5, the tiny airborne particles considered most harmful to health, reached 822 micrograms per cubic metre in the city.

That figure was down from Monday's level of 1,000 micrograms per cubic metre but still more than 30 times the WHO's recommended standard.

The overall air quality index remained above 500, the highest level on the Chinese scale.

The smog in Harbin came as it activated its public heating system ahead of the frigid winter, state media said.

In January, thick smog blanketed Beijing -- with similar PM2.5 levels to Harbin this week -- garnering headlines, as well as a nickname "airpocalypse", in news reports around the globe.

At the time, Harbin escaped the worst of the pollution, but huge areas of northern China have been shrouded by smog at various times this year.

Pollution from rapid development and heavy coal use plagues wide swathes of China, prompting public criticism and pledges from the country's leadership to make improvements.