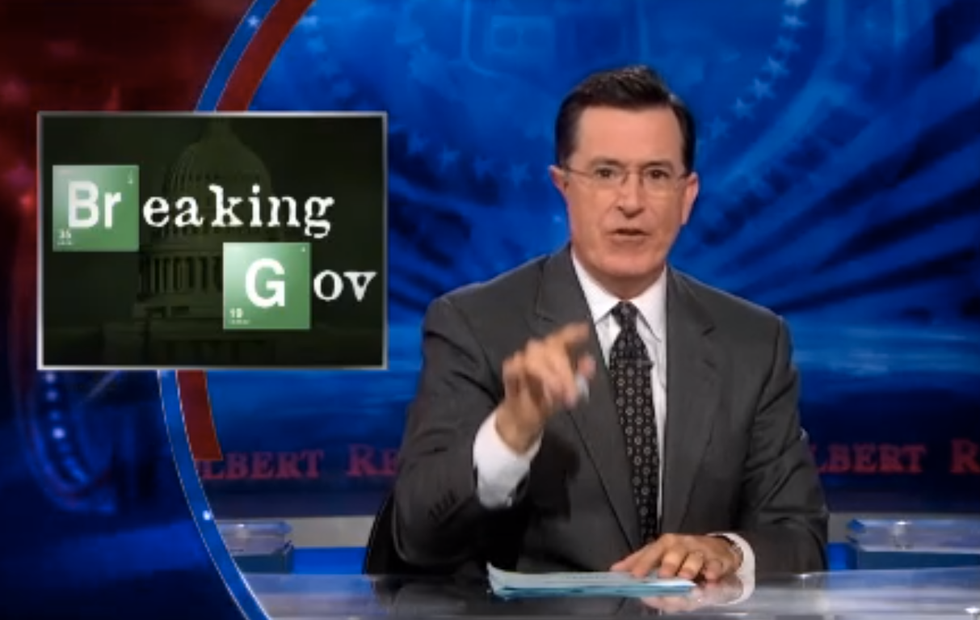 On Monday night's edition of "The Colbert Report," host Stephen Colbert recapped the season finale of the U.S. government, which shut down at midnight on Monday night, thanks to a Republican funding bill that refuses to allow the government to function as long as the Affordable Care Act -- also known as Obamacare -- is the law of the land.

As the screen next to him flashed "Breaking Gov," printed in the style of the TV series "Breaking Bad," Colbert explained how the United States government was a relatable, sympathetic character when it was first introduced in the 1770s. Now, however, 237 seasons later, "it has transformed into an egotistical, self-destructive maniac."