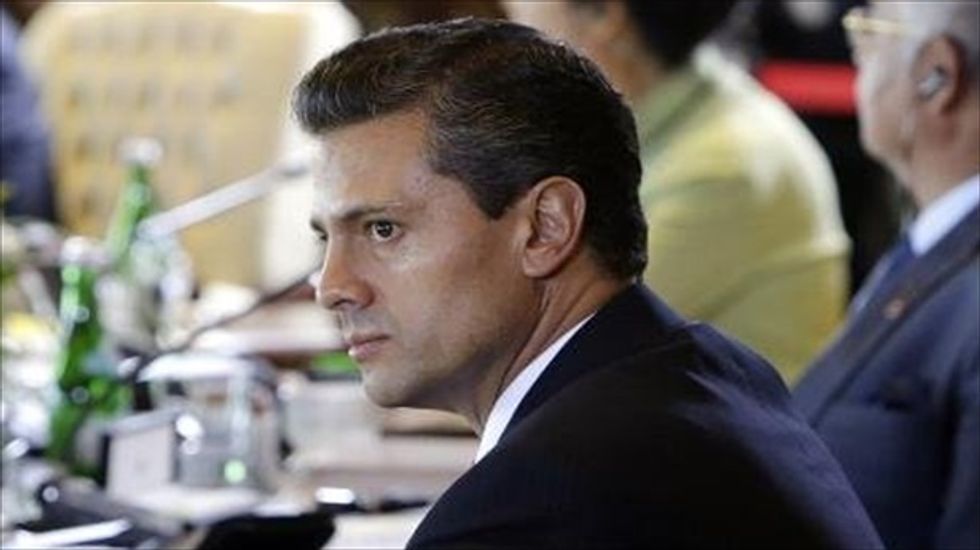 Via lobbying and full-page newspaper advertisements, big companies and health advocates are pressing lawmakers in a fight over soda and junk-food taxes to curb Mexico's obesity epidemic.

The Senate is debating legislation that would impose a five-percent tax on high-calorie snacks such as sweets and potato chips as well as a surcharge of one peso (8 US cents) per liter of sugary drink.

While the reform also seeks to increase income taxes on higher earners, the special taxes on foods and drinks have gained the most attention in a country where 71 percent of adults and one-third of children are overweight or obese.

With the Senate due to vote by month's end, health advocacy groups and industry lobbies have cajoled lawmakers and taken out newspaper ads almost every day for weeks to make their cases.

Pena Nieto said Tuesday his fiscal reform was "obviously controversial" because any overhaul of the tax system will "affect certain interests and generate discomfort among others."

Bloomberg praised Pena Nieto when the Mexican president presented his soda tax plan last month, although a US court rejected the New York mayor's own plan to ban giant soft drinks in restaurants in July.

The food and drink industry argues that such taxes are ineffective because multiple factors cause obesity, but proponents say they are crucial public health measures in the country leading the world in soda consumption.

"That's their fear. Their fear is not the economic impact nor the loss of jobs, that doesn't interest them. What interests them is growth markets and how this could affect the region," Calvillo told AFP.

Calvillo's group, which has benefited from Bloomberg's funding, has lobbied for a soda tax for three years to combat the dual health hazards of obesity and diabetes plaguing the country.

He said the levy could prompt Mexicans to consider healthier choices such as water in a country where per-capita consumption of sugary drinks amounts to 163 liters (43 gallons) per year.

His group has not taken a position on the junk-food tax but it has promoted a two-peso levy per liter of soda, which he said would reduce consumption by 21 percent.

Mexico now has a higher rate of overweight people than the United States and it also has the highest prevalence of diabetes among the 34-nation Organisation of Economic Co-operation and Development.

But the industry as well as an organization representing 72,000 small stores in Mexico warn that the levies would do more harm than good.

Jaime Zabludovsky Kuper, executive president of the consumer-goods industry group ConMexico, said they "stigmatize products that are made with the strictest quality norms" and encourage the proliferation of the informal economy.

Zabludovsky, whose group represents companies such as Kraft and Kellogg's, said he has conveyed ConMexico's concerns to lawmakers and finance ministry officials.

"Mexico is a very important market and it could be a precedent for this to happen in other markets," he told AFP.

Cuauhtemoc Rivera, director of the ANPEC association of small shopkeepers, said sodas are the top products sold in mom-and-pop shops, representing up to 40 percent of their revenue.

"At least four in 10 will face the dilemma and terrible decision of having to close their operations," he said. "This would be the coup de grace."