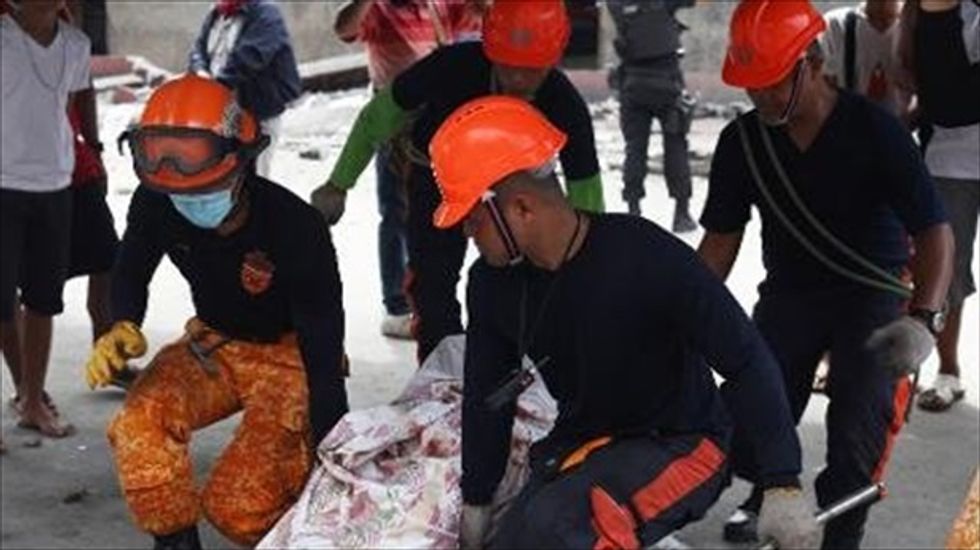 Rescue workers carry a body recovered from the rubble in Cebu, Philippines after a 7.1 magnitude earthquake struck the region on Oct. 15, 2013. [AFP]

The death toll from a powerful earthquake that struck the central Philippines rose to 99 on Wednesday and would likely climb further as rescuers reached isolated areas, authorities said.

A 7.1-magnitude quake struck the island of Bohol on Tuesday morning, destroying centuries-old churches and triggering landslides that engulfed homes alongside coastal highways.

The confirmed death toll rose from 93 on Tuesday night to 99 as authorities gained a clearer picture of the destruction, the civil defence chief for the central islands, Minda Morante, told AFP.

"We expect the number to increase considering there are still areas that need search and rescue (personnel) and there are areas where they need more aid," she said.

Bohol and the neighbouring island of Cebu, which are both popular tourist attractions because of their pristine beaches and historic churches, bore the brunt of the quake. Most of the confirmed casualties were on Bohol.