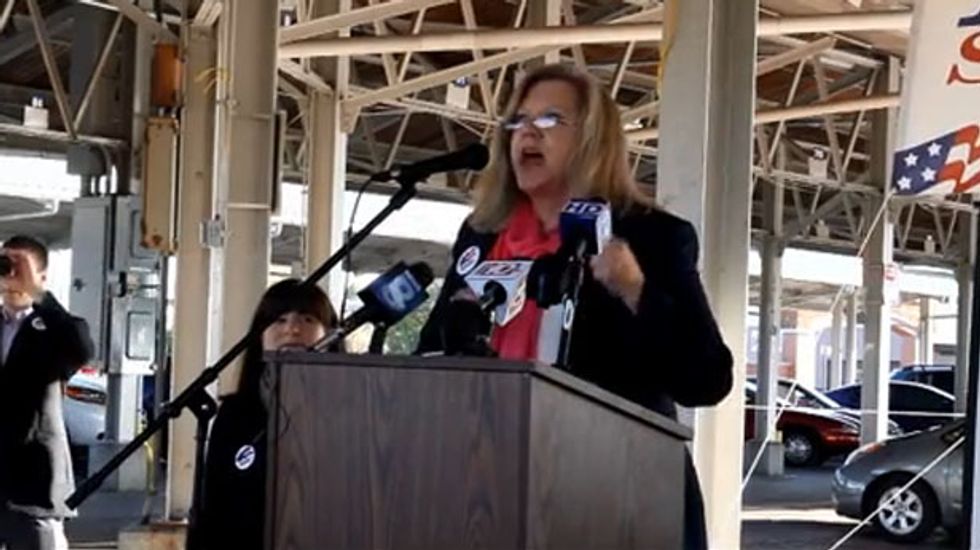 The director of a group which supports women in politics has been promoted to take charge of the Democratic party.

Amy Dacey, a Washington veteran who helped run John Kerry's 2004 presidential campaign, will replace the acting Democratic national committee executive director, Laura Santucci, as the party attempts to capitalise on Republican weakness in the polls ahead of next year's midterm elections.

Previously, Dacey was executive director of Emily's List, which encourages the election of female candidates, particularly on pro-choice issues. Patrick Gaspard, the previous permanent DNC director, was made US ambassador to South Africa after the 2012 presidential election.

Though President Barack Obama's personal approval ratings slumped to a new low on Thursday, party officials are hoping to build on dissatisfaction with Republicans after this month's government shutdown and end the gridlock that has dogged the president's second term by winning control of the House in 2014.

Dacey joins a number of women at the top of the Democratic organisation – including DNC chair Debbie Wasserman Schultz, House Democratic leader Nancy Pelosi and possible 2016 presidential candidate Hilary Clinton – at a time when the two parties are seeing increasingly divergent appeal to women voters.

Socially conservative Republicans such as the Virginia gubernatorial candidate Ken Cucinelli are helping Democrats leap ahead in recent polling, by driving away women voters with their perceived hardline views on abortion. Cucinelli, for example is polling neck-and-neck with the Democrat Terry McAuliffe among men ahead of next week's election, but trails his rival by 24 points among women.

A number of up-and-coming female Democrats, such as Texas state senator Wendy Davis, have leapt to national attention by challenging socially conservative Republicans; Senate women such as the Maine Republican Susan Collins were credited with helping end the government shutdown by bridging partisan divides.

Dacey has a pedigree that goes far beyond gender politics, however, with a long background in campaigns and labour unions, where she was government relations director for the growing service-sector union, SEIU. Dacey's first job was at the National Foundation of Women Legislators; she has also worked as a campaign manager for New York representatives Maurice Hinchey and Louise Slaughter.

Announcing the appointment, Wasserman Schultz, a congresswoman from Florida, described Dacey as a "a seasoned, talented leader".https://twitter.com/DWStweets/statuses/395906732867981312

Dacey also broke the news of her appointment on Twitter, saying she was "thrilled to announce" the "new opportunity as we all work to win in 2014 and plan for 2016".