Ex-Georgian minister on the lam detained in France 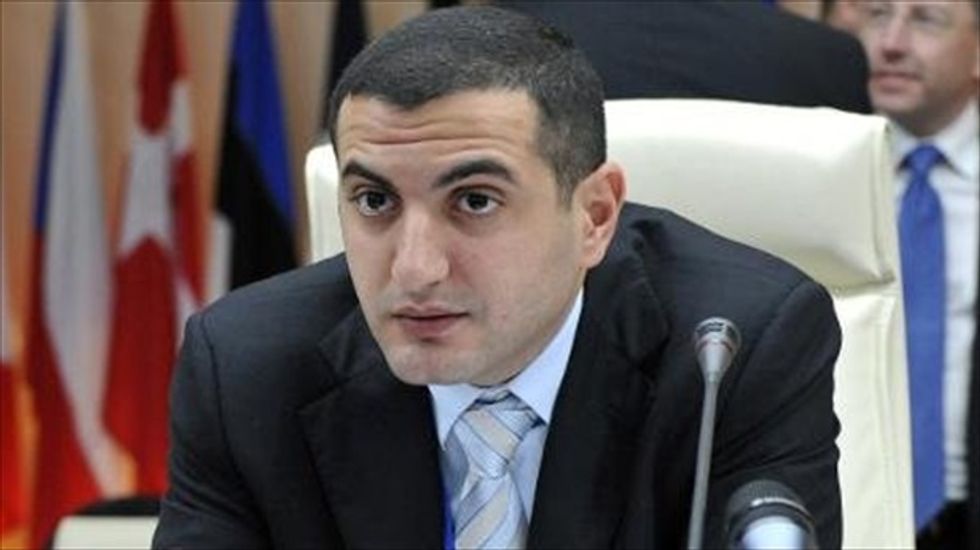 A picture taken on Oct. 10, 2008 shows then Georgian Defence Minister Davit Kezerashvili prior to the NATO-Georgia Commission session in Budapest. [AFP]

Davit Kezerashvili, a close ally of outgoing president Mikheil Saakashvili, was detained Monday at the Nice airport just before 1:00pm (1100 GMT), as he was trying to board a flight to Tirana, the capital of Albania, the police source said.

"He was stopped by border police during an identity check. The police realised that he was the target of an international arrest warrant," the source said.

Kezerashvili will now face an extradition hearing to determine whether he should be sent back to the Caucasus nation.

He was placed in custody in Aix-en-Provence, about 30 kilometres (20 miles) north of Marseille, a judicial source told AFP.

Kezerashvili, who also headed the financial police, was charged in January with taking a bribe of $12 million (nine million euros) to facilitate alcohol smuggling in the ex-Soviet nation.

The case against Kezerashvili was one of a string of investigations launched against Saakashvili allies after his party lost October 2012 parliamentary polls to a coalition headed by billionaire Prime Minister Bidzina Ivanishvili.

Saakashvili, who will leave power when his second term ends after elections later this month, has dismissed the investigations as a political witch hunt against himself and officials from his government.