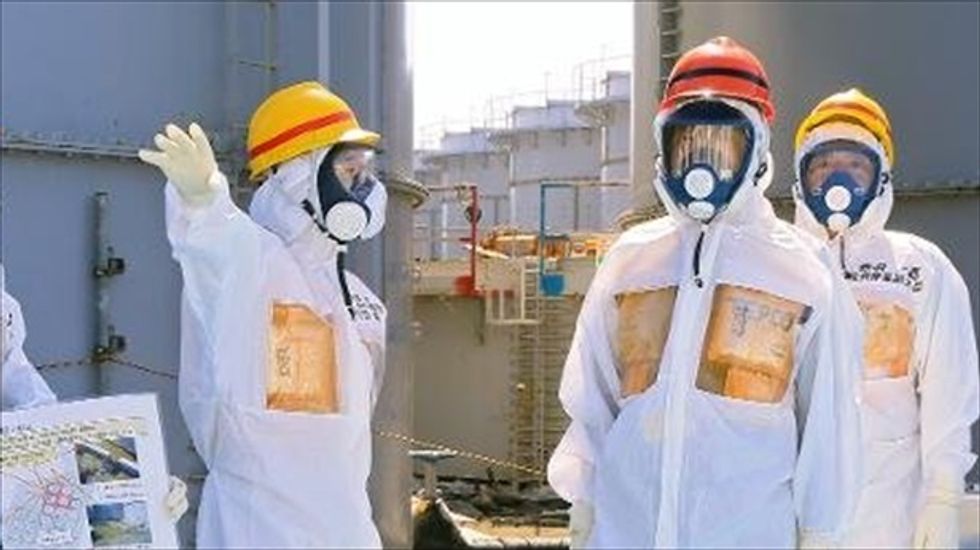 Workers were pumping rain water that was trapped in a concrete gutter into an empty 12-tonne tank that sat on open soil, said a spokesman for Tokyo Electric Power (TEPCO).

"Work crew started operating the pump around 10:38 am. At 11:50 am, they found water was spilling from the manhole on top of the tank," the spokesman said.

TEPCO has estimated roughly four tonnes of collected rain water might have escaped. The extent of contamination was unclear, the spokesman added, although it was not thought to be highly polluted.

"The water itself was rain water. But it was from the Fukushima Daiichi nuclear plant and could contain radioactive materials," he said, adding: "The water seeped into the ground".

TEPCO has long struggled to control waste water at the plant.

The company poured thousands of tonnes of water onto runaway reactors to keep them cool, and continues to douse them.

TEPCO has so far disclosed no clear plan for disposing of the huge amounts of stored polluted water, which is stored at hundreds of tanks at the plant.

Some tanks have leaked highly radioactive waste water, which might have washed to sea.