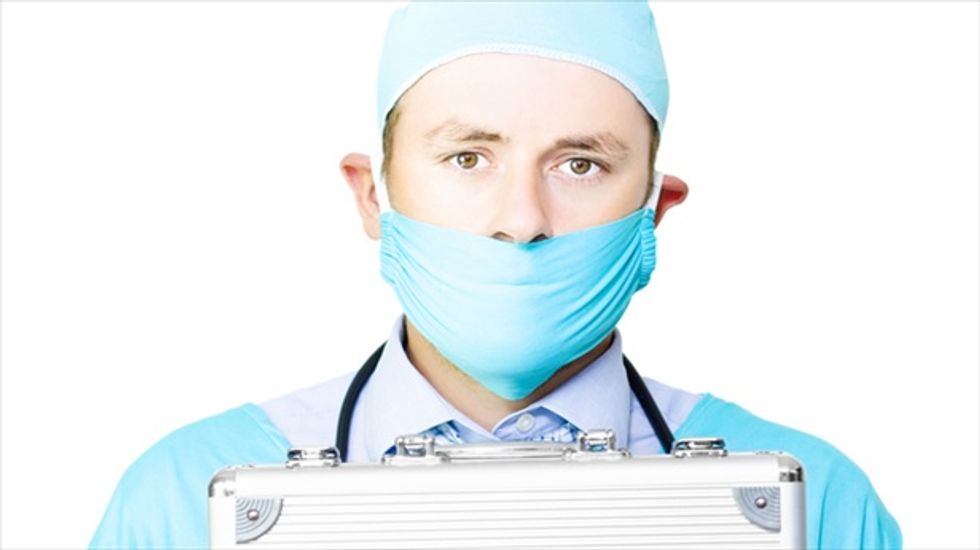 'Young Male Surgeon In A Mask And Gown Holding Up A Small Metal Case Signifying An Organ Donation' [Shutterstock] http://tinyurl.com/ngvuv7q

Successes in preventing and treating head trauma over the past decade has had the unfortunate consequence of fewer organs being available for transplant, according to a new Canadian study.

Researchers at the University of Calgary looked at 2,788 adult patients with brain injuries admitted to hospitals in southern Alberta over a 10.5 year period.

They found that the number of patients declared "brain dead" fell over the study period from 8.1 percent in 2002 to four percent in 2012.

The dramatic drop reflects a falling number of traffic-related deaths and injuries, as well as an increased use of bicycle and ski helmets, and advances in treating head trauma, the researchers said.

While seemingly good news, it is actually bad for anyone in need of an organ transplant, they concluded.

"This finding may reflect positive developments in the prevention and care of brain injury," the researchers said.

"However, organ donation after neurologic death represents the major source of organs for transplantation.

"Thus, these findings may help explain the relatively stagnant rates of deceased organ donation in some regions of Canada, which in turn has important implications for the care of patients with end-stage organ failure."

The findings were published this week in the latest issue of the Canadian Medical Association Journal.

[Image: "Young Male Surgeon In A Mask And Gown Holding Up A Small Metal Case Signifying An Organ Donation" via Shutterstock]