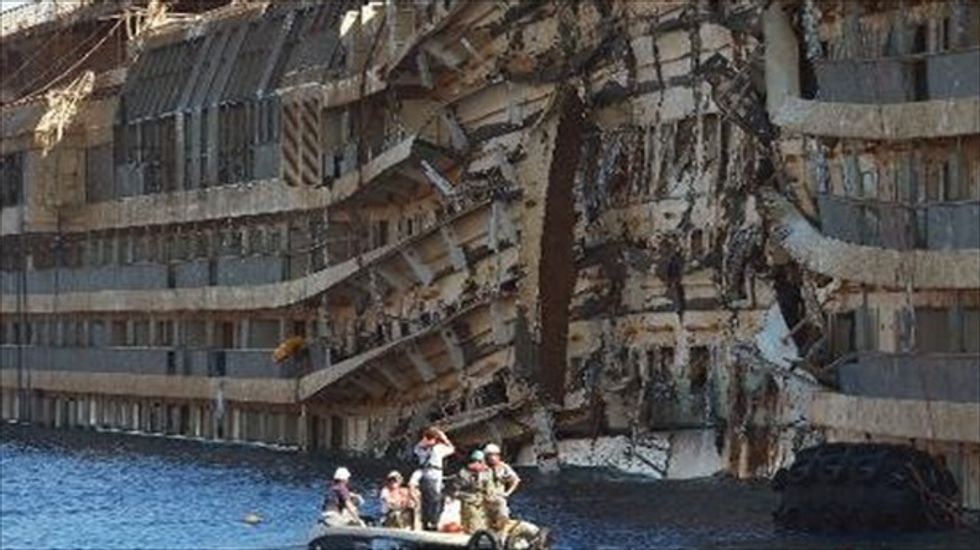 Italian rescuers have found more human remains on the wreck of Italy's Costa Concordia, which are believed to belong to one of two victims who are still missing, the civil protection agency said Tuesday.

The "remains of a human body, which could be one of the two missing, an Indian waiter" were found on the third bridge of the cruise-liner which crashed off the tiny island of Giglio in January 2012, said Francesca Maffini, the agency's spokeswoman.

"Several elements lead us to say it could be the body of the young Indian waiter," Maffini said in a statement, adding that the man's family had been informed of the discovery.

The search for the wreck's two remaining bodies began in late September after the 114,500-ton ship was lifted upright in the biggest salvage operation of its kind.

Italian divers already found some bones near the central part of the ship on September 26, raising hopes that the two missing bodies will finally be located.

Those bones are undergoing scientific tests, including DNA testing, to allow for identification.

The ship's captain, Francesco Schettino, is on trial for multiple manslaughter, abandoning ship before all the passengers had been evacuated and causing environmental damage.

The Costa Concordia crashed into a group of rocks just off the tiny island of Giglio with 4,229 people from 70 countries on board.