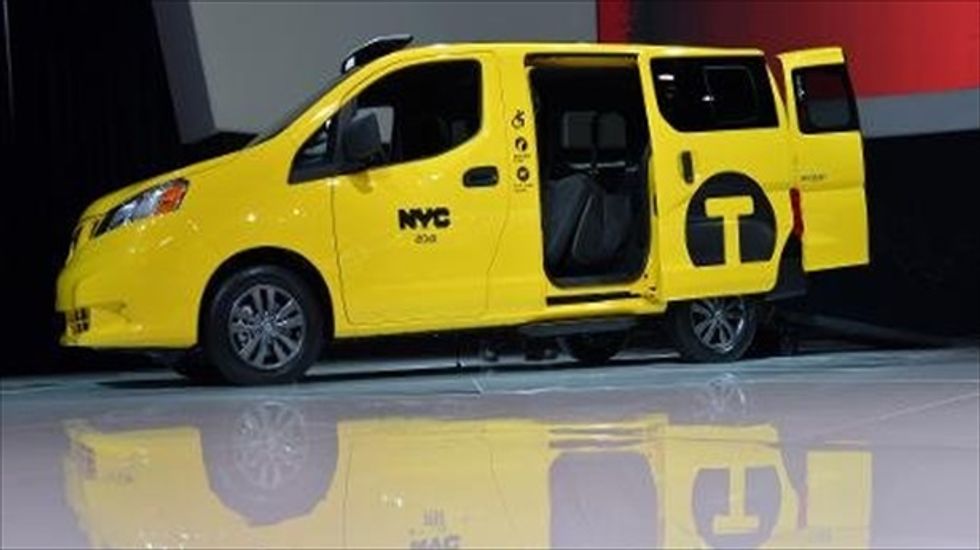 The plan by Mayor Michael Bloomberg's administration to create the "Taxi of Tomorrow" with a fleet of Nissan minivans breached the authority of the New York City Council, State Supreme Court Justice Shlomo Hagler said in a ruling issued late Tuesday.

A top Bloomberg administration official vowed to appeal the ruling, while a Nissan spokesman said the car giant was evaluating "next steps" regarding the exclusivity contract. Nissan still plans to sell the cars in New York this month.

"We are disappointed in the court?s decision, but it will not prevent our plan to start upgrading the NYC taxi fleet with the Nissan Taxi of Tomorrow at the end of the month" the Nissan spokesman said.

Hagler concluded that the New York City Taxi and Limousine Commission (TLC), the agency that picked Nissan in 2011 as the exclusive provider of New York cabs, "went beyond its prescribed regulatory authority in the City Charter."

"The notion that New York City should have one exclusive 'iconic' New York City taxicab is a policy decision that is reserved for the city council," Hagler said.

The ruling could doom a major Bloomberg initiative only months before the three-term mayor is due to leave office. The selection of the Nissan NV200 minivan was estimated to be worth $1 billion to the Japanese carmaker.

"We believe the court's decision is fundamentally wrong, and we intend to appeal immediately," Cardozo said in a statement. "It was well within the TLC's authority to authorize the Taxi of Tomorrow."

TLC Commissioner David Yassky praised the cabs as "by far the safest taxicab ever designed" with superior legroom and other amenities. "We remain committed to bringing it to the riding public," Yassky said.

The suit was filed by the Greater New York Taxi Association, which represents hybrid and wheelchair-accessible cab owners, and Evegny Friedman, who owns a leading New York City cab fleet. The Nissan cabs have been criticized for lacking a hybrid option and because they are inaccessible to people with wheelchairs.

Steve Mintz, an attorney with Mintz & Gold who represents the plaintiffs, applauded the ruling.

"They don't have the power to do this and that's the civic lesson that's being taught the Bloomberg administration," Mintz said. "The mayor does not set social policy."