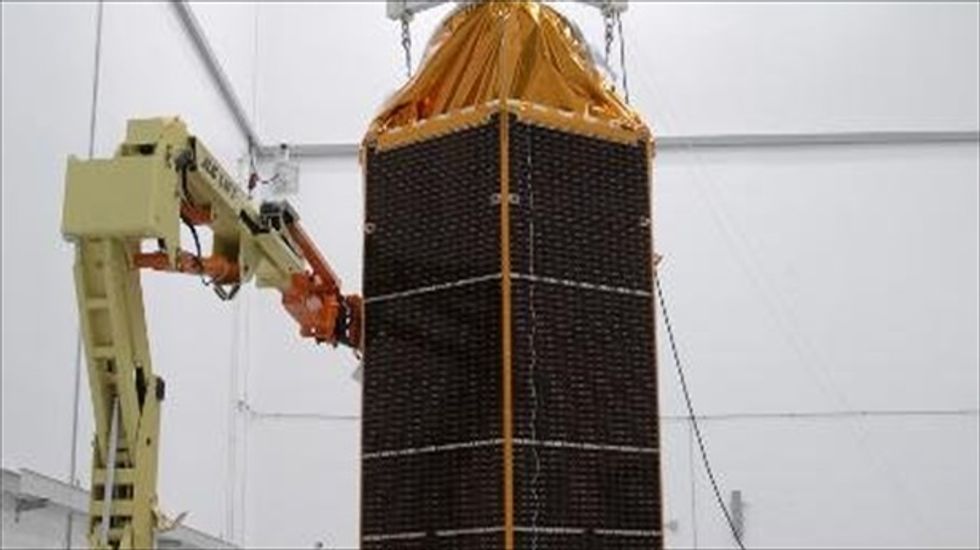 An Earth-sized planet far beyond our Solar System has been found to have a similar mass to our planet, said researchers Wednesday engaged in the hunt for other habitable worlds.

While Kepler-78b is not a hospitable place, with surface temperatures exceeding 2,000 degrees Celsius (3,600 degrees Fahrenheit), confirmation of its mass and density was hailed as a good omen for the discovery of other Earth-like planets.

In separate papers in the journal Nature, two groups of scientists said they had independently measured Kepler-78b's mass -- one team put it at 1.69 times that of Earth and the other at 1.86 times.

Their calculations of the exoplanet's density were 5.3 and 5.57 grams per cubic centimetre, respectively -- also similar to Earth's 5.5 grams and implying a composition of rock and iron.

This made Kepler-78, which orbits its star every 8.5 hours, the exoplanet most similar to Earth for which the mass, radius and density has been determined.

"Its existence bodes well for the discovery and characterisation of habitable planets," Drake Deming of the University of Maryland's astronomy department wrote in a comment on the papers, also carried by Nature.

The study of exoplanets, those beyond our Solar System, is aimed at finding possibly habitable Earth-like planets orbiting Sun-like stars.

Most of the exoplanets identified at first were gas giants orbiting at scorchingly-close distances to their stars -- that is until NASA's planet-hunting Kepler space telescope, launched in 2009, started discovering thousands of rocky and icy exoplanets.

The size of these planets is measured by the amount of light they block when they pass in front of their parent star, and Kepler has revealed that Earth-sized planets are "abundant" in our Galaxy, wrote Deming.

But a planet's composition is much more difficult to determine.

In the case of Kepler-78b, its proximity to its host star made it easier to measure the "Doppler shift" effect it exerted -- influencing the star's motion with its gravitational force.

"But that boost of the Doppler signal comes at the price of a hellish environment," wrote Deming.

"A view from the surface of Kepler-78b would be dominated by the blazing disk of the star filling about half of the sky from horizon to zenith. According to current understanding, the chances of life in such an environment are nil."

In order to host life, and allow water to flow in liquid form, a planet must be at a distance from its star that allows surface temperatures to be neither too hot nor too cold.

Nevertheless, Kepler-78b is an "encouraging sign" in the search for extrasolar habitable worlds -- not least because it showed there were other planets like Earth composed of rock and iron.

Kepler-78b "foreshadows leaps forward in the search for life beyond the Solar System," said Deming.

In January, astronomers using the Kepler telescope said the Milky Way contained at least 17 billion planets the size of Earth, and likely many more.

The Loveland Police Department in Colorado is facing heightened backlash amid the release of body cam footage showing one of its officers tackling a 73-year-old grandmother with dementia. The harrowing footage also serves as a reminder of what Rep. Alexandria Ocasio-Cortez means when advocating for police to be defunded.

According to VICE, a federal civil rights lawsuit has been filed against the Loveland Police Department and three of its officers on behalf of a 73-year-old grandmother named Karen Garner. The lawsuit which details Garner's disturbing arrest also offers a breakdown of her medical condition noting that she suffers from "dementia and sensory aphasia," and has "an inability to understand spoken and written speech."