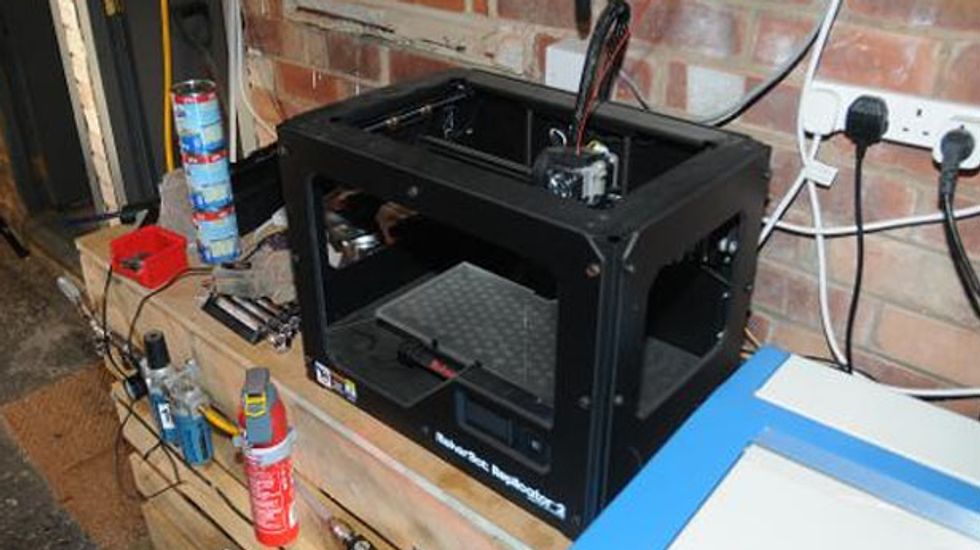 Greater Manchester Police found a 3D printer and what resembles a plastic magazine cartridge and a trigger during a series of raids across the Baguley area of the city.

Experts are assessing whether the parts could be fitted together to make a viable weapon which would be difficult to detect using traditional X-ray scanners.

A man was also arrested late Thursday on suspicion of making gunpowder and is still in custody, according to a police statement.

Detective Inspector Chris Mossop warned gangs were now acquiring technology that can be bought on the high-street for less than £1,000 to produce the next generation of weapons.

"In theory, the technology essentially allows offenders to produce their own guns in the privacy of their own home, which they can then supply to the criminal gangs who are causing such misery in our communities," he said.

The raid was part of a crackdown on more than 160 organised crimes across Manchester.

In the past week, more than 50 people have been arrested for a variety of offences including drugs, firearms and money laundering.

As well as the 3D printer, police seized £330,000 worth of drugs, high-powered air rifles, a Taser and seven high-performance cars.

They also confiscated more than 50 tonnes of fake trainers, watches and clothing worth an estimated £2 million.

The world's first 3D gun was unveiled by US group 'Defence Distributed' in May.

The group spent over a year creating the device and said they would distribute the blueprints online, which prompted law enforcement agencies to warn that criminals would have greater access to firearms.