Mia Farrow admits Frank Sinatra may have fathered her son 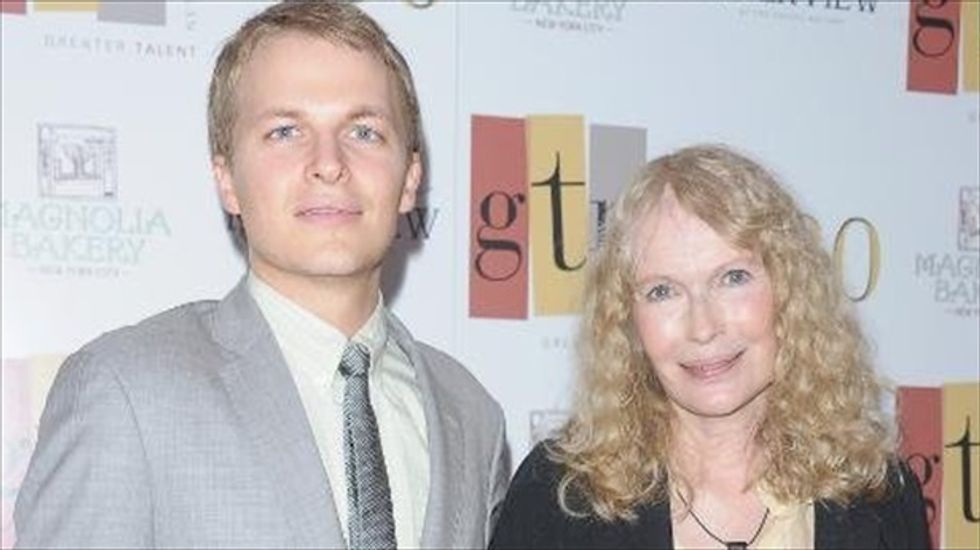 American actress and celebrity campaigner Mia Farrow has admitted Frank Sinatra, and not Woody Allen, may have been the father of her son Ronan.

Speaking to Vanity Fair magazine in an exclusive interview published Wednesday, Farrow described the American crooner and film star as the great love of her life.

Asked whether Ronan, 25, may actually have been fathered by Sinatra, Farrow admitted: "Possibly."

"We never really split up," she is quoted as telling the magazine.

US and tabloid media reports carried photographs Wednesday that showed Ronan and Sinatra with a similar set of piercing blue eyes.

Farrow and Sinatra divorced in 1968 after two years of marriage.

Her subsequent relationship with Allen collapsed in scandal in 1992 when she discovered the Oscar-winning director having an affair with her adopted daughter, Soon-Yi.

Allen and Soon-Yi went onto marry, and Ronan no longer speaks to his father.

No DNA tests have been conducted to determine the paternity of Ronan, a lawyer and former US global youth issues envoy.

If Sinatra had helped conceive Ronan, he would have been in his 70s at the time.

When Vanity Fair asked Sinatra's daughter Nancy about her treating Ronan as part of her family, she replied: "He is a big part of us, and we are blessed to have him in our lives".

But Ronan took to Twitter Wednesday to distance himself from his mother's reported remarks.

"Listen, we're all *possibly* Frank Sinatra's son." His mother retweeted his tweet on her own timeline.