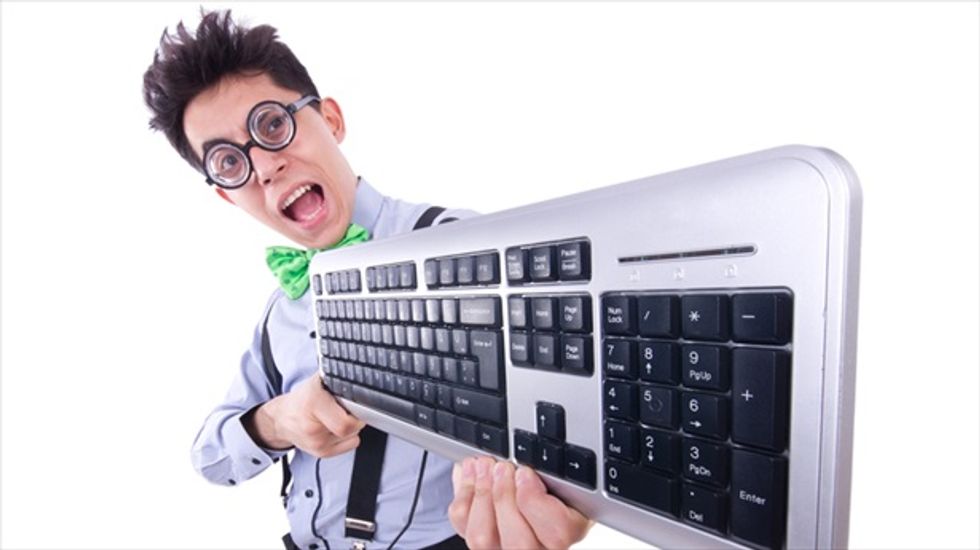 Parents of Gary McKinnon and Richard O'Dwyer back Lauri Love, who is accused of breaking into US military networks

The mothers of Gary McKinnon and Richard O'Dwyer, who faced down US attempts to extradite their sons over hacking and copyright charges, have accused US authorities of targeting "young British geeks" after a vicar's son was charged with breaching US military networks from his home in rural Suffolk.

Lauri Love, 28, is facing 10 years in a US jail after being described by prosecutors as a "sophisticated and prolific computer hacker" who allegedly broke into US army and Nasa networks in an attempt to steal confidential data.

The charges against Love have drawn comparison with McKinnon, who won his decade-long battle against extradition last year after being accused of hacking US government agencies. McKinnon's mother, Janis Sharp, on Tuesday accused US authorities of targeting "young British geeks" and urged Love's family to fight any extradition attempts from Washington.

"They are just young geeks sitting in their bedrooms; they're not murderers, they're not terrorists, they're not selling secrets, they're just searching for information," said Sharp. "Being taken away from your country is a sentence and it is not [in line with the principle of] innocent until proven guilty. Extradition was meant for terrorists, not some young British geek in his bedroom in Suffolk."

US authorities have declined to confirm or deny that they would seek to extradite Love, whom they accuse of hacking several US military networks in a criminal indictment filed in a New Jersey court.

Julia O'Dwyer, whose son Richard won a two-year battle against extradition over copyright charges last year, said: "It's the same old story. America have the most aggressive prosecutors in and world and because the UK is happy to hand people over they keep doing it. America would never hand people over like that. The UK has never requested extradition for an alleged crime when committed on American soil because they'd tell us to clear off."

The family of Love, from Stradishall in Suffolk, was said to be "shell-shocked" and "overwhelmed" at the allegations. His father, Alexander, a vicar at HMP Highpoint North, said he had been told not to comment when contacted by the Guardian on Tuesday.

Love was arrested under the Computer Misuse Act by the UK's National Crime Agency on Friday after an international investigation led by US authorities.

Karen Todner, the solicitor who represented McKinnon, said the details of Love's arrest were "very unclear" and questioned why he would be arrested and interviewed under UK law if he was to be tried in a US court. "We need to make sure that if he is being prosecuted under UK law, then he isn't also facing extradition to the US," she said.

An extradition request would strain relations with Washington at a time of heightened tensions over classified information following the National Security Agency disclosures by Edward Snowden.

Dominic Raab, the Tory MP who has led a campaign for stronger checks against extradition, said that Love could be extradited without proper judicial oversight if US authorities claim that their evidence could compromise national security or damage international relations.

"Under a shabby new law rushed through parliament, without any proper scrutiny, British suspects can now face automatic extradition based on secret US evidence the FBI refuse to share with the UK to allow a trial here," he said. "If that law had been in place when Gary McKinnon and Richard O'Dwyer faced US extradition demands, their feet would not have touched the ground. Whatever the merits of Love's case, the obvious controversy will centre around why he can't be prosecuted here."

Love is alleged to have used the online monikers "peace", "nsh" and "route" to plot the attacks, which were carried out after spotting vulnerabilities in US military websites. He is accused of stealing the personal details of more than 5,000 servicemen and servicewomen, including Nasa workers, with online assaults between October 2012 and this month.

Melanie Riley, co-ordinator of the action group Friends Extradited, said any prosecution of Love should take place on UK soil. She added: "Yet again, vulnerabilities in US IT systems seem to have been exposed by youths with a keyboard. Have they learned nothing from McKinnon case? There's something troubling about the might of the DoJ bearing down on a young man from Suffolk whilst the NSA busies itself with similar activity."