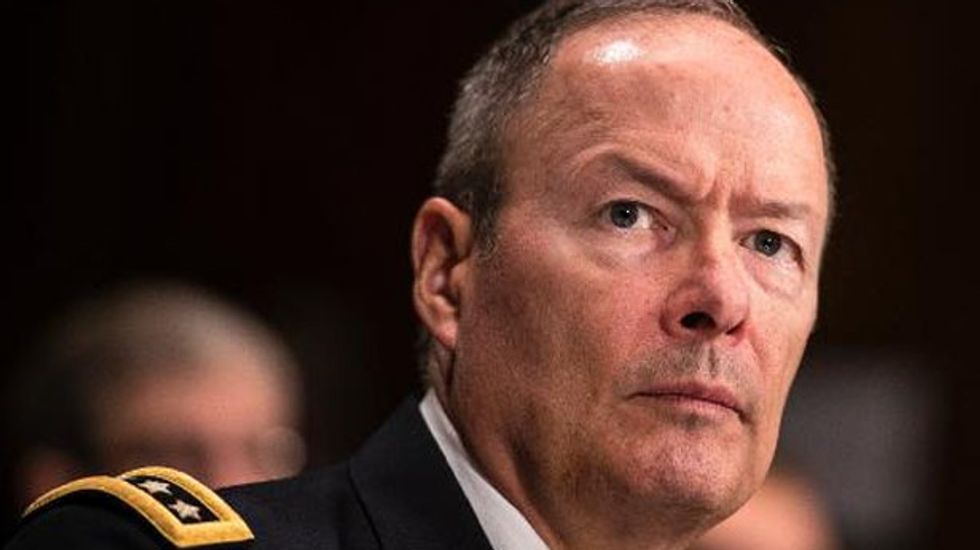 The National Security Agency's director said Tuesday he is open to storing telephone records in a neutral "repository" to alleviate concerns about government snooping.

General Keith Alexander, speaking about the controversy over bulk collection of phone "metadata" said his personal view is that more transparency would help restore public trust in the secret intelligence service.

"I believe it is in our nation's best interest to put all this phone data into a repository where you the American people know what we are doing with it," Alexander told a cybersecurity forum sponsored by the news organization Politico.

But Alexander said the spy agency still should have access to such data to deal with any terrorist threats from overseas.

Alexander repeated his contention that only a small number of phone records -- less than 300 last year -- were investigated as part of the agency's efforts to thwart terrorist threats stemming from overseas.

Alexander spoke after a key US senator called for an end to the bulk collection and said the intelligence programs had a "trust deficit."

The agency has come under fire following revelations about vast surveillance efforts which collect data on Americans.

Alexander said much of the reporting on the leaks in the programs has been sensationalized, and repeated that the NSA does not routinely listen to conversations or read emails of Americans.