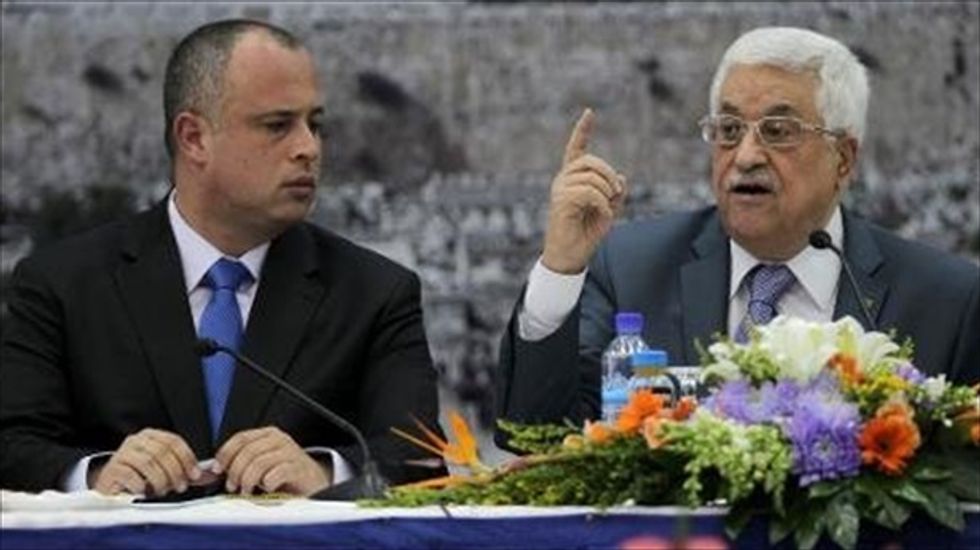 Palestinian president Mahmud Abbas on Monday condemned an attack on a nine-year-old Israeli girl the day before in the West Bank.

"We oppose on principle aggression against anyone, and the spilling of blood," he told a group of Israeli MPs visiting his headquarters in Ramallah.

The girl, Noam Glick, was variously described as having been shot or stabbed in a Sunday attack in her garden in the Psagot settlement near Ramallah.

Police said it was probably a "terrorist" attack.

Medics at the Jerusalem hospital where she was treated said her condition was improving.

Abbas spoke as Israeli forces closed in on an area in the West Bank town of Al-Bira, near Ramallah, in an arrest operation linked to the Psagot attack, an AFP correspondent said.

Abbas objected to the unilateral Israeli operation, insisting the Palestinian Authority should take responsibility for finding the culprits.

"The Israeli army's incursions are unjustified. There's security coordination with us, so why carry out these raids that harm (our efforts)?" Abbas said.

"Seven years ago we (the Palestinian Authority) began security cooperation (with Israel)," he said, describing coordination on security as functioning at "100 percent."

Prime Minister Benjamin Netanyahu had condemned the "hateful attack" in Psagot and said he held the Palestinian leadership responsible even though the attack took place in an area of the occupied West Bank under full Israeli control.

"As long as the incitement continues in the Palestinian official media, the Palestinian Authority cannot absolve itself of responsibility for events of this sort," he said at the start of the weekly cabinet meeting on Sunday.