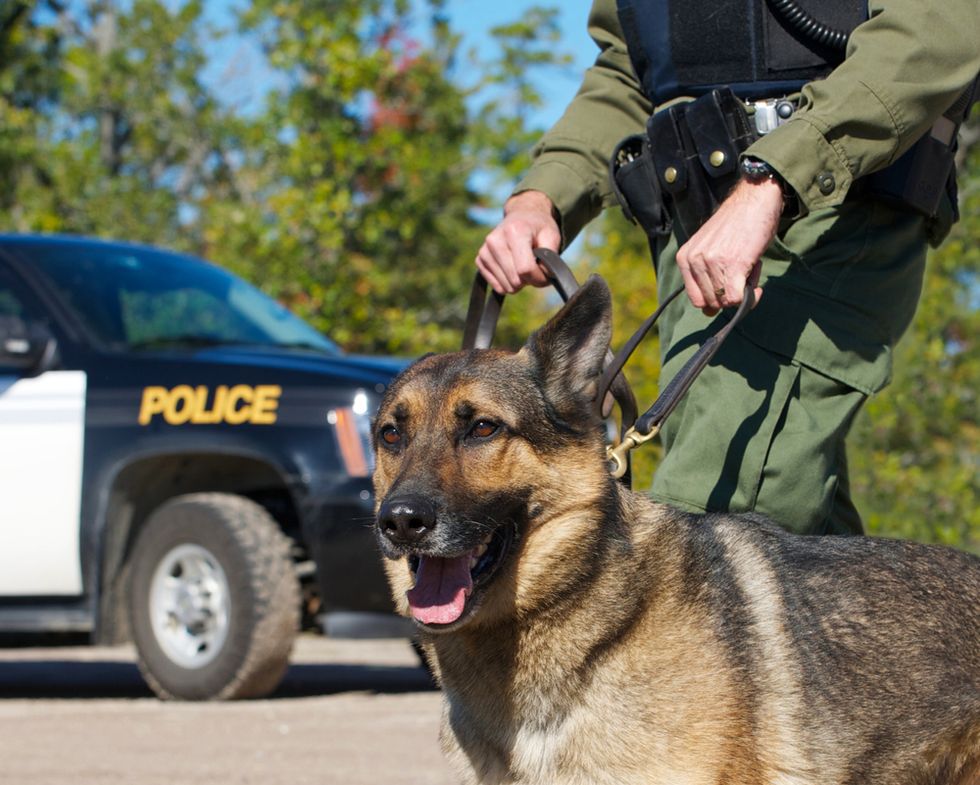 A classroom demonstration in Brazil, Indiana went awry last week when a police dog attacked a fifth grade boy. According to the Brazil Times, police officers visiting the school were conducting a mock drug raid on Oct. 17 when the dog bit the boy and left him with puncture wounds to the leg.

Officers intended to demonstrate that drug-sniffing dogs can detect even the smallest amounts of an illegal substance on an individual. They assembled a row of students, planting a small amount of illegal drugs on one boy.

Brazil Police Chief Clint McQueen told the Times that the dog, Max, and his handler, Ray Walters, have conducted these types of demonstrations uneventfully before.

"It was an unfortunate accident," McQueen said. "Wish it hadn't happened like that but it did. We are trying to evaluate (the incident) to make sure nothing like this happens again."

The classroom demonstration was carried out ostensibly to educate the group of fifth graders "on drug awareness."

As the dog approached the group of students, one boy abruptly flinched away from the dog, causing it to lunge and bite him on the leg.

The boy was transported to St. Vincent Clay hospital by ambulance, although his injuries are characterized as minor ones. Max, the dog, has been taken out of service pending a battery of veterinary tests.

[image of police dog and handler via Shutterstock.com]