Russia claims to have 'found drugs' aboard Greenpeace ship 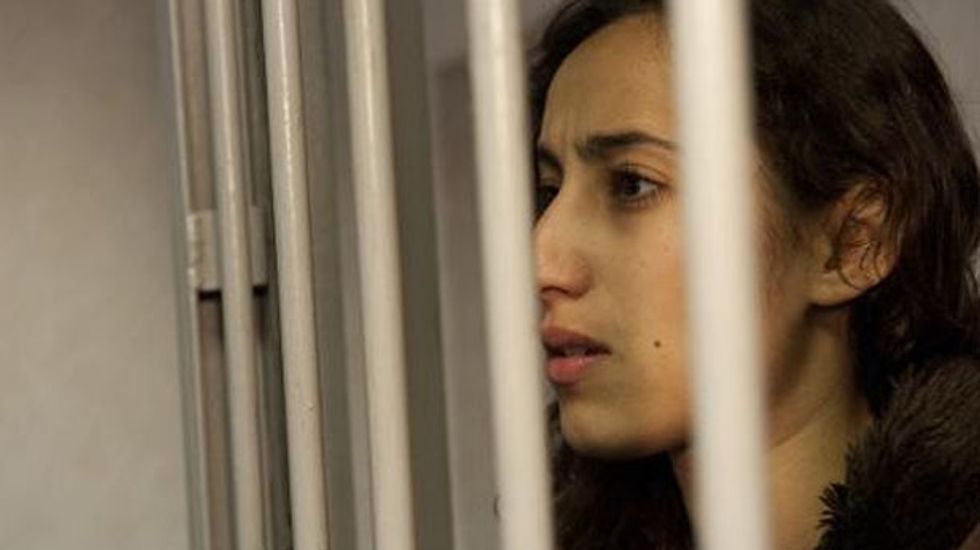 Russian investigators said Wednesday several of the 30 Greenpeace activists already charged with piracy over an open-sea protest were set to face new charges for "other grave crimes" after finding drugs on their ship.

The environmental group vehemently denied the charge that their vessel, the Arctic Sunrise, had carried illegal drugs, calling the allegation a "smear."

The Investigative Committee said the authorities had found "narcotic substances" on the Dutch-flagged Arctic Sunrise detained by Russia after Greenpeace activists staged a protest against Arctic oil drilling last month.

They added that some of the equipment on the vessel was of "dual purpose" and "could have been used not just for ecological purposes."

Russian security services seized control of the icebreaker and towed it into Murmansk nearly 2,000 kilometres (1,243 miles) north of Moscow and above the Arctic Circle.

The ship was repeatedly searched after the activists were placed in detention.

Investigators also said that they were working to determine who exactly "rammed coastguard motor boats on purpose, preventing border guards from fulfilling their duties" and putting their life and health at risk.

"Taking into consideration the data received in the course of the investigation of the criminal case, the charge already filed against everyone is set to be adjusted," the Investigative Committee said.

"It's obvious to the investigation that a number of individuals will be charged with committing other grave crimes," it said.

The "narcotic substances" confiscated during the search are "presumably poppy straw and morphine," investigators said.

Poppy straw is used to produce opium. Painkiller morphine is subject to strict rules in Russia on how it must be stored by medics.

"Any claim that something other than medical supplies was found should be regarded with great suspicion," Greenpeace said, adding the ship was searched with a sniffer dog in Norway.

"Nothing was found because nothing illegal was on the ship."

The group added the vessel had stored "certain medical supplies" in a safe to which only the captain and the doctor had access.

"The safe was broken into by the Russian authorities during the searching of the ship."

Last week, Russian investigators charged the ship's 30 activists from 18 countries, including a freelance photojournalist and freelance videographer, with piracy which carries a punishment of up to 15 years in prison.

The activists were last month placed in pre-trial detention for two months.

Earlier Wednesday, Greenpeace chief Kumi Naidoo asked for a meeting with President Vladimir Putin, saying he was willing to travel to Russia at any moment to secure the activists' release.

"Were our friends to be released on bail, I offer myself as security against the promise that the 28 Greenpeace International activists will answer for their peaceful protest according to the criminal code of Russia," he said in an open letter to Putin.

Putin's spokesman Dmitry Peskov said the the Kremlin was aware that the letter was delivered to the Russian embassy in the Hague but said such a meeting was not being considered now.

Putin has said that the activists "of course are not pirates" but his spokesman Peskov later said the Kremlin strongman had expressed his personal opinion.

The unusually harsh charges prompted protest rallies around the world over the weekend, with celebrities like actor Jude Law and fashion designer Vivienne Westwood joining in.

Earlier this week a Greenpeace lawyer said the activists had to endure "inhuman conditions" in their jails.